Ruhi Singh does not shy away from taking bad boys to task in real life. The model-turned-actor will be doing the same thing in the upcoming action thriller web series Bang Bang by ALTBalaji and will be performing her own stunts. The Mumbai-based Calendar Girls actor who feels that every woman should learn some form of self-defence has also raised her voice against domestic violence with the short film That Neighbour's Wife. The Jaipur-born is steadily charting her way in the industry and here she talks about doing stunts in high heels, plans of getting into filmmaking and more. Excerpts:

The trailer of Bang Bang reveals it will be action-packed and you will be doing stunts. Tell us more.

I was thrilled when the role was offered to me. It’s something I have always wanted to do. I have grown up watching Xena – The Warrior Princess and Angelina Jolie has been a big inspiration. I was already getting trained in Shaolin Kung Fu before even the project was offered to me. And that training came in handy. In fact, we could shoot the trailer because of my expertise in martial arts. I am doing all the stunts in the show and the experience has been amazing so far.

How tough was it doing stunts in high heels?

It no doubt looks killer on the screen but it also kills you! However, my fashion background helped me here as I can run a marathon in stilettoes!

How relatable is the character?

Like the character in Bang Bang, I take bad guys head-on. I cannot tolerate eve-teasing and I have given it back to the bad boys on the road. I love action and as a woman it makes me feel empowered. Also, I believe every woman should learn some form of self-defence. I have been very vocal about any kind of harassment whether it is against a man or a woman. Speaking against domestic violence has been close to my heart. I also shot a short film That Wife’s Neighbour to spread awareness. 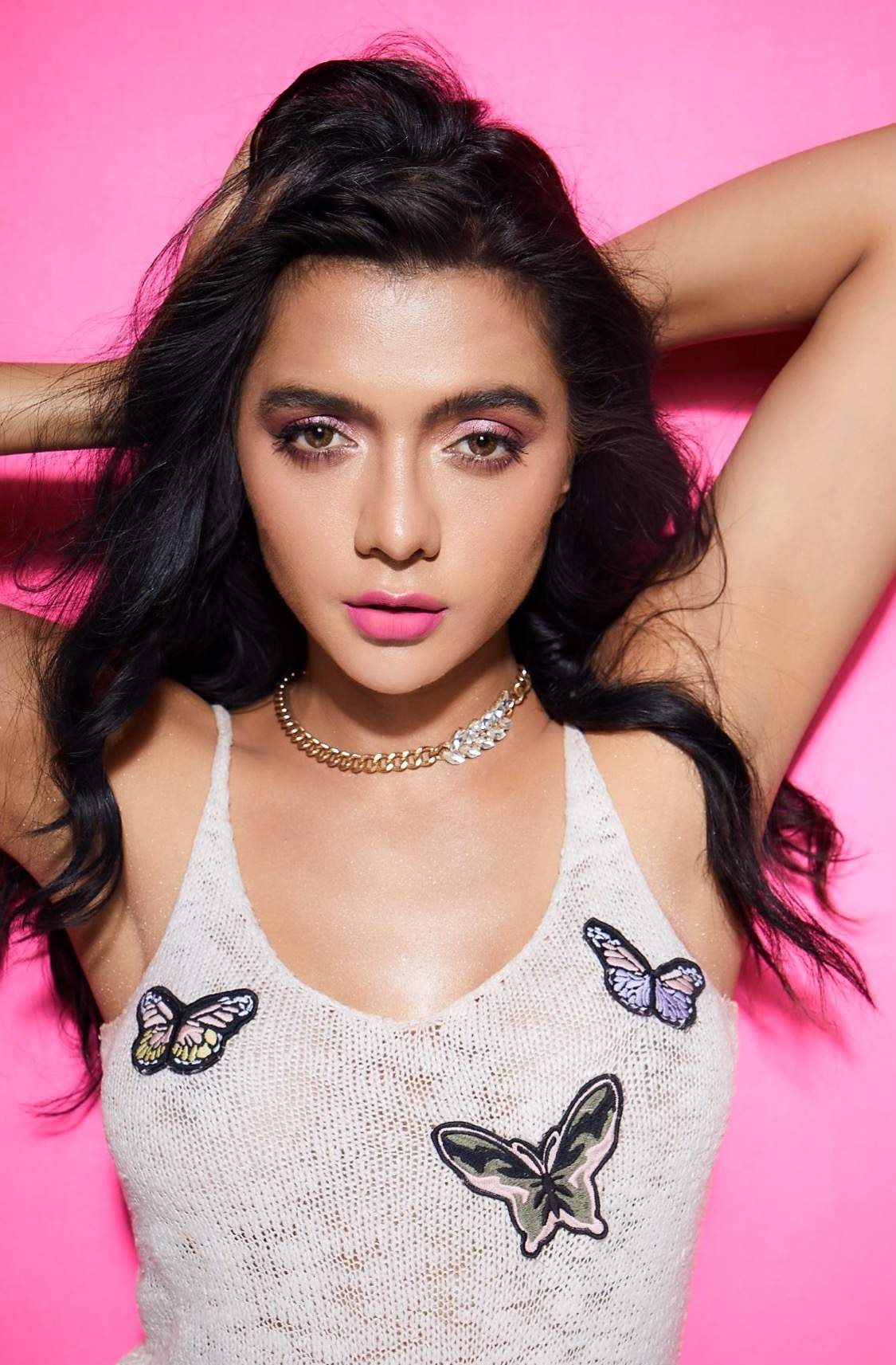 Since you have already shot a film, can we see you venturing into filmmaking?

That Wife’s Neighbour was directed by someone else. However, filmmaking is not a far-fetched idea. Social media has become very big and I have been writing a script. It will be about my experiences of growing in the industry. I might even write a book.

Tell us about your fitness regimen.

Fitness is a way of life; it’s how I live. I am heavily into sports and I have been thinking of representing my state in skiing. Also, I eat healthily and get proper sleep. I have switched to almond flour recently and it’s doing wonders.

What about your skincare routine?

Skin is about what you eat and how much you eat. Drinking lots of water and having a regular sleep cycle helps. Also, I apply a mixture of gram flour, milk, turmeric and lemon on my face.

Apart from Bang Bang where else can we see you next?

I am awaiting the release of my two films, which has been delayed because of the pandemic. Also, I will be starring in a Telegu film soon.