Oscars red carpet: Five most iconic looks from the Academy Awards over the years

There’s quite a buzz around the 93rd Academy Awards ceremony, which will be held on April 25 (April 26 IST) at Los Angeles. It's not just about the nominations and awards, the Oscars is also a much-awaited event for its red carpet, when Hollywood's top actors and actresses turn out in their best attires. From unconventional sartorial choices to those who set trends, the hottest ensembles are showcased at the event. While we wait for this year's surprises, here's a look at some of the most unforgettable outfits donned by celebrities during previous years. 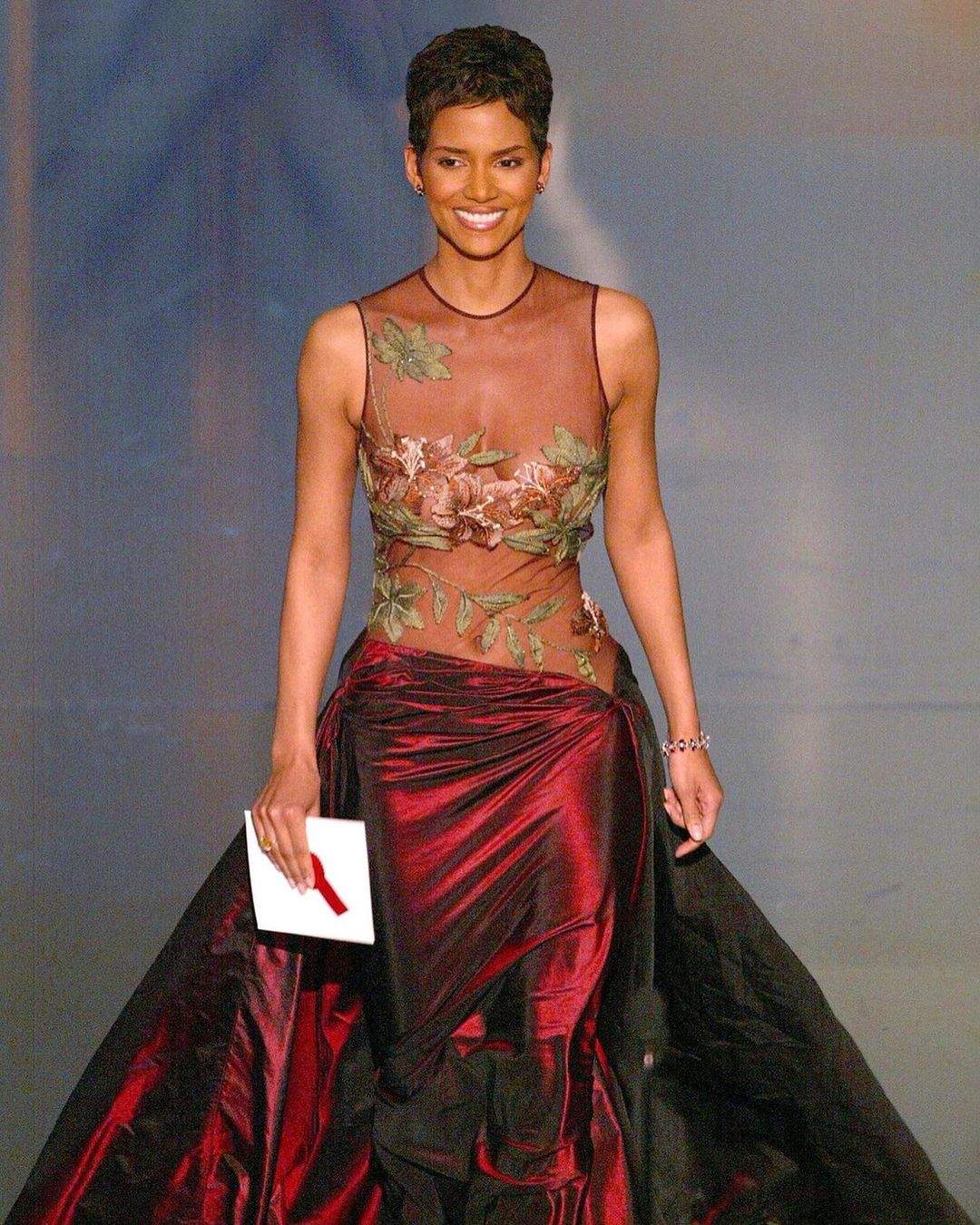 Halle Berry, who created history by becoming the first Black woman to win an Academy Award under the Best Actress category for her performance in Monster’s Ball (2001), received the award onstage in a burgundy gown that continues to be an eye-catcher to this day. Her outfit symbolised boldness with its colour and style, adding to the significance of the moment. The top half of the dress was made of sheer lace, while the bottom half comprised layers of satin. Halle’s hair was styled in a pixie cut. 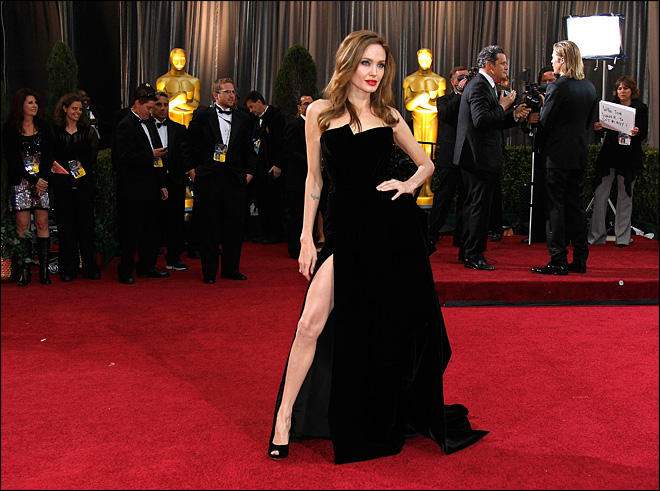 Angelina Jolie, who had worn an Atelier Versace black velvet gown for the 2012 Oscars ceremony, garnered the attention of fans and went viral on social media with her confident, sultry pose where she bared one leg through her thigh-high slit. 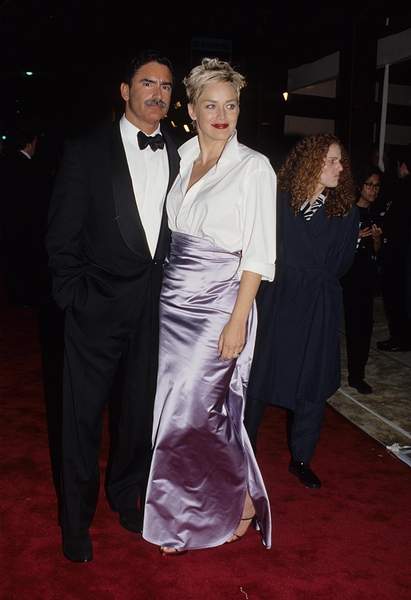 For the 1998 Oscar awards ceremony, Sharon Stone turned up in a formal white button-down shirt from—wait for it—Gap, and complemented it with a lavender-coloured satin skirt from Vera Wang. Simple, elegant, and effective, right? 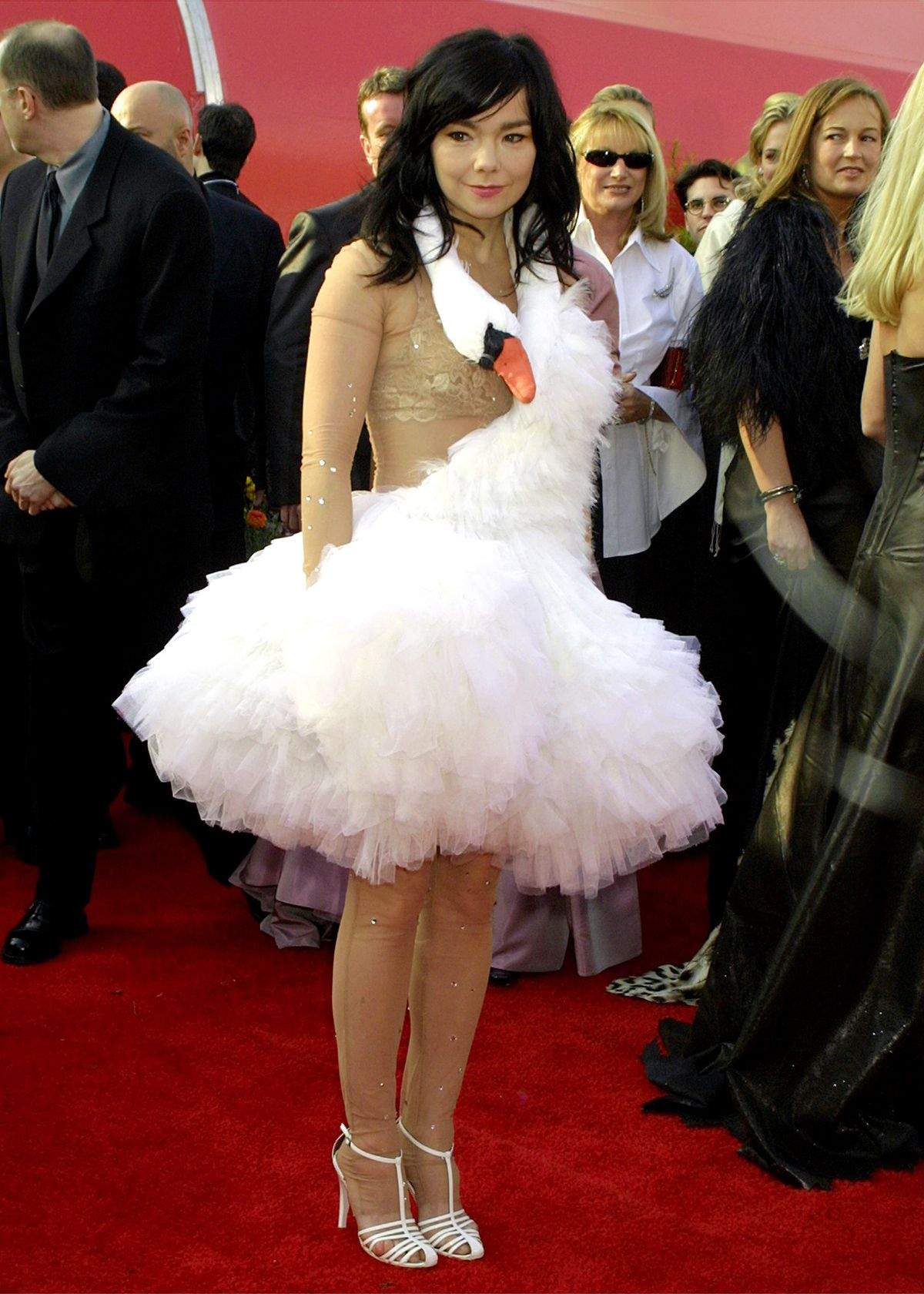 Björk opted for a slightly unconventional outfit—a Swan dress by Marjan Pejoski—for the 2001 Academy Awards. While many believed the dress was a hit-and-miss, others commended her for her bold, out-of-the-box preferences. Singer Céline Dion set off a revolution way back in 1999 for gender-neutral outfits, with her ivory tuxedo and top hat by Christian Dior. The tuxedo let the singer bare her svelte back with it's plunging back that was buttoned up at the bottom.