Speculation was rife that Karan Johar had shelved the movie; however the filmmaker recently cleared the air. "Takht is not shelved. It’s just delayed," he was quoted saying recently. The movie was announced three years ago, and was scheduled to go on floors in 2020. However, the outbreak of coronavirus led to a halt, though pre-production of the movie had begun in 2019. 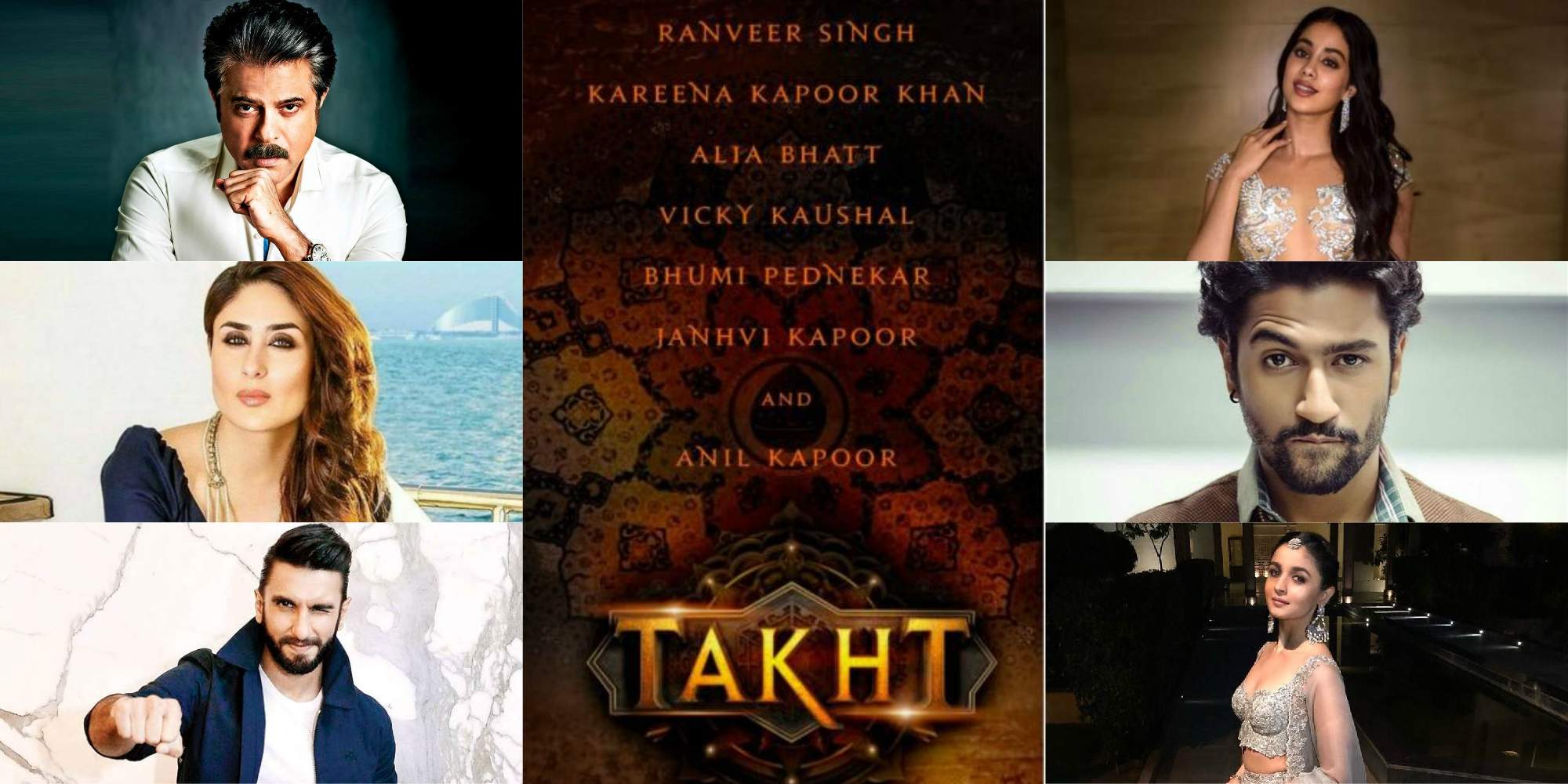 With the shoots resuming post Covid’19, Dharma Productions has a list of movies scheduled like Shakun Batra’s Next starring Deepika Padukone, Jugg Jugg Jeeyo with Varun Dhawan and Kiara Advani as the lead, and Brahmastra with Amitabh Bachchan, Ranbir Kapoor and Alia Bhatt.

Vicky Kaushal, who was last seen in Bhoot Part One: The Haunted Ship in 2020 has completed the shoot of Sardar Udham Singh and will be seen opposite Manushi Chillar in an untitled film by Director Vijay Krishna Acharya. Ranveer Singh had a special appearance in Ghoomketu in 2020. He has wrapped up the shoots of 83 and Sooryanvanshi.