The much-awaited teaser and the poster of Parineeti Chopra’s sports biopic Saina were unveiled yesterday; the film is based on the life of ace badminton player Saina Nehwal. But Tweeters have called out a  really basic mistake in the poster of the film. The poster features a badminton shuttle in the air, but the serve is clearly a tennis serve, and not a low backhand or high forehand serve that players use for badminton. In fact, the rules of Badminton state that the serve should always be done below the server’s waist. An overarm serve would actually be considered a fault. The poster for the film has been criticized for the lack of attention to this basic detail. 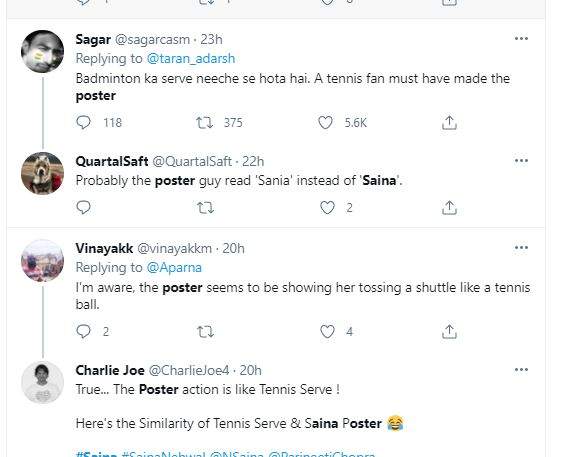 The film that follows a gifted teenager's rise in the world of badminton, is scheduled to release on March 26 and Nehwal herself took to Twitter to introduce her biopic. "I’m so glad to share a glimpse of my upcoming movie, #Saina. Lots of love to the entire team. In cinemas on 26th March," Nehwal tweeted along with the poster.