The minds behind the popular Spotify mystery fiction audio series Bhaskar Bose (the accountant detective who solves crime with his cop sidekick Bikesh) have introduced another thriller podcast on the same platform. Spotify’s newest original podcast I Hear You features Lipstick Under My Burkha star Aahana Kumra as Delhi Special Bureau's ace Detective Priyamvada, a clairaudient cop who uses her powers to solve crimes. The audio series has been directed by radio personality Mantra Mugdha, who also helmed Bhaskar Bose.

“Bhaskar Bose is about to complete its 50th episode and it’s the love we received for that show that made us think about creating another thriller series, which is amazing because I remember when we were starting out with Bhaskar Bose we said, “let’s make five episodes first and see what happens!” But it’s clear now that people appreciate good content irrespective of the format. The kind of numbers Bhaskar Bose is showing, gives us the courage to make another thriller, this time with a clairaudient detective,” Mantra Mugdh tells us. We caught up with Mantra and Aahana to learn more about the 13-part paranormal thriller podcast that’s available for streaming now:

How difficult was it getting into the skin of Priyamvada?

Aahana: I really think I had the best people in the business to hold my hand through it. As an actor you always think I’m very good in front of a camera but you don’t always think of other things. Like I didn’t think my voice was suited to a space like this because in earlier voice auditions I had faced some rejection. But Mantra called me and said I think your voice would be great for this character and the first time he put me in front of a microphone I was very overwhelmed because it’s different from dubbing, it’s about imagining situations which I usually would have acted out in front of a camera which is much easier because there’s a visual back and forth. 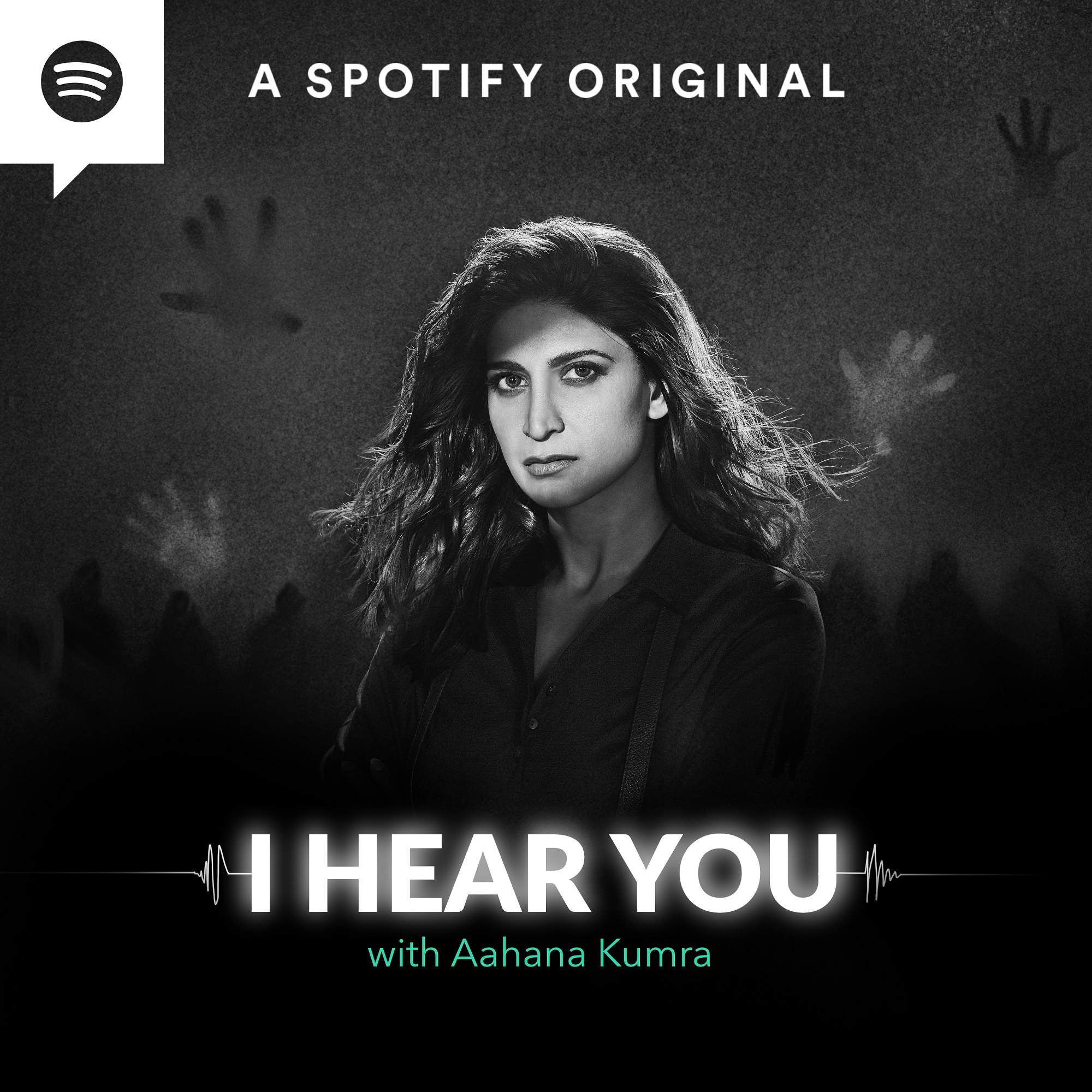 Tell us about the experience of making the podcast

M: I remember it took Aahana half-a-session to find Detective Priyamvada when she faced the microphone on Day 1

A: Yes! Mantra and I go back a long way, and I was very happy when he reached out. I just came in for a casual chat and he put me in the recording room. And then I found out about the audio series, he gave me a script and he gave me a context of the character and I think it was the second take when we got what we wanted. I was worried about being in an enclosed space because I’m usually the one with too much energy. But I realised later that when you’re reading the script and imagining it, it’s like an audio-book, your imagination can run wild and that’s what happened with I Hear You.

How important do you think audio is going to be in the next few years (what with apps like Clubhouse gaining fast relevance)?

M: It’s not a new genre but it’s definitely a new medium of story-telling, and we all enjoy a good story. In the west podcasts have picked up especially because they’re so commute-friendly as a format. When I started with the very first private radio station twenty years back, I said the future is already here, and the kind of strategies Spotify has applied is amazing because it’s obviously helping it expand the listener base