British singer-songwriter Ed Sheeran has been rushed to the hospital with a broken arm after a bike accident in London. The musician collided with a vehicle and was thrown off his motorbike.

He later reassured fans on Instagram that he was alright, writing, 'I've had a bit of a bicycle accident and I'm currently waiting on some medical advice, which may affect some of my upcoming shows. Please stay tuned for further news. Ed x' The message accompanied a picture of his injured right arm, which he typically uses to play his guitar, in a hard cast and his left arm in a sling. 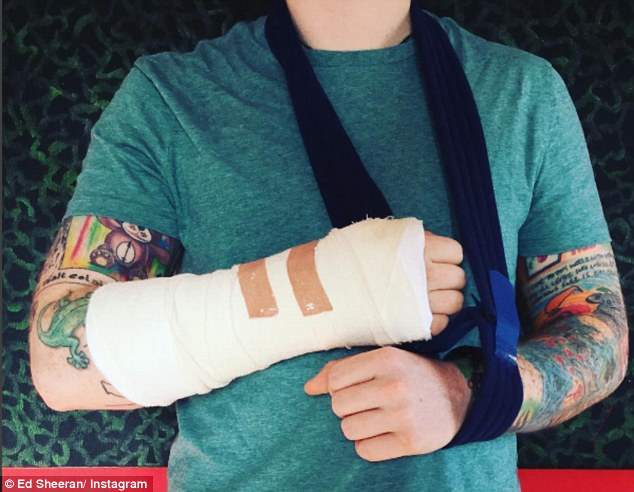 Sheeran is due to begin his Asia tour later this week, but the injury may cause cancellations.