Standing by its philosophy of ‘Fitness is life’, leading fitness brand Reebok has continually encouraged women to be mentally, physical and socially fit. Launched last year, the #FitToFight campaign with brand ambassador Kangana Ranaut inspired women to become better versions of themselves, not just physically but also mentally and socially. It culminated with the brand’s first #FitToFight award ceremony where stories of women heroes like Deepa Malik and Geeta Tandon were recognized. 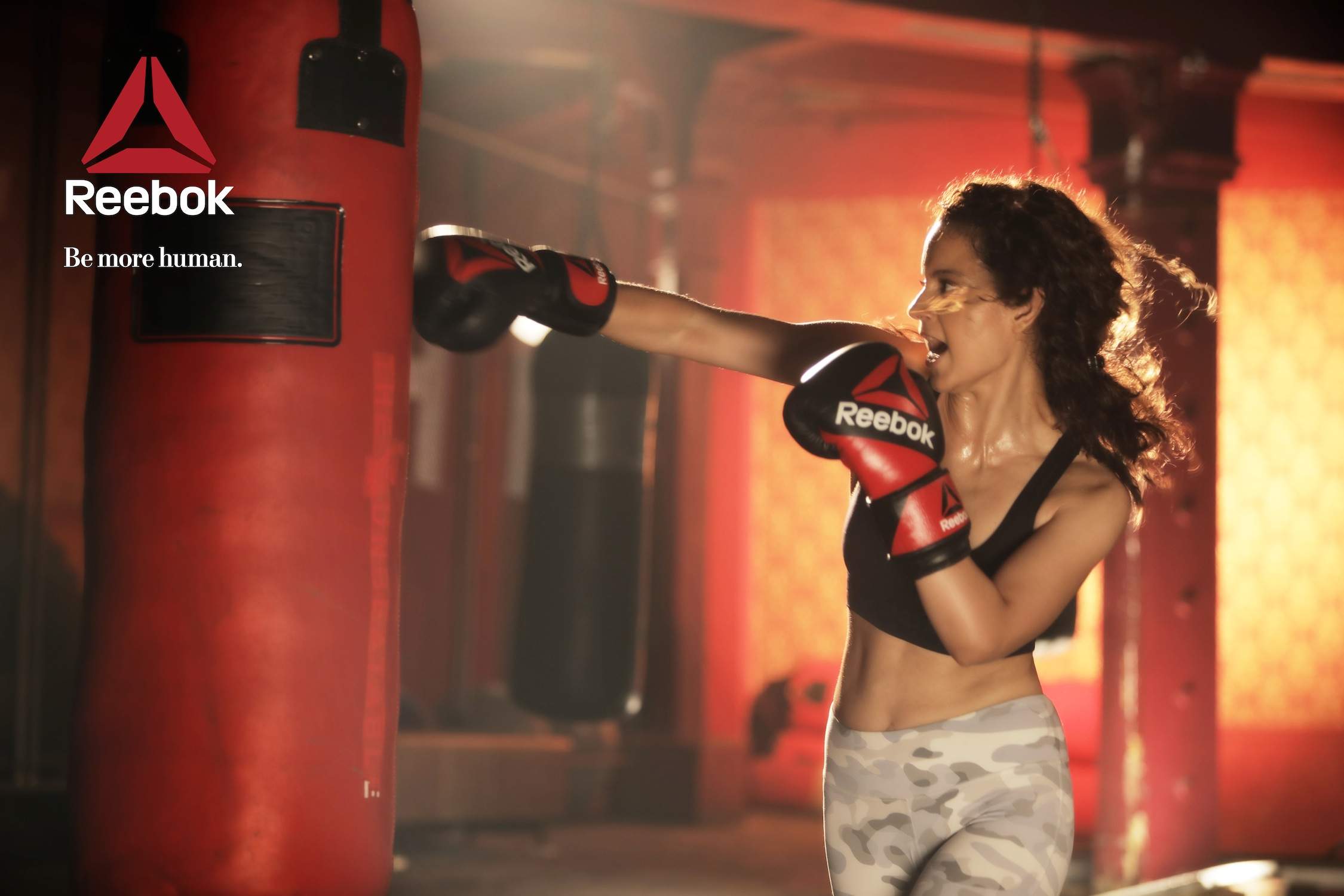 This year the fitness brand is back with #FitToFight 2017 – to fight two looming gender demons of eve-teasing and inequality in pay. Fitness is intrinsic to Reebok’s DNA and being the global pioneers of fitness, the brand’s aim is to encourage consumers to make fitness an important part of their lives and not just a daily habit.

Women across the globe have been stereotyped for centuries – they are expected to behave in a certain way and dress according to what the patriarchal society thinks is acceptable. One of the most insidious stereotypes of all is the widespread belief that girls don't and should not fight. When a man choses to fight against what he believes is wrong he is considered a leader, a fighter and the society puts him on a pedestal. But when a woman chooses to do the same it is deemed as uncharacteristic, un-ladylike, un-graceful or even bossy.

With this campaign, Reebok takes the stands that the world is wrong in their belief that girls don't fight.

A woman is born to be a fierce warrior and what she needs is to bring her latent strength to the forefront in the face of adversity.

‘Girls Don’t Fight’ puts the ordinary Indian woman at its core and shows her how fitness helps tackle the varied challenges imposed on her. The focus is on breaking stereotypes and staring down challenges and in doing so, Reebok aims to break the most perpetuated stereotype faced by every woman and tell the world that girls, in fact, can and do fight.

With Girl’s Don’t Fight, Reebok is propelling women to be mentally, physically and socially fit; to stand up for what is right and fight against injustice and discrimination. The word ‘fight’ is not only a literal depiction but a call to action for those who will not accept the way things are, making it the Reebok slogan for all unsung women heroes. Through the film, the brand reiterates how physical fitness translates into strength of the mind too.

Announcing the second edition of the campaign and talking about this year’s theme ‘Girls Don’t Fight’, Silvia Tallon, Senior Director Brand Marketing, Reebok said, “I am proud to be a part of the Reebok family; being associated with a brand that celebrates the strength each woman carries within herself is indeed a matter of pride. FitToFight is a platform for each woman to share her personal story with the world – from her struggles to her victories. With Girls Don’t Fight we wanted to address social issues that will resonate with each woman at some level.”

The film starts with the protagonist, Justine Rae Mellocastro, a black belt in choi Kwang do, professional hairstylist and a competitive swimmer in real life, being encountered by the menace of eve teasing. Through fitness she is seen garnering mental strength to fight the peril. The film shows her drawing strength from the story teller, the motivator, the strength inside every woman – Kangana Ranaut – who encourages her to stay strong and continue fighting the odds. Concluding with a powerful message ‘Fight more, Be more Human’, the film is a call to all women to be fearless in the face of adversity.

Talking about the campaign, Kangana Ranaut, Brand Ambassador, Reebok India added, “Even after 11 years of being in this industry, I am constantly battling perceptions and misconceptions, and breaking stereotypes every single day. Therefore, I identify very strongly with Reebok’s FitToFight campaign and specially this year’s theme ‘Girls Don’t Fight’. Reebok has addressed two very topical issues, things that we as women have unfortunately encountered at some point in our lives. I believe that each woman has a story within herself – of hardships and hope, battles and strength, sorrows and faith – and I hope that through #FitToFight these stories get a platform for others to draw inspiration.”