Exclusive! Queen of hearts Liz Hurley opens up about The Royals and her new line of beachwear

Elizabeth Hurley’s blazing career as a model and actress has taken another bedazzling turn. A recognised global fashionista, Liz is breaking the bank with her soap-opera, The Royals, now set to premiere its Season Four, while also shaking things up in the fashion arena with her self-styled label, Elizabeth Hurley Beach.

The stunning English star might yet flood fanboy dreams as the spunky secret agent Vanessa Kensington alongside Mike Myers’ Austin Powers (1997), and as the Devil in Bedazzled (2000). But it has been almost two decades since those movies, even as she took to the small screen, with roles in shows such as Gossip Girl, and The Tomorrow People, apart from briefly playing host and judge of Project Catwalk.

Her only child, Damian Charles Hurley (fathered by Bing), has lately been making many headlines, accompanying the actress in some sizzling shoots, and being frequently spotted on her Instagram page. Damian also makes his TV debut, guest starring as Prince Hansel in Season Three of The Royals.

The show’s plot is gripping merely in its premise. Not to be confused with the 2013 Netflix documentary of the same name on Britain’s actual royal family, The Royals outlines a fictional royal family dealing with scandals galore, as Liz plays Queen Helena Henstridge, a queen consort — rather than a queen regnant. (Each episode, interestingly, picks up lines from Shakespeare’s Hamlet for titles.)

The Royals is best described as a fun, sexy romp filled with unexpected trysts, secret relationships and complicated reveals from the past — all centred around power games and struggles for the throne. Indulge caught up with Liz in the middle of her vacation in the Maldives, to speak about her tryst with royalty, and her turn as a fashion designer.

We happened to spot your pics in the Maldives. And, you look gorgeous! How was your holiday?
Thank you, I had an incredible time at a gorgeous resort called Reethi Ra. The Maldives is such a beautiful place to visit, and I love spending time alone with my teenage son (Damian). It’s incredible to be bonding, and to indulge in real quality time together.

How crucial is the role you play in The Royals? Are you enjoying playing the Queen?
I love playing Queen Helena. She is an intriguing character, and never does what you think she’s going to do. She’s a fighter and even when the chips are down, you know she’s got an ace somewhere up her sleeve, and will be prepared to use it with devastating effect.

Tell us a little about what drew you to this role, at the very beginning. What were your first impressions of the show?
I loved the fact that even though it was a larger-than-life drama, shot in magnificent sets with huge story lines, it was still at heart a family drama, dealing with problems that beset every family. It’s about relationships, love and careers — we just happen to be wearing crowns. 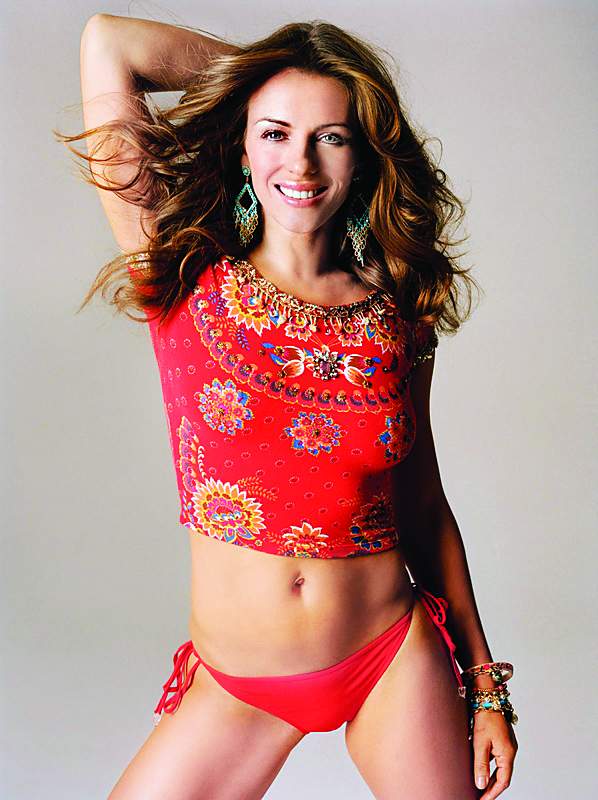 What can we expect in Season Four? How do things play out, for the power and responsibility of Queen Helena?
Season Four feels very fresh. There are plenty of new storylines and the season starts with Helena feeling at a loose end. Her son is King, and she feels sidelined. We begin to fear that Robert may not be a good man, and this is particularly worrying to Helena for, as she says, she taught him everything he knows. Helena goes a bit off the rails in this season, and that was fun to play.

How was it to be working with Joan Collins? Do you seek much advice from her, off-camera?
I feel very lucky to have worked with Joan, we’re like kindred spirits. She is an amazing woman with a great work ethic. She is also enormous fun and very entertaining. My favourite days on set are with her.

How interesting have things been so far, in terms of script complications — the deceit, and secrets, within the royal family?
I hope you all know that the actors are as much in the dark as the audience about what’s going to happen! We only get the scripts the week before we shoot them, so all we can do is play the moment. It’s very exciting when a new episode comes out.

How have the reactions been to your performance? Has the show affected your real life in any way?
This show has been amazing for me in that it has introduced me to a new generation of viewers. Young people love this show and it’s very nice to have a new set of people who are watching me. I have really connected with my young fans and I love it.

How was it to act with your son? How do you see his career growing?
Damian was thrilled when the writers brought him back for Season Four. And, he was particularly happy as he gets scenes with all the main characters. We have a wonderful scene together and it was enchanting to work with him. I think he’s going to be very good.

Tell us about the challenges you faced, playing the Queen — the things you love, and the things you dislike about it.
It’s a lot more exhausting working in TV than in movies. There are tons more dialogue and we shoot very fast. For four months, I don’t do anything social at all: we work 15 hour days, and learn our lines all weekend. But it’s the life I have always chosen and I love doing it. I’m happiest when I’m working.

How are things shaping up with your fashion label? How do you hope to build the line?
Elizabeth Hurley Beach is evolving well. I love designing swimwear and beachwear for women of all ages, making sure that there are flattering pieces for all. India is very much a part of this project, as I make all my kaftans and dresses here. I’m currently producing the 2019 collection, and I will be sourcing the fabrics and the embroidery from India.

The story so far...
Created by Mark Schwahn, The Royals began as a loose adaptation of the (2011) Michelle Ray novel, Falling for Hamlet. The series opens with Helena’s twin children, Prince Liam and Princess Eleanor whooping it up in hedonistic decadence, until their elder brother, Prince Robert — the heir to the throne — goes missing, and is presumed dead, leaving King Simon grieving, and the royal family in disarray. In Season Two, Joan Collins stars as the Grand Duchess of Oxford, the scheming mother of Queen Helena, as the hunt begins for King Simon’s assassins, while Liam and Eleanor’s illegitimacy is unravelled. In Season Three, as Helena tries to prove the twins’ paternity, Robert is found alive on a remote island. New faces join the cast, including Max Brown (the presumed dead, Prince Robert), and Liz’s real-life son Damian playing Hansel, the Crown Prince of Lichtenstein. The fourth season picks up after the charming Prince Robert (Max Brown) is crowned King of England, leaving Prince Liam and his dethroned uncle Cyrus to form an alliance. The new season consists of 10 one-hour episodes, followed by the popular after-show, The Royal Hangover, on Facebook Live.

Look out for Season Four of The Royals on Colors Infinity.