This time around, Marvel fans get to see a more 'human' side of the inimitable Hulk aka scientist Bruce Banner, played by Mark Ruffalo. In a chat with Indulge, Mark Ruffalo talks about the struggle between Banner and Hulk, his bro-code with Robert Downey Jr who plays Ironman and the Russo brothers among other things.

Could you feel the gravity and scope of this project?
There are so many different storylines working and so many speaking characters from the entire Marvel Cinematic Universe and beyond that, I couldn’t see how it would work. But, I was really surprised when I read the script and saw how cohesive it is and how well it does track,  and how all the different mythologies come together and play off of each other.

What makes this brand so successful?
There’s such a built-in audience that taps into several generations of comic book fans. So, it has that going for it. I think we’re hard-wired for mythology. We want to see gods and monsters working out the problems of humanity in stories. It’s really able to transcend all kinds of different cultural divides. I think what’s really making it exciting now is a diversity, not just a diversity of the players, but also the diversity of the filmmakers and that Marvel allows each filmmaker to bring their own culture, mood, style and creative input. They know how to hire really creative filmmakers that tell really interesting stories that are completely unique unto themselves. I think that’s really been one of Marvel’s keys to so much success. 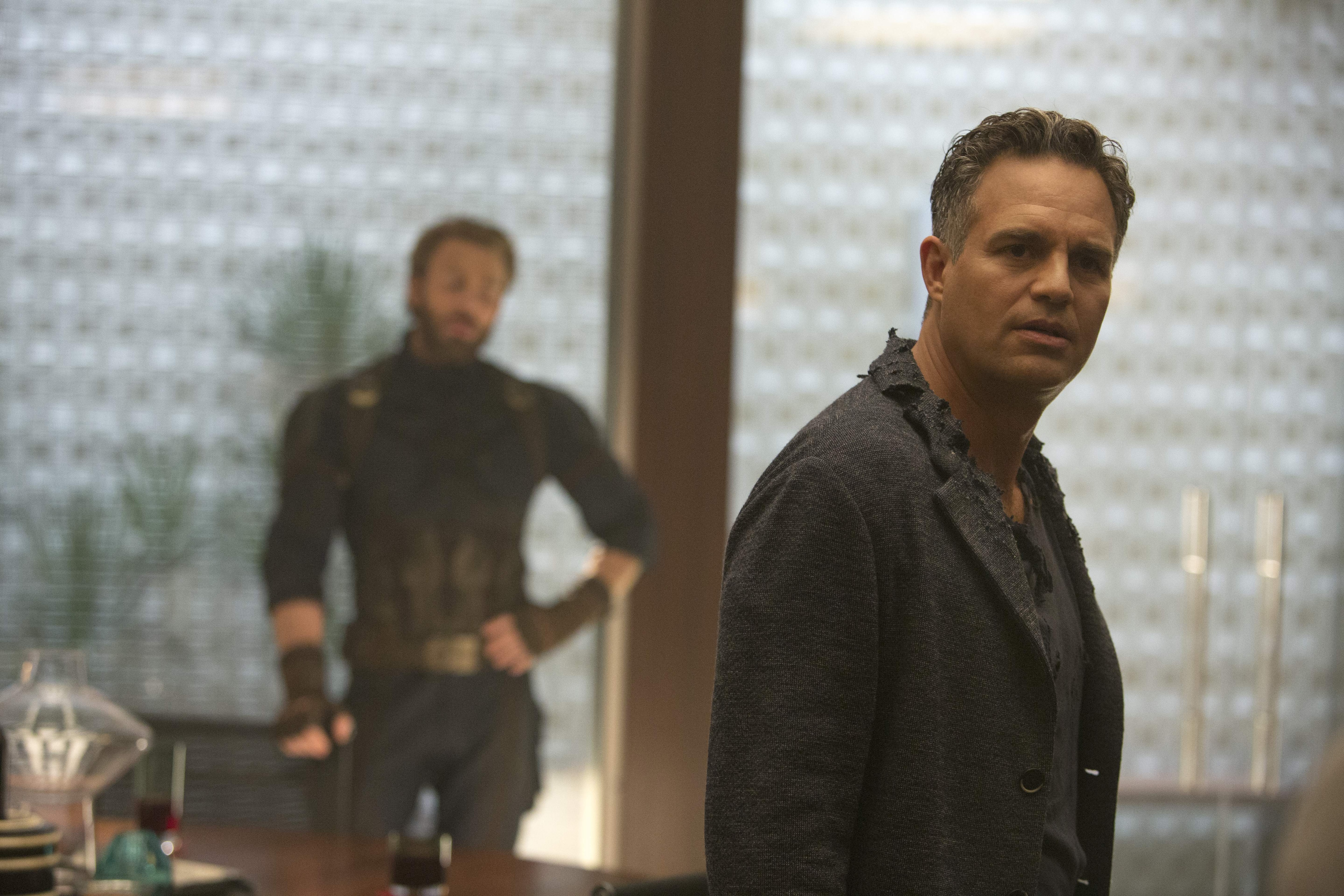 Where do we find Bruce Banner?
Banner is no longer really linked to the Hulk through anger. It’s always been that Banner was struggling with excitability because he was afraid to bring out the Hulk. He always felt like he was sitting on his emotions. Banner’s able to have a little bit more of a human range as a character. Banner has a really troubled past but he forgets all that. It’s like he has amnesia, and he’s starting all over again. So coming into this world he’s much more able to express himself. He’s not afraid of his own emotions. But at the same time, he can’t summon the Hulk in the same way. While at the same time the Hulk is separating away from Banner. He’s starting to be able to be other things other than just be angry all the time. He wants an existence. It’s like these multiple personalities are splitting out, and they both want to live. There’s a struggle going on. I always imagined this struggle.

How is it for you to play that range now?
As a performer, I’m excited by the idea of reinventing Banner and reinventing Hulk. I’m interested to see how it plays out.

How is Bruce Banner’s relationship with Tony Stark?
They’ll always be bros, so they sort of pick up where they left off. In this, though, Banner gets frustrated with Tony in a way that he’s never been. Although he and Tony do have this kind of antagonistic quality between the two of them occasionally as well. But, we’re able to display it as a much more reactionary Banner than we've seen before. But there’s still that connection between Tony and Banner that will never go away.

Is it fun to go into the different worlds?
It’s great. I get to jump around a lot between all of them in this movie, which is really cool. I get to shoot scenes with Chad and with Benedict and Benny, and Iron Man, of course. To go from Wakanda to the Inner Sanctum of Doctor Strange in New York City is just like mind-blowing. And the fact that we cover that space in this movie makes it epic. How do those amazing sets help you as an actor?
It’s amazing. As an actor, you just don’t get to work in that kind of scale. It’s always either CGI, or it’s just a tiny piece of an environment. But we have it all. I was walking around that set and seeing places that were completely propped and designed and decorated and painted. It hearkens back to another time in Hollywood that really hasn’t existed for quite some time. The amount of craftsmanship that’s present is pretty astounding.

How is the camaraderie with other actors that you haven't performed with previously?
I’d never done anything with Anthony Mackie or Chadwick Boseman, and some other people that I really admire. Good actors want to create a relationship as quickly as possible. And that’s fun, and that’s what people respond to. So I got to do that with Chad. I got to do that with Don Cheadle and then I get to do that with my old Avenger pals.

What do you like about the Russo brothers as directors?
They each have different sensibilities and different strengths. They have so much experience, so something this big isn’t daunting to them. They understand the material and all the universe, and the themes of it, and the characters, and each character’s own voice. It’s the perfect combination of structure and freedom. Very early on they brought us into the process and asked me, for example, what I would like to see Banner/Hulk do during the course of this. They know how to balance the storytelling without losing the character. So when you’re telling an epic tale with many characters, you still want to have the personality of each one come through in the storytelling. And they understand that. It’s a really delicate balance. We’ve got to cover a lot of ground in a short period of time. And their ability to sort of distil the essence of a character and still tell their stories is one of their gifts as a team.

What is your favourite part about being in this world?
My favourite part it is the talent, and the feeling that we’re in a collaboration where there’s a sense of fairness and everyone’s looking out for one another. Then there is Robert Downey Jr. and just being in Robert’s presence. He’s the godfather of all this. That model has carried on throughout these last ten years or even longer. And it’s constantly developed. It’s exciting when I look around at the talent of the actors and where they come from to be put into this world and work with the resources that we have. There is an enormous amount of talent here in every department from all over the world. Then when I see the racial diversity that’s really honest and fully expressed, I think there’s hope for the world. This is modern mythology. These movies tell us in some way how we’re supposed to be in the world. They reflect more of where we are culturally than any political ideology. I see that happening in front of me every single day with people working together beautifully in this completely creative, imaginative sense. It’s just the best of the best all around you. And that is a marvel to me.

What are audiences going to love about this film?
I think audiences will love the scope of it and the fact that all of their favourites are in it. Everyone has their favourite character. And everyone has their favourite Marvel movie and their favourite Marvel world. So to see all of them coming together will be really exciting for people. It’s a daring act, and it takes a lot of chutzpah to imagine this and to try and make it happen, so the culmination is going to be really exciting for people to see. Then there is Thanos and the impossibly high stakes and risks for the Avengers and their allies.

How is it to see Thanos?
Thanos is the ultimate villain. The Avengers knew it was coming. Thanos was always in the background, since at the end of “Marvel’s The Avengers.” You’re like, “What the hell is that?” Then all of a sudden here we are. But what also makes it really exciting is the technology. It’s amazing to see Josh Brolin doing real character work inside of the animation and bringing out this whole other creature that's terrifying. With all the advancements in motion capture, the animation really is an expression of the performance. So when you have a villain like that that’s so extreme and so alien but has human qualities in it, it gets really crazy.

Where are the Avengers at the beginning of this movie?
They come out of Civil War and they’re just shattered. Everyone’s hurt and angry and split apart and divided. Then Thanos shows up, and all that stuff’s got to be set aside in order to beat the unbeatable. Struggle and challenge just bring out the best in them. And all of those petty divisions all of a sudden seem so passé and trivial in the face of what lies ahead.