Playing God: Chris Hemsworth on his character Thor and his love-hate relationship with Loki

How did the Russo brothers explain Thor’s role in this film to you?

A: Anthony and Joe said that the “Thor: Ragnarok” Thor probably won’t fit in this film. You can afford to take bigger risks and be that wacky and reinvent the entire world to support your version of the character if it’s your title film. But if you come into an ensemble, like “Infinity War,” you need to adjust and fit into the mold and the tone of that film. And this really is Thor at his best, as Joe and Anthony described it. This is the most heroic, most vengeful, passionate, driven, committed version of Thor that we’ve seen. So, it was fun to again explore something completely different. Q: Have you ever reflected on your Marvel cinematic journey with Tom Hiddleston?

A: Yes. Tom and I talk all the time about the crazy journey that we’ve been on and the growth that we’ve had as individuals and as actors, and also as these characters, and what a trip the whole thing has been and how lucky we are. I think back to the first time we met, and it was at Kenneth Branagh’s house in London. He had flown us out there for a workshop on the script and the characters for the first “Thor.” But I think there’s not a single cast member in this film that doesn’t acknowledge and appreciate this journey and sort of pinch themselves at what an opportunity we’ve all had and what an amazing thing to be a part of.

Q: Do you relish the fact you’ve been able to flesh out a character over so many films?

A: I love the fact that we’ve been all given the opportunity to do something different each time and put our ideas forward. And to have an opportunity to attack a character again and hopefully advance on that and bring something unique to it each time is a real challenge. But if you can pull it off, it’s pretty creatively satisfying.

Q: Where is Thor before “Infinity War”?

A: We end “Thor: Ragnarok” with a rather large spaceship approaching. We then pick it up in “Avengers: Infinity War” in the middle of a battle.

Q: How does Thor encounter the Guardians?

A: The Guardians basically are flying through space and pick up Thor. There is this interesting confusion and then fascination and heightened tension between all of them because no one knows who the other one is or what they are doing. That was so much fun to play, because a lot of us came into this film as big a fans of each other’s franchises.

To stand there amongst the Guardians was a bit of fan boy moment for me. It was also kind of nerve wracking as I felt strangely uncomfortable and wondered how I fit into this puzzle. It was great. We were able to improvise a bit and play around with that. It brought out the unique qualities in all of our characters purely from just having someone different involved.

Q: Did you rehearse that scene?

A: There was no rehearsing. We turned up, shook hands, introduced one another, and started shooting. It needed to be that way because that’s how it was for the characters. So if it can kind of blend into one another in that sense then it’s a huge benefit. There seems to be far less ego in a setting like this than you’d imagine.

A: There is certainly a common theme with a lot of villains of that scale and size that are trying to save humanity from itself and save us from ourselves. But it’s done in a very brutal fashion. What I haven’t seen before is this force and this power by one single individual. And it’s not only Thanos’ intellect that manages to navigate his way through this and outsmart us, but just his sheer force and strength is something that none of the Avengers or anyone in the MCU has ever really encountered before. Even just reading the script, I was kind of racing to the end to work out how the hell we were going to beat this guy.

Q: What is his ultimate goal?

A: Thanos believes that we’ve overpopulated the universe, and that we’re destroying it at a rapid rate. So he’s taken it upon himself to reduce us in numbers. Therefore, that should mean there would be enough food for everybody, enough land, enough whatever. Currently, it’s spread too thin in his eyes. So it was a pretty brutal approach to how he’s going to clean things up by cutting the population in half. 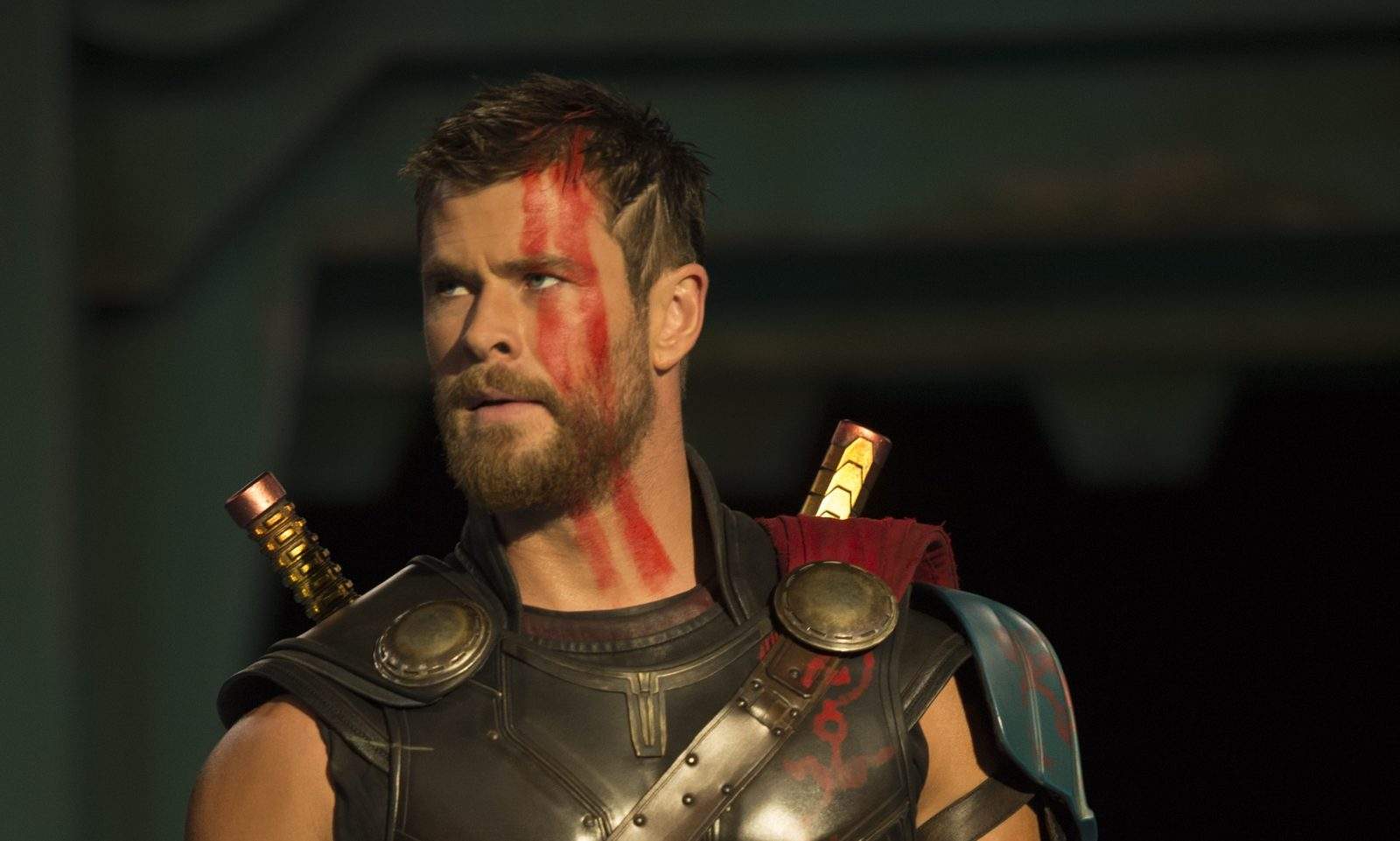 Q: Was there anyone you were excited to play with?

A: The Guardians, because I hadn’t met any of them off screen and never had worked with them. Also, I was really interested to see how the characters were going to interact. Thor ends up going on a journey separately with just Rocket and Groot and that became such a fun little dynamic as well.

Q: How does Thor get on without Mjölnir?

A: Thor has lost everything at this point. We have kind of stripped him back to a point where he no longer has his weapon of choice or the thing that he believes represented his power and defined him. Everything and everyone important in his life has been destroyed. So he has quite a fatalistic attitude and gives it all he’s got. That seems wildly suicidal, but he doesn’t see any other option. So that brings out something different in him again.

Q: How was it been working with Josh Brolin?

A: Josh has a great sense of humor, very laid back. He has a sort of no-problem, just-do-it attitude and doesn’t suffer fools. There’s just an honesty to him as a human being and a directness, which is so refreshing when coupled with his great sense of humor. So watching him work was a huge pleasure, and I feel like I learned a lot from his approach.

Q: Has Robert Downey Jr. always been a leader on these films?

A: Robert has always led the way like a true leader and champion. There’s always been such great encouragement from him, such great constant feedback on what we’re doing. He’s always observing, always watching, doesn’t miss a beat. He’s always the first person to tell you that something works or that it was fantastic. As a young actor, when I first started this franchise, hearing that from Robert was like having the tick of approval and being let into the club. Even to right now, six, seven years on, he still has that same attitude. And it’s a true testament to his humility and attitude and his love for this franchise and all these characters.