In a chat with Indulge, Scarlett Johansson who plays the skilled Russian spy, Natasha Romanoff, aka Black Widow, reveals what it was like to be with a franchise for over ten years, the friendship between her character and that of Steve Rogers (Captain America) played by Chris Evans and why it is exciting to see more female characters in Avengers: Infinity War.

Where do we find your character at the start of Infinity War?
It’s hard to say because there is a two-year period between Civil War and the start of Infinity War. There’s a lot to explore there, but certainly, I built a backstory for my own character that really finds her in a place where she is more determined than ever to be as strategic as possible and to keep everything under control as much as she possibly can. She’s kind of gone rogue. She and Cap are trying to monitor and take care of as much as they possibly can without having the structure that they had in the safety of the Avengers. They’re operating their own team so to speak. It’s kind of rough when we first find them. I imagine that Natasha is a little bit hardened from what she’s experienced and what she’s had to go through.

Where are Steve Rogers and Natasha in their friendship?
I think Steve and Natasha have a very fluid communication between them. They’ve obviously been on hundreds of missions together, in life or death situations. They operate very much like teammates. It’s a kind of unspoken communication that they have at this point.

What does it mean to see this franchise through to this point?
It’s been really exciting to get to work with some of the actors from different franchises that I have just admired. I guess you would say we are sort of an extended family. And then, of course, there are new characters that are also being introduced to the family. That part of it is wonderful because certainly what Marvel has really championed for, I think, is hiring actors who are unexpected, are dedicated and are fresh. They advocate for new, and that part of it is so exciting. Of course, it’s bittersweet for me because I look around and see the cast and crew that have really become very close friends of mine and like a movie family, and I know that perhaps this could be the last time that all of us are together in this kind of way. It’s a bittersweet feeling, but I’m really proud of the work that we’ve done. And I’m proud of what we’ve built. I really feel like I’ve taken this character as far as I can go within this context, and I’m proud of that.

How is it to see more female faces in the group?
I’ve been advocating for some more female energy just in the cast and crew as a whole for a better part of a decade. So it’s really great to see a more diverse group and certainly great to see that the audiences are embracing and even asking for really strong female superheroines. They’re hungry for those stories, and they also want to see a more diverse group that better represents the population. It’s wonderful to feel like you’ve witnessed and been a part of that growth. 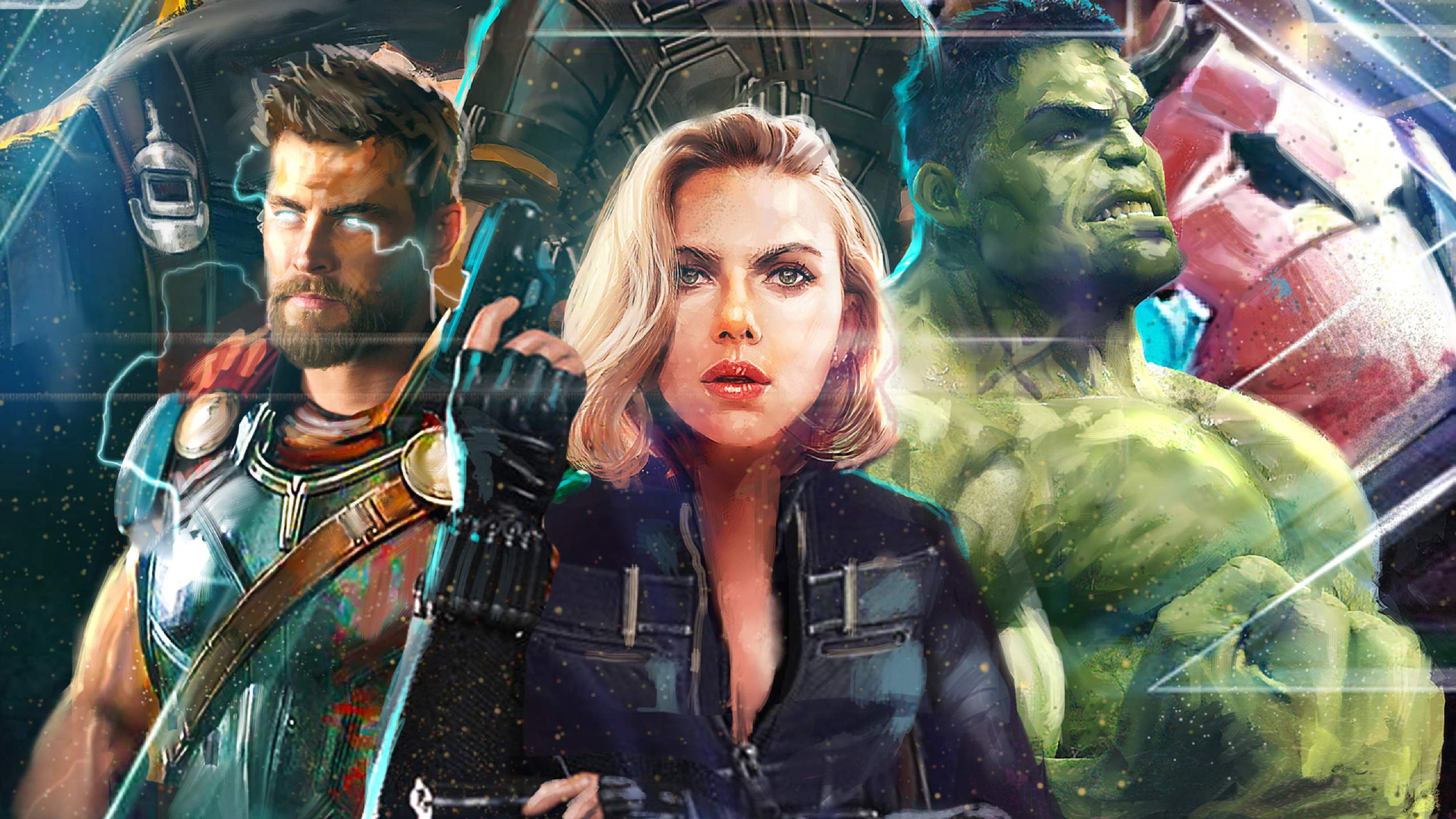 Is it fun to show the new cast members the way?
It's wonderful. I love working with actors. If I can help in any possible way to make another actor feel more comfortable or maybe discover new choices or help them get acclimated to what could maybe sometimes feel like a cool kids club, it’s great.  It’s nice to feel that there are people in your workplace who you trust, and it’s a safe environment where you can kind of spread your wings and fly. I love to be able to shepherd other actors in that way. It's awesome.

What is Natasha’s take on Thanos?
I think it’s very hard for her to access the exact threat of Thanos. It’s certainly a force like she's never seen or could possibly even comprehend. I think Natasha’s a very strategic fighter, and she’s going to come at Thanos with whatever she has and a lot of that is with her brainpower. She is really just trying to give whatever she can to fight and make whatever sacrifice she can in order to save as many people as possible.

Talk about coming face-to-face with Thanos...
The Avengers talk about him so much before they see him that we’re sort of fighting this faceless evil, so when they finally see him I think it’s just the likes of something that Natasha could not even possibly imagine. These are the highest stakes that the Avengers have ever faced, and with that, she is willing to give it everything she has.

What have these ten years meant to you?
It’s been an incredible opportunity for me to be able to continue to come back to a character that I love so much and be able to peel back the layers, so to speak, of a character that I think in many ways kind of reflects myself and reflects my own growth and my own challenges. I really feel it’s been an incredible gift as an actor to be able to have that experience. It’s such an unusual one. I don’t think there are many other opportunities that you have like that in film, to be able to continuously come back to a character that’s as complex as Natasha. And I really feel that I’ve had an incredible opportunity to play this iconic character that means so much to people, and I really have to thank the audiences for that because they embraced my portrayal of her from the beginning and allowed me to walk in Natasha’s shoes and kick ass in them too. So it’s been great.