Simmba co-stars Ranveer Singh and Sara Ali Kha are busy promoting their film everywhere. On the latest episode of Bigg Boss 12, Sara revealed how people are making memes about her changing fashion choices ever since she worked with Ranveer Singh in the movie Simmba.

Earlier on Sunday, Sara took to Instagram to share a photo collage of her outfit choices before and after being influenced by Ranveer's quirky fashion sense. 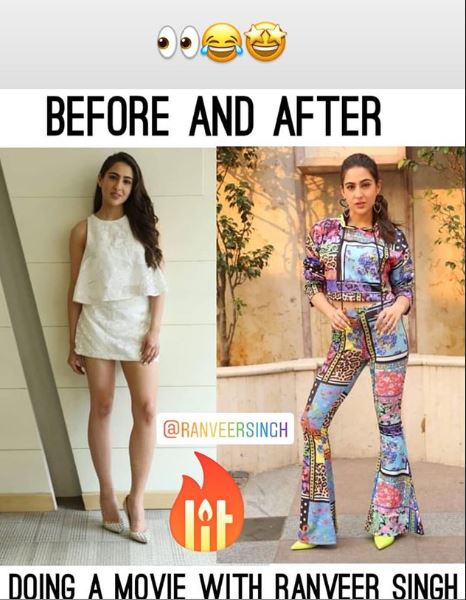 She is seen in a pristine white dress in the ‘before’ version and a whacky, colourful number in the ‘after’ version. Ranveer Singh had also shared a meme about Sara earlier the same day. 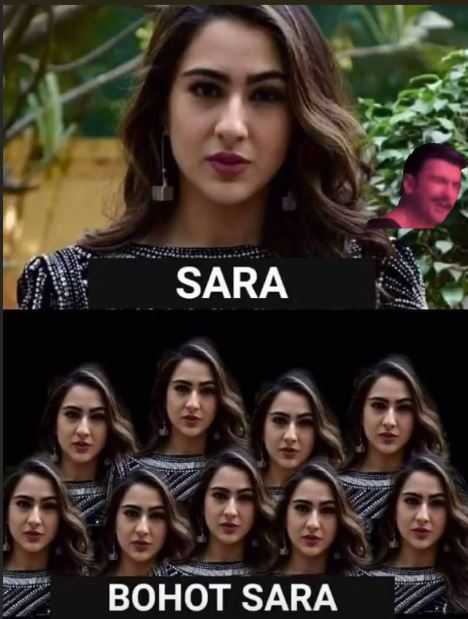 Rohit Shetty's Simmba is slated to release on the 28th of December.