Picture this: MasterChef judge extraordinaire Gary Mehigan sitting under a tamarind tree on a farm — somewhere on the outskirts of Bengaluru — plucking fresh tamarinds. He’s had a masala dosa for breakfast, practised his roti making skills for lunch and there’s a Royal Enfield fresh off the production line that he’s stoked about riding, right after.

New year, new show
This might come as a surprise to some fans — but none of the above is fiction. Frequent trips to India over the last few years have led to a spree of desi experiences for this celebrity chef, much loved for both his food and jaunty TV persona. So much so, that Fox Life India suggested he capture it all on camera — while meeting acclaimed Indian chefs along the way — for a  new show called Masters of Taste that begins on February 26.

“This show is unique as it is the first time that I am working with the Indian counterparts of Fox Life,” says Gary, over an email interview. Raving about his travels and behind-the-scenes with Indian chefs in their restaurant kitchens, he shares with us, “For me, it has been an amazing experience throughout. I travelled to Mumbai and Delhi which carry a distinct food culture, and was amazed to see how these places are making use of modern and cutting edge techniques to put the best gourmet food on the table for their visitors.” Tasting apart, Gary will also be giving viewers his own reconstructed version of recipes picked up en route.

Bikes & chickpeas
Knowing his fondness for South Indian food — we are curious whether an idli or uttapam will feature on any of the episodes. “Not at this stage, but I would love to get back there,” he responds. Believe it or not, the last time we met Gary at a dinner a few years ago, he was telling us about waking up early the next morning to try an open air cook out near Marina Beach! “We visited the fish markets in Chennai, for my series Far Flung,” he remembers the day, adding, “I couldn’t believe the diversity and freshness of the fish!”

Incidentally, this was also the same trip he got to visit the Royal Enfield factory, given his love for bikes. “That was fun. We didn’t go too far, I’m not used to traffic in India,” recalls Gary, who for those who don’t know was born in the UK, but moved to Australia later on to add to the repertoire of his restaurant profile as an up-and-coming chef in his early 20s.

We make an unlikely segue from bikes to chickpeas next. “I actually discovered hara channa while filming Masters of Taste. I had never seen a fresh chickpea before, so I had fun experimenting with those,” he tells us. This kicks off his list of fresh ingredients to explore this year, given that his home pantry is already choc-a-bloc with a spice repertoire picked up over visits to Jodhpur, Mumbai, Delhi and Bengaluru in recent years.“The spices are a staple in my pantry not just for making curries, but also to experiment with combinations for seasoning lots of different dishes,” we’re told. Lately however, he adds, “I have been actually trying to master the art of making all your amazing breads.”

The next big trend
Soon to celebrate a decade of MasterChef Australia on air, globe trotting for shoots and managing his own longstanding restaurant, The Boathouse, in Melbourne that opened way back in 2007 — we have to ask Gary about his forecast on the next big food trend in 2018. After molecular gastronomy, activated charcoal and edible insects, we’re eager to hear him drop a hint of something outrageous. But he says with a pinch of humour, “If I knew, I wouldn't share it, I would be out there doing it!” On a more serious note though, he adds, “I think Indian food is going to come into its own on the world stage. I think the rest of the world has only seen a small taste of what Indian food is about, and with such incredible chefs like Atul Kochhar of NRI (Mumbai) and Manish Mehrotra from Indian Accent (New Delhi) championing modern Indian styles, it’s only a matter of time.” 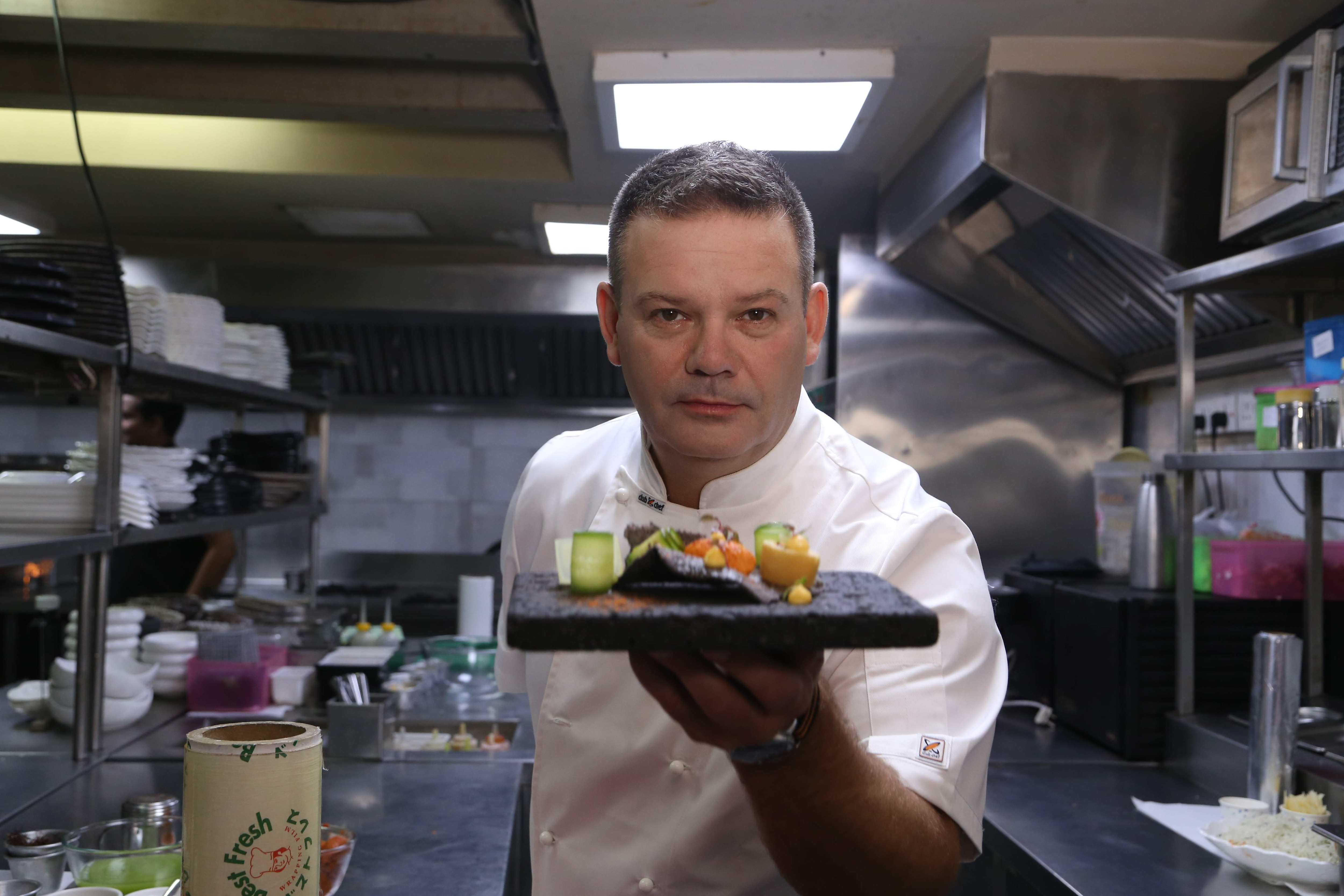 • What cooking shows do you watch for fun?
I love the series Chef’s Table, and Andrew Zimmerman’s Bizarre Foods. Also a big fan of anything Anthony Bourdain does. He is truly living the dream.

• What’s the secret to a happy kitchen? Most hotel kitchens are super tense.
I think that used to be the case, but times are changing. Young chefs are wanting to find a work/life balance, and as an industry, we have to attract new talent. Creating a work environment that is creative, fun, motivating and satisfying is essential.

• You’ve had an extensive taste of India — what’s a dish you return to with fondness every time you visit?
Masala dosa, one of my favourite breakfast items these days.

• Give us an aspiring chef’s guide to becoming a culinary superstar like you.
There is no easy way to becoming any sort of superstar. Most chefs who have achieved great success,
whether it be through their restaurant, books or TV, have usually spent many years honing their craft. I would say, you have to look to feed people if you want to be a chef. It’s the essence of what we do.