News sources have reported that singer Justin Bieber and model Hailey Baldwin got engaged over the weekend.

According to reports, Bieber, 24, had popped the question to the 21-year-old Baldwin during his trip in Bahamas.

The couple, who dated in 2016 before splitting, had stirred chatter among fans in recent weeks, appearing together and sparking speculation that they had reunited.

Justin's dad, Jeremy, posted a photo of his Justin on Sunday with the caption, "@justinbieber proud is an understatement!  Excited for the next chapter!"

As the newly engaged couple celebrated the milestone in their relationship, Twitter users had mixed reactions, with many expressing disbelief over the news that Bieber is not single anymore. 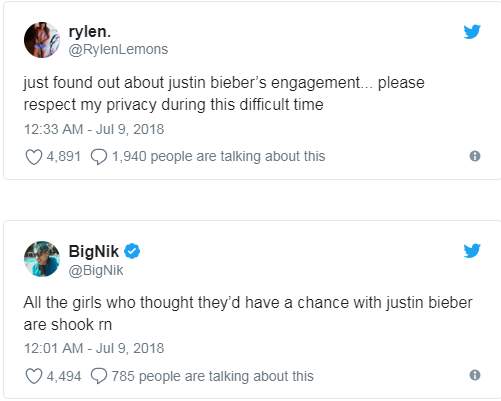