I am proud of my glamorous image, says Kareena Kapoor Khan, the star of Veere Di Wedding

Kareena Kapoor Khan is back on the big screen, post a pregnancy break with Shashanka Ghosh’s Veere Di Wedding, which also stars  Sonam Kapoor, Shikha Talsania, and Swara Bhaskar. Contrary to popular belief, the team insists, it is not a chick flick (the promotions all feature the hashtag #thisisnotachickflick), but a fun film with protagonists who happen to be women. Kareena, who is best described as a spontaneous actress has come a long way since her debut with Abhishek Bachchan in JP Dutta’s Refugee (2000). Eighteen years down the line, the 37-year-old Kareena, mother of social media’s darling, toddler Taimur, is a mixed bag of glamour and talent, who is rather picky about her roles. Excerpts from the interview with Kareena:

You are known more as an impulsive albeit reliable person in both your personal and professional life. Was marriage and motherhood an impulsive decision too?
My mom, most of my family members and now even Saif’s family feel that I was always an impulsive person. I don’t brood and linger on any matter for long. I believe in taking an instant decision — one that I will not regret. Of course, marriage and motherhood was an instant, but the most precious decision I’ve made.

Your spontaneity reflects in your acting too...
It comes naturally to me. In fact, in the initial phase of my career, I had a trying time convincing all my directors that I can spontaneously deliver what they want. I don’t know how, but right from the beginning, I used to feel that my characters overtake the ‘real’ me, the moment I don the greasepaint. The moment I am away from the camera, without make-up, I am once again the person that I am in real life. Some of my directors and my co-stars call me a switch on-switch off actress.

Tell us about Veere Di Wedding...
I would call Veere Di Wedding a fun film, nay, a girlie film. It’s a film about four girls who are boisterous and adventurous at the same time. They are the modern prototypes. They swear, they also talk about men, alcohol, and sex, in the same breath. All their fun-loving and fun-filled activities borders around the wedding of one of the friend’s brother. The movie is about their bond of friendship and love. Veere Di Wedding is a film about four friends at different stages of their lives.

Are you aware of one more similarly titled film?
Oh! You mean Veere Ki Wedding. Yes I am aware and I also know that the producers of that film lost the case, and we could retain the title of Veere Di Wedding.

Why was the film delayed for so long?
It was all because of me! Just when we were planning to start shooting, I became pregnant. I personally requested the producers Anil Kapoor, his daughter Rhea Kapoor, Shobha Kapoor, Ekta Kapoor and Nikhil Dwivedi to relieve me and proceed with some other actress. But they refused. In fact, Rhea and Ekta were against me quitting, and they both decided to wait for me till I was ready post pregnancy.

You have never worked on a multi-starrer film. You had even refused Zoya Akhtar’s Dil Dhadakne Do in the past...
I did refuse Zoya’s film, as I was in a different frame of mind back then. I was selecting power-packed and author-backed roles. Back then, I still had the hangover of films like Chameli, Omkara, and Jab We Met. Later on, things changed and I realised that I can pick and choose powerful roles in a film that has more than one heroine, too. So, I did Udta Punjab in which Alia (Bhatt) also had a meaty role. I am now game for multi-starrer films too, as long as my role has equal importance.

What was it like working with director Shashanka Ghosh?
He’s a real cool guy. The way he explains each scene has to be seen to be believed. In fact, he knows his craft very well. Over and above all that, he is also a very good writer.

From the trailers of the film, and now the promotions, it seems like the four of you are having a ball. What was it like working with the other girls?
Yes! I really enjoyed working with Sonam Kapoor-Ahuja, Swara Bhaskar, and Shikha Talsania. When we used to hang out off the sets, Rhea Kapoor, Sonam’s sister, used to join our girl gang. But on a serious note, it was a challenge working with Sonam, Swara and Shika who are also talented actresses in their own right. The five of us really bonded well, both on and off the sets. Our chemistry is there for all to see. I have also decided to do more such girly films in the future, provided I have full scope to showcase my acting skills. 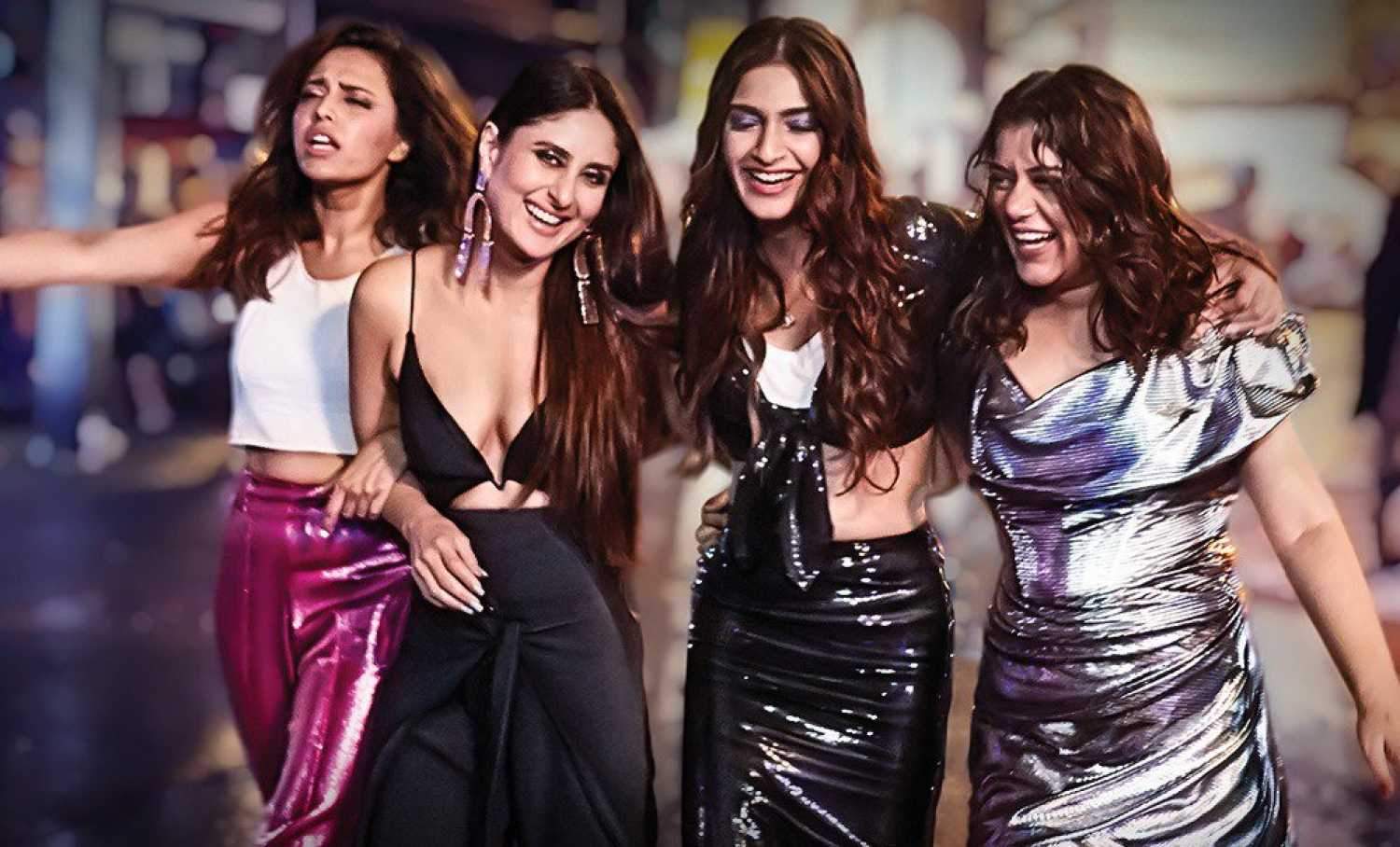 Any other conditions attached to this decision?
I am someone who is proud of my glamorous image. One has to enjoy some commercial success too. If I have done an Udta Punjab, then I have also done the Golmaal series. I have always tried to balance things out. To sustain in the film industry for 18 long years, one has to keep doing exciting work. In fact, I do films that suit my personality and above all my time restrictions. Even otherwise I do only films that I really like.

On a scale of one to 10 how would you measure your work from your debut movie Refugee to your latest film Veere Di Wedding?
Now that’s a difficult question. How could I rate myself? I think the right people to do so, would be my directors and my co-stars. That is if they choose to really rate me as an actress. Or maybe even my die-hard fans can answer that one for you. (Laughs)

Finally, how would describe your life post-marriage and post-motherhood?
I could not have asked for a better life post my marriage to Saif, and even after Taimur was born. Married life is going great. Saif is a lovely husband. What do I say about Taimur? He is the now the star of our house and also a superstar on social media. In fact, now Saif and I divide our working time equally, so if one is shooting, the other has to be at home for Taimur.