Shriya Saran tied knots with her with her Russian boyfriend Andrei Koscheev on March 19, in Udaipur.

Andrei Koscheev is a national-level tennis player and entrepreneur who owns a restaurant chain in Moscow, Russia.

Shriya has worked in Hindi films along with movies in Tamil, Telugu, Kannada, and Malayalam. She was featured in the British–Canadian film Midnight's Children, and got commercial success in the South with films like Pavitra (2013) and Chandra (2013). 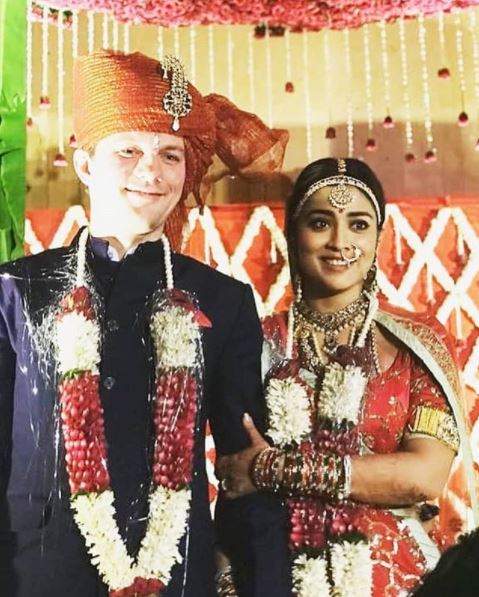