Wearing a casual black tank top with blue jeans and black trench coat, she looked simple yet elegant in her ensemble. She also went for some light makeup and hoops to complete her look.  The Padmavat actor also took the time to pose for selfies with her fans. 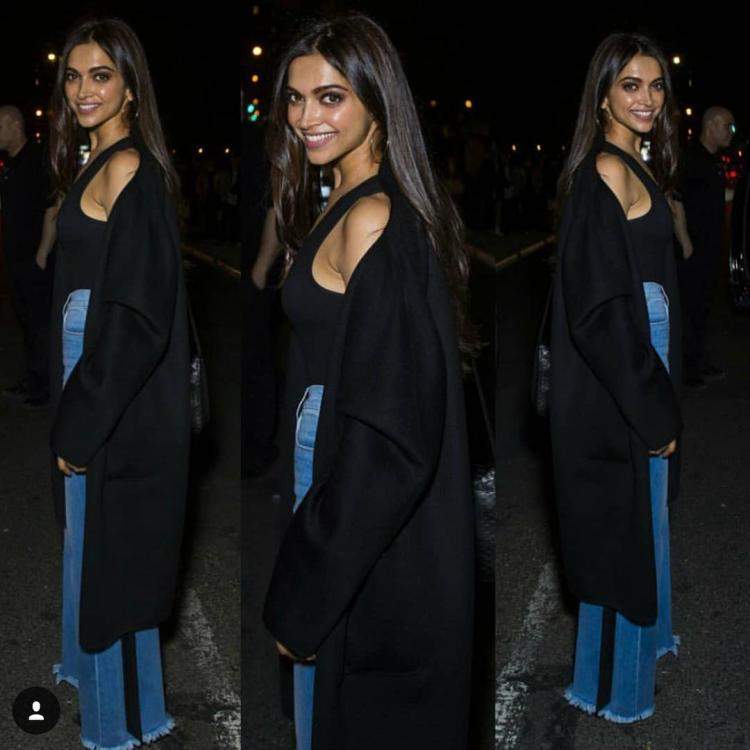 Hosted by Harry Josh, a celebrity hairstylist, who has been hosting this bash for over a decade, the event saw the presence of Hollywood stars such as Rita Ora.

The Bollywood beauty reportedly will attend the Met Gala and then the film festival at Cannes.

On the work front, Deepika Padukone will start shooting for Vishal Bharadwaj's Rani, alongside Irrfan Khan. The movie is expected to release in October 2018.