Gulshan Devaiah gets candid about Smoke, and the subtle mannerisms about his dark character in the show

Actor Gulshan Devaiah sure keeps an eye out for unconventional roles. Take a look at his filmography and you will find the 40-year-old, effortlessly pulling off a crook in his debut movie, That Girl in Yellow Boots (2010), a conniving businessman in Hate Story (2012), a sex addict in Hunterr (2015), the list goes on... The latest web series, Smoke by Eros Now, the Bengaluru-born actor dons the role of a Bihari gangster. Set in the dark underbelly of Goa, the 11-episode crime drama, directed by Nell Guha,  tells the story of a nefarious drug and crime network. In an interaction with Indulge, he shares his thoughts on the show, his character, co-stars and more. Excerpts:

How did Smoke happen to you?
I had read the script and had a discussion with the team long back. In fact, I was one of the first to be approached for the show. I really liked what they were trying to do with the theme. The scripts went through some necessary changes after that but I knew that they wanted to make a good product, something with a very progressive line of thought. They also have a clear idea of the cast they wanted to put together. Altogether, I loved the project.

Tell us something about your character...
I play a Bihari gangster who goes to Goa on a job and then plans to make a life for himself there. He is a sly fox, an extremely greedy and ambitious person who wants to be the king of Goa. Of course, there will be certain facets of me, my own experiences, gestures or manners of speaking that are being incorporated into my roles, but I don’t think I relate with the character as such.

How is it like acting with such a dynamic ensemble cast?
I’m really bored of acting with Kalki. I have done too much work with her. I’m like, please I want to work with new actresses. Not Kalki anymore (laughs). It is easy to work with Kalki because we have a comfort level. We trust each other, but we also hate each other. We use that energy and dynamic to create interesting chemistry on screen. The show has a great bunch of actors. It was fun to work with known faces, the ones who I have acted with before. It also helps to discover a new way of doing scenes with the same people.

How much preparation did you do, to get into the scene of the character?
Every character needs preparation. I like to read the script, add, omit, try new things­—a lot of it might be happening in the head, but there are certain subtle details which have to be practiced, like a certain way of sitting, the manner of speaking etc.  And I don’t particularly like to talk in great detail about the exact process because it’s not fun. People should just enjoy the illusion of the character that I have created and not really get into the details. You know how they say, don’t ask the magician how the trick is done, just enjoy it. 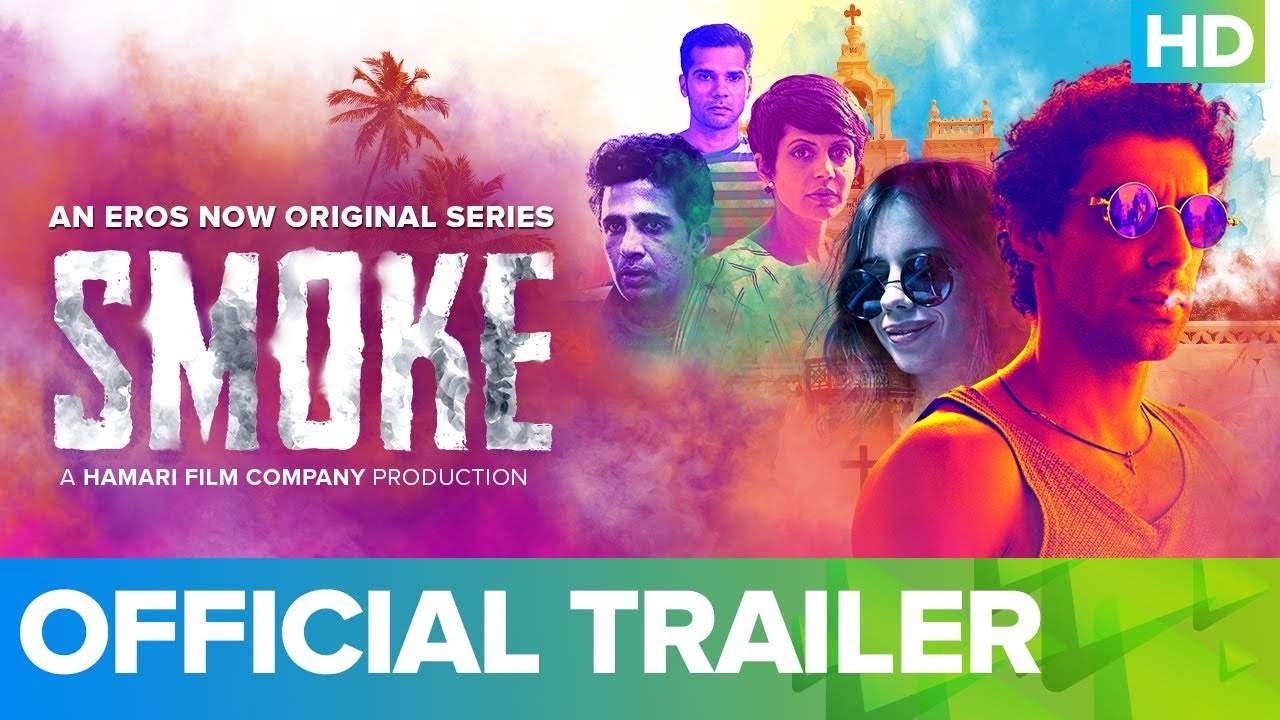 Do you have any previous connection with Goa apart from Smoke?
I have been to Goa a bunch of times. The first time I went to Goa was in 1994 and every time I go there I remember the first time I went there with my cousins because I had a lot of fun on that trip. Goa is a great place. I feel the entire film industry should shift their shoots to Goa because the atmosphere and the energy there is most conducive for creative work. It does have a reputation which is good and bad, but a lot of places do. There is more to a place than its reputation. You have to go and experience the place.

After Smoke, what’s there in the pipeline for you?
My film Mard Ko Dard Nahi Hota (2018), recently premiered at the Toronto International Film Festival and it’s ready for release now. It’s also opening in the MAMI festival this year. Apart from that, I have some work left with Commando 3, which is the only film I’m shooting right now.

Can you tell us about the transition that a lot of actors are making from the big screen to the digital medium? Do you see the future of entertainment changing?
It has happened before with television in the ‘80s. In the ‘90s when television had its boom, I think a lot of actors moved from films. Honestly, I don’t know any actor would make a transition or if it is a conscious transition. As for me, I love working on both digital as well as cinema. If there are challenging projects, talented people trying to make a good product, I would be interested in being a part of it regardless of the medium.