Stan Lee, the creator, writer, publisher of the famous Marvel Comics breathed his last on Monday morning. Credited for creating famous superheroes including Black Panther, Spider-Man, the X-Men, the Mighty Thor, Iron Man, the Incredible Hulk, Daredevil and Ant-Man, among others the 95-year-old's death has sure left a void in the hearts and minds of millions of fans.

As the news broke, fans including celebrities from Hollywood as well as Bollywood have taken to the social media to share their thoughts on Lee's demise. 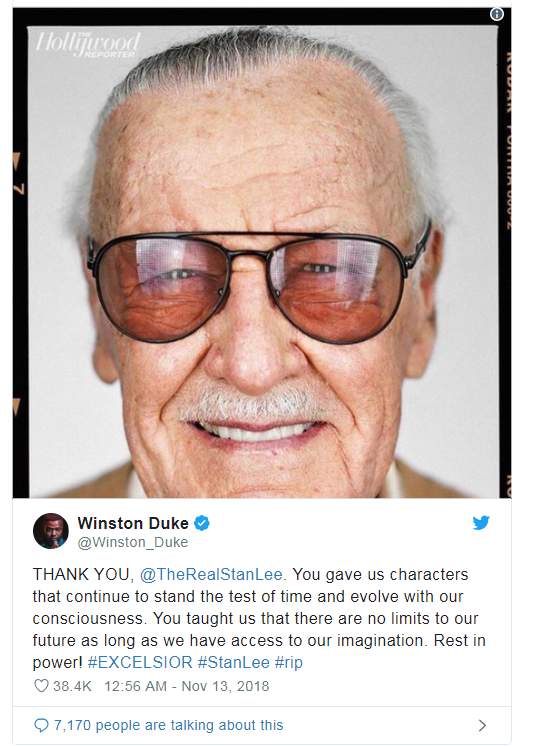 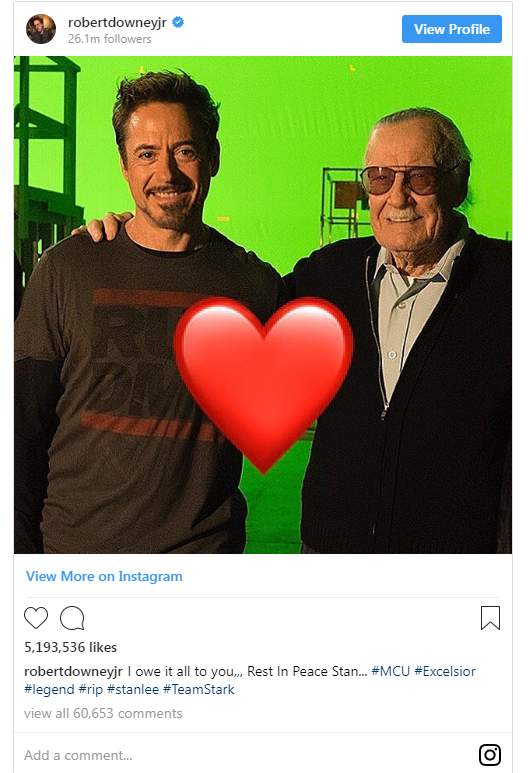 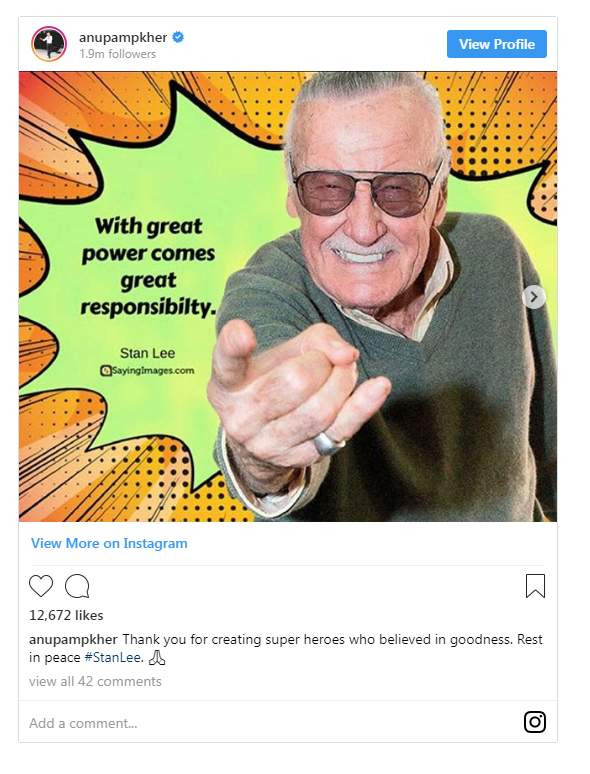 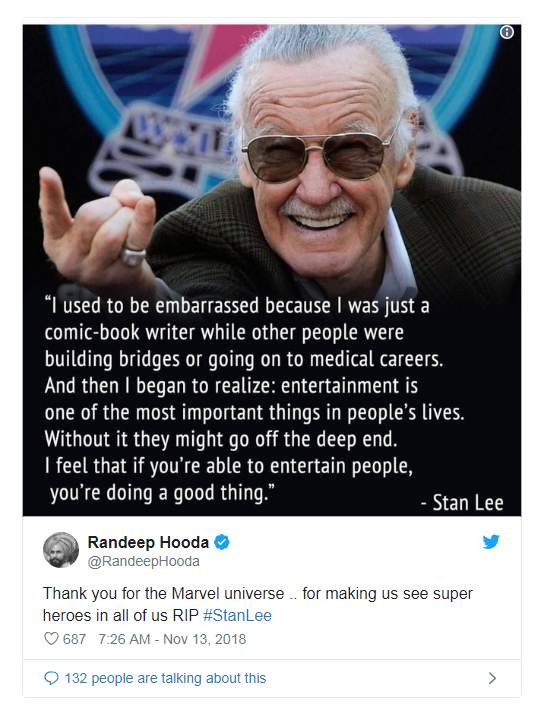 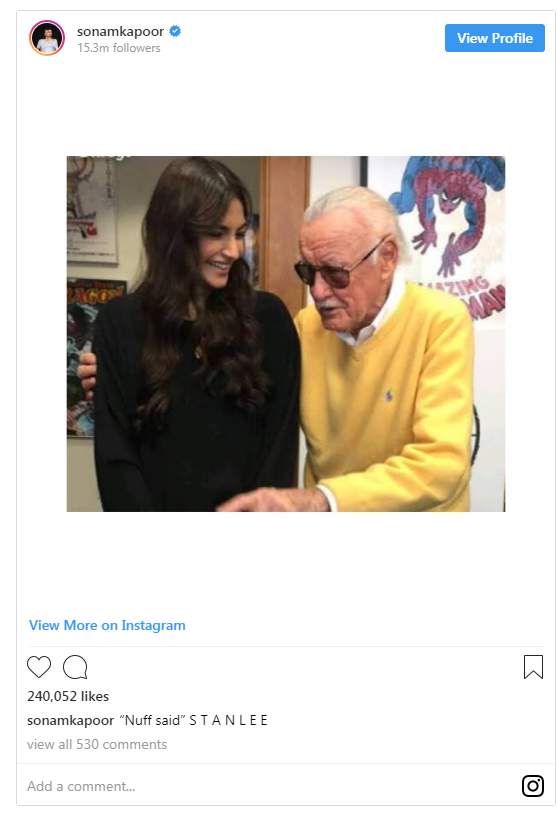 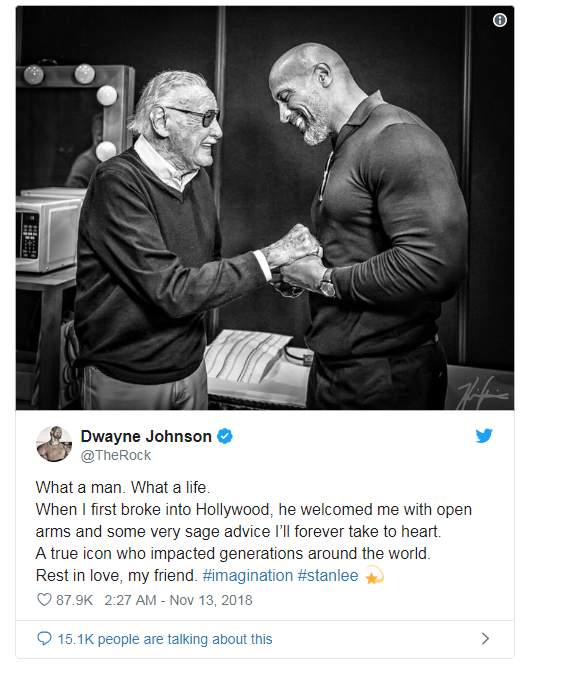 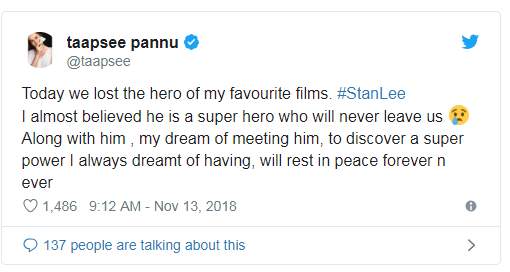