It has been a hectic year for Tamil film director Chezhiyan, especially after the 65th National Film Awards were announced earlier this year. After all, his debut directorial To Let was awarded the Best Feature Film Award in Tamil. Yet to see a commercial or theatrical release, the film has been touring major film festivals around the world and won the Best Film Award in The Indie Film Festival of California, Best Fiction Film in the Los Angeles Film Festival and more recently, a Best Director and a Best Cinematographer Award at the Pondicherry International Film Festival.

A film about the ordeals of renting out an apartment in a city like Chennai — a subject that not just the cinematographer-turned-director, but also the film’s editor Sreekar Prasad related to, personally. The award-winning editor of films like Dil Chahta Hai, Firaaq, Kannathil Mutthamittal, Kaala and the upcoming Vijay-starrer Sarkar, Sreekar (also the nephew of renowned filmmaker LV Prasad) is a veteran in the industry, having worked in films in Hindi, Tamil, Telugu and Malayalam. Over an hour-long phone conversation, we got Chezhiyan and Sreekar to quiz each other about films, fame, and projects in the pipeline.

Finding common ground
Chezhiyan and Sreekar’s association, we learn, goes back to the early-2000s, right about the time Mani Ratnam’s Alaipaayuthe released. A young cameraman then, Chezhiyan was working on the film as an assistant to the main cinematographer, PC Sreeram. “When we were shooting the film, I had no idea what the final product was going to look like,” says Chezhiyan, adding, “Like the rest of the audience, I too saw the final film only when it released. I was awe-struck at the way the film turned out and a large part of the success of the film had to do with the way it was edited. The film followed a non-linear pattern of storytelling for which editing played a key role. I learned of Sreekar that way, and had decided that if I were to make a film, he would be the one editing it.”

Sreekar laughs off the praise modestly. “I haven’t worked with Chezhiyan till now, but I know for a fact that he is a film buff and an appreciator of good cinema. When he came to me with To Let, the originality of the story struck me. Being in the film industry, during my early days, I too faced a lot of trouble while renting out places to stay. People were apprehensive to rent out a house to me because I was from the film industry. At some point, I am sure everyone has gone through such troubles. That is why I feel the film will connect with the audience. His intention to make a film was genuine and he stuck to his vision. I really appreciate that,” he adds. Chezhiyan chimes in, “But, I thought this collaboration would never happen. The film did not have any big stars or any big technicians to boast of. Sreekar was already busy with two other big films. I asked him for an hour of his time and narrated the story to him. He instantly agreed.”

Dial down the drama
Sreekar, Chezhiyan says, brought his experience beyond the editing table. “It was such a collaborative effort. He taught me how to approach certain shots in a way that not just made it easier to edit, but also added to the storytelling. When we actually sat down and edited, it was like watching magic happen on screen. It may sound clichéd, but I was able to see the film from a different perspective, thanks to his inputs.” Sreekar adds, “Initially, we were targeting film festivals and international audiences. We wanted to keep the film as real as possible. There is a difference in commercial film culture and festival film culture. Being dramatic and loud is a common feature in India. But if you look at international films, melodrama is almost absent, their culture is like that. We were competing with that. We tried to dial down the drama and reduce the verbosity. That way it could cater to any kind of audience. We took a bold decision to not use any music — background music or songs — to add to the emotion. My job was to ensure that the film did not stretch to a point of boredom.” “And he has done that brilliantly,” Chezhiyan replies. 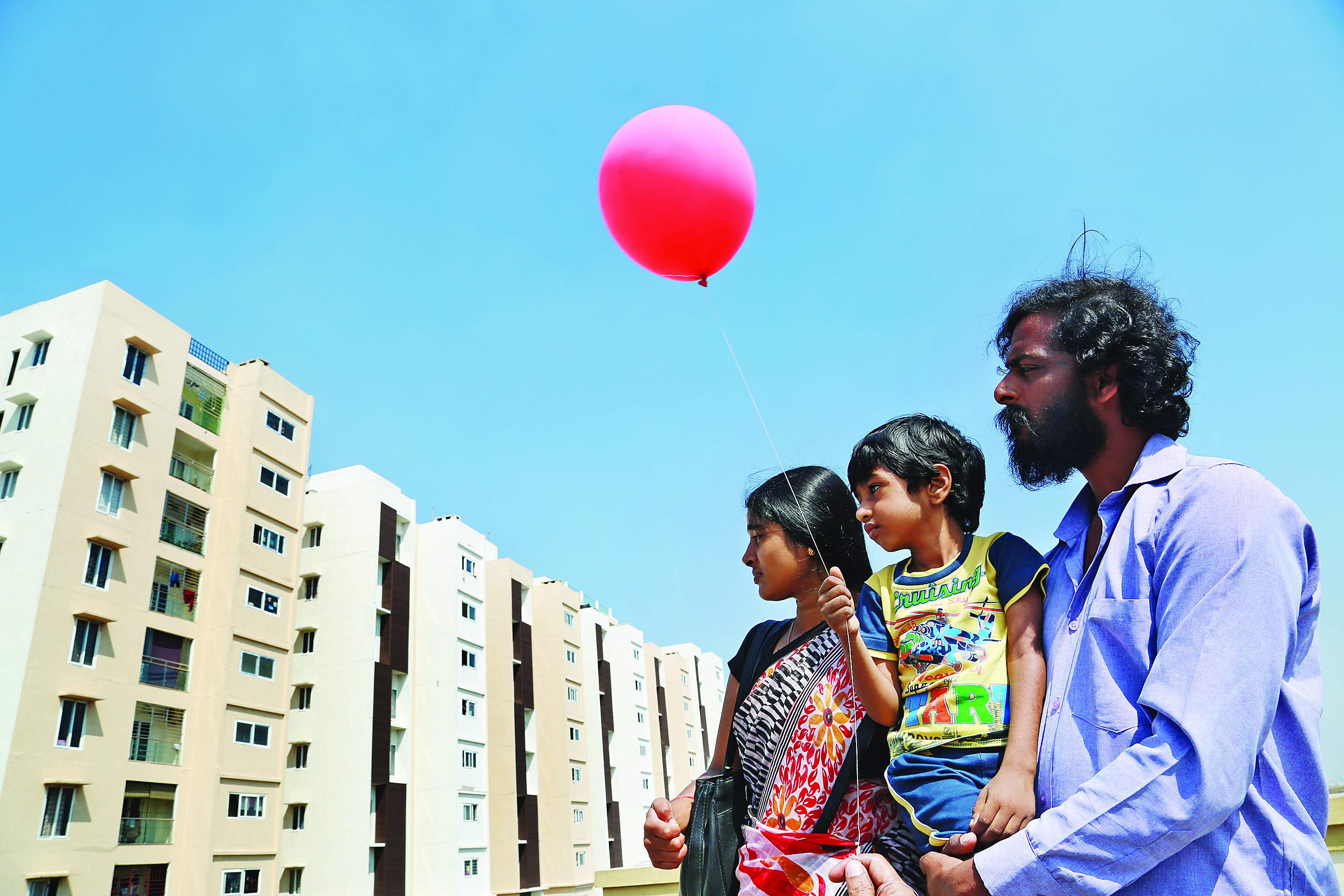 Idol worship
Of the 96 festival screenings that Chezhiyan has attended so far (of which his movie has won 26 awards in different categories), the Armenian Film Festival, held two months ago, has been the most memorable one for him. “I got to meet one of my film idols, Iranian filmmaker Asghar Farhadi, who was also a part of the jury. He met me after watching the film and called it a “pure film, very close to reality” and appreciated the finer aspects of the film. It was surreal to hear that from him — a two-time Oscar-winning film director — laud a film from India, and that too my film,” recalls Chezhiyan. Interestingly, To Let was also shortlisted from India for Best Foreign Language movie, for an Oscar nomination this year. “More recently, the film was screened at the Pondicherry International Film Festival last month, where it won three awards — Best Film, Best Editor and Best Director. That was really special for me personally, considering it was so close to home,” says Sreekar. Post the festival screenings, one in Doha and another in Delhi and possibly in Uruguay soon, the film, we wonder if To Let will ever see a commercial release in theatres. “We are planning a release in December,”Chezhiyan promises.