Noted fashion designer Marc Jacobs got married to his longtime boyfriend Charly Defrancesco. They tied the knot on Saturday, Jacobs revealed in an Instagram post and Instagram story.

The designer posted a photo of a diamond and onyx penguin pin attached to a suit jacket, with a wedding ring in full view, which he said was a gift to himself and Defrancesco from Miu Miu and Prada design director Fabio Zambernardi. 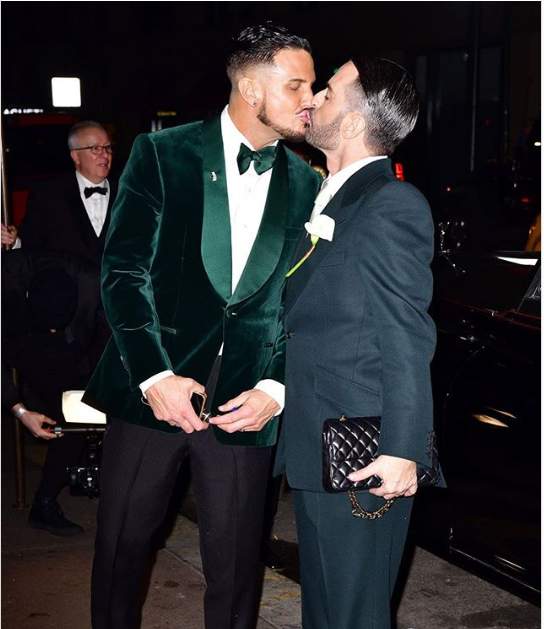 "Penguins have only one partner and mate for life. A great example of faithfulness and fidelity. So grateful to you and love you so much dear Fabio," Jacobs wrote in the caption. "Tonight these two sweethearts are getting married," Jacobs' former fiance Lorenzo Martone wrote in an Instagram story showing a photo of Defrancesco and Jacobs.

The designer proposed almost exactly a year ago in a Chipotle via flash mob that performed to Prince's "Kiss", which he revealed in a video posted on Instagram.

The fashion designer and the candle-maker began being seen in public three years ago.