Post her breakup with Bollywood heartthrob Vicky Kaushal, actress Harleen Sethi is back in the news as she wrote a heartfelt poem and posted it on Instagram.

In the poem, she wrote about how her life has turned out so far, how everything began, how setbacks in life would not pull her down and success won't make her any less grounded.

She started her poem with, "From where I started, To where I've come, I didn't design this path, His will was welcome. Fearlessly hustling, Energetic and bustling, I found who I was, A small fish in a big pond, I enjoyed the eccentricities...”

She went on to write: “Link ups don’t build me, breakups don’t break me, Wins don’t fill me, failures don’t kill me.” It was on Neha Dhupia’s show No Filter Neha that Vicky has first dropped a hint of his relationship with Harleen. When Neha had asked him which person he would like to swipe right (super like) on Tinder, with Harleen being one of the options, he said that he would like to swipe up many times for Harleen, saying “Right, super up, up. Upmatlab jitna chadh jaaye”. 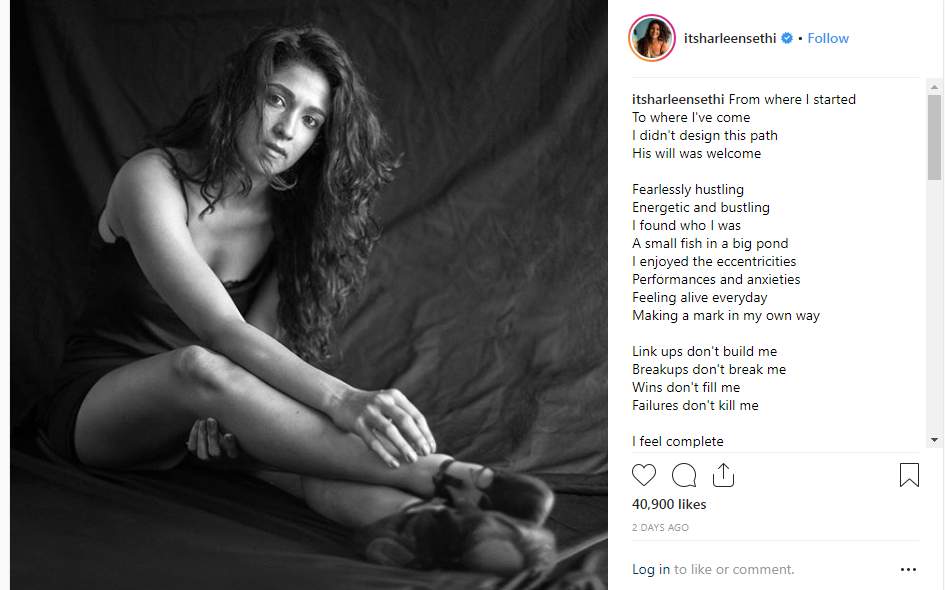 In an earlier interview, Harleen had said that love can happen several times.“I believe love can happen twice, thrice and any number of times. It can also happen at any age. The ‘pyaar ek baar hota hai’ concept was only for Kuch Kuch Hota Hai, where SRK himself fell in love twice.”