Dia Mirza and Sahil Sangha's separation comes as a shocker, here's why!

Actor-producer Dia Mirza and her husband producer-director Sahil Sangha have called it quits after five years of being married. Dia announced their decision through her Instagram account. 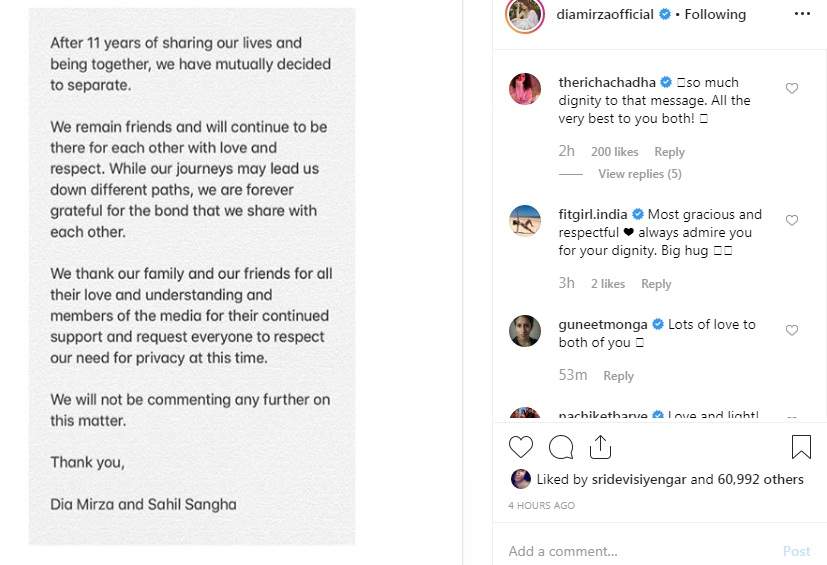 However, this was totally unexpected considering how the couple had always given relationship goals. In fact, less than a month ago, on July 16, Dia had posted an adorable picture of herself with Sahil on her social media account, wishing him a happy birthday, with the caption, "Happy birthday, precious one." 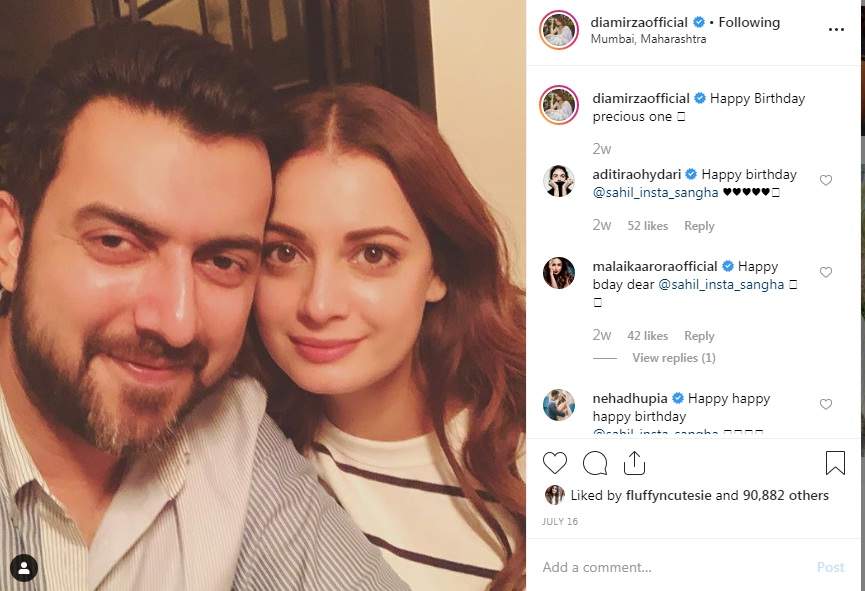 In fact, Dia had always made it a point to wish her husband on their anniversaries through specially made picture collages that she would post on Instagram. The couple had tied the knot in a simple way, unlike the usual baand, baaja, baaraat celebrations around Bollywood weddings. It was a simple Arya Samaj wedding on October 18, 2014. On October 16, Dia's mehendi ceremony was held in Delhi. In an earlier interview, Dia had spoken about her wedding saying, "I am very happy. It was a beautiful Arya Samaj ceremony. The vows were explained to us. It was wonderful because it was good to be conscious of what you are going through, and what the vows you are exchanging are. It was a dream wedding." The couple also run a production house together Born Free Entertainment. They have produced films like Love Breakups Zindagi and Bobby Jasoos. They recently forayed into producing web series with Mind The Malhotras that's streaming on Amazon Prime Video.