Rajnikanth's is all set to take up the role of a cop in his upcoming Tamil action-drama Darbar. Earlier in the day, filmmaker AR Murugadoss took to Twitter to treat the actor's fan with a surprise motion poster of Rajinikanth from the film.

In the 1.37 second teaser, Superstar Rajini is seen wearing the police uniform walking with an iron rod in his hand sporting a long brown jacket. That's not all, the image of Thalaivar is smoking hot. And we mean that quite literally as the image of the South Indian superstar is engulfed in flames. 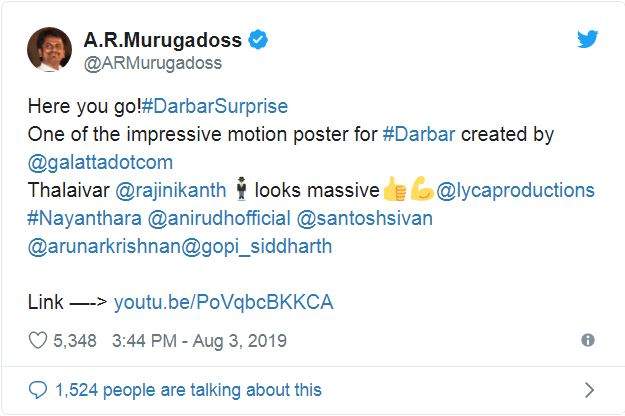