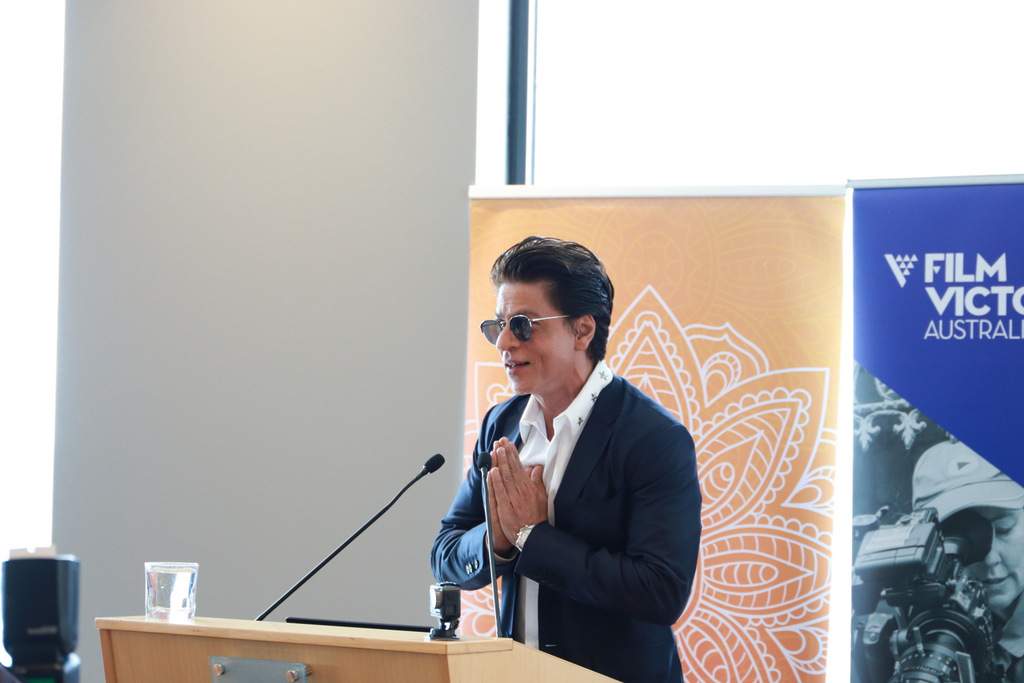 Mitu Bhowmick Lange, director of the festival introduced the programs of the festival, while Shah Rukh, who is guest of honour spoke at the inauguration. "Many years ago in 2006-07, I came here when I was a rising superstar giving hit films after hit films. And now I am back here again, still a rising superstar not making as many hit films (chuckles), as much as I would want to do so. I thank everyone for the opportunity to speak here. When I was shooting for Chak De in the city, I used to play Trivial (a game) with crew members on set. Because of being an Indian film actor, we often feel localised. It’s thus heartening that because of the Indian diaspora - the second generation of Indians here (people like Mitu) Indian cinema is getting noticed. It’s extremely gratifying and makes every Indian proud. I speak for everyone on the dais today, that we are happy to be here." SRK who is known for witty remarks and inimitable style kept the audience hooked onto his speech. Meanwhile Karan Johar who was present at the inauguration said, "I have to start by thanking Mitu who has been such a strong force right through the festival. It’s not the films but the people behind the festival who make it what it is. When I see this fantastic panel and we say the theme is courage, I say the panel is reflective of the glorious courage of our films and changing face of Indian cinema. It represents three feature films that have changed the way we look at Indian cinema and how it has travelled across the globe and will continue to do so. There is Super Deluxe, Andhadhun and Gully Boy. All of these have appealed not only to the diaspora but to international audiences across the globe, making Indian cinema so proud. And what to say about Shah Rukh Khan, he fully represents super stardom. I firmly believe, in the era we belonged to, the term is understood because of him. It’s not just about his large heart but his tremendous presence and aura. The fact that he is an outstanding actor is hugest icing on the cake. I look forward to my time here and all the selection of movies is on point and resonant with the theme of courage."