If the buzz on the internet is to be believed, pop icon Katy Perry has been accused of sexual misconduct by model Josh Kloss, who was her co-star in the music video Teenage Dream. The model reportedly made the accusations ahead of the ninth anniversary of the album’s release.

According to reports, Josh took it to Instagram and wrote that working on the video with Katy Perry was “one of the most confusing, assaulting, and belittling jobs I’ve ever done."

He wrote: “It was Johny Wujek’s birthday party at moonlight roller way. And when I saw her, we hugged and she was still my crush. But as I turned to introduce my friend, she pulled my Adidas sweats and underwear out as far as she could to show a couple of her guy friends and the crowd around us, my penis. Can you imagine how pathetic and embarrassed I felt?”

He also alleged that the singer’s representatives prevented him from speaking about the incident all this while.

He wrote: “I just say this now because our culture is set on proving men of power are perverse. But females with power are just as disgusting.”

“The fear sticks with you, when you are censored to protect someone else’s image. And this anniversary and time elapse made me realise hey now is the time to let it out and let it go. Not one more day of hearing ‘How was Katy Perry?’” he added.

Katy Perry has not yet commented on the allegations.

Here are the screenshots of Josh's statement that have been making rounds on the internet. 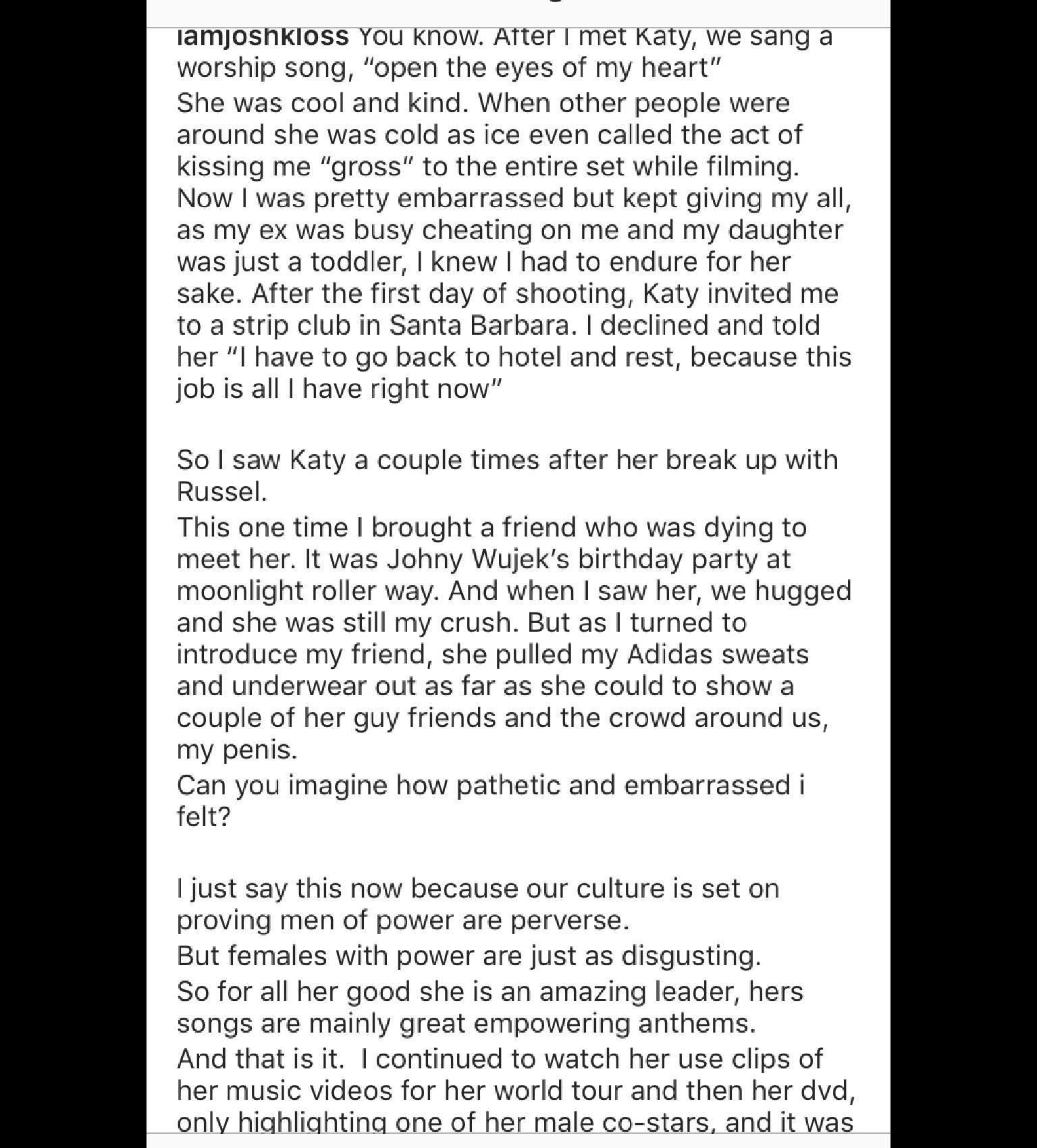 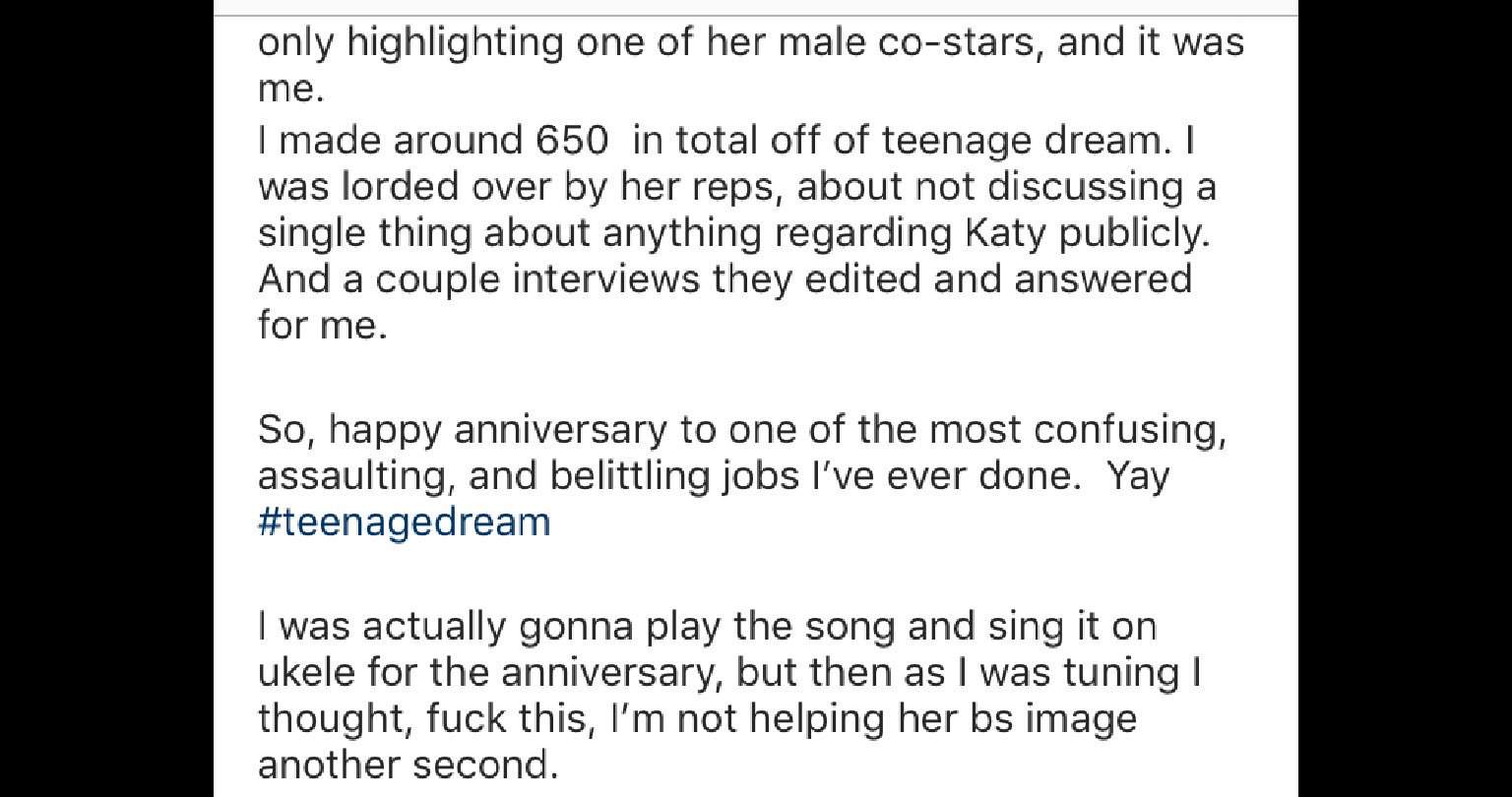 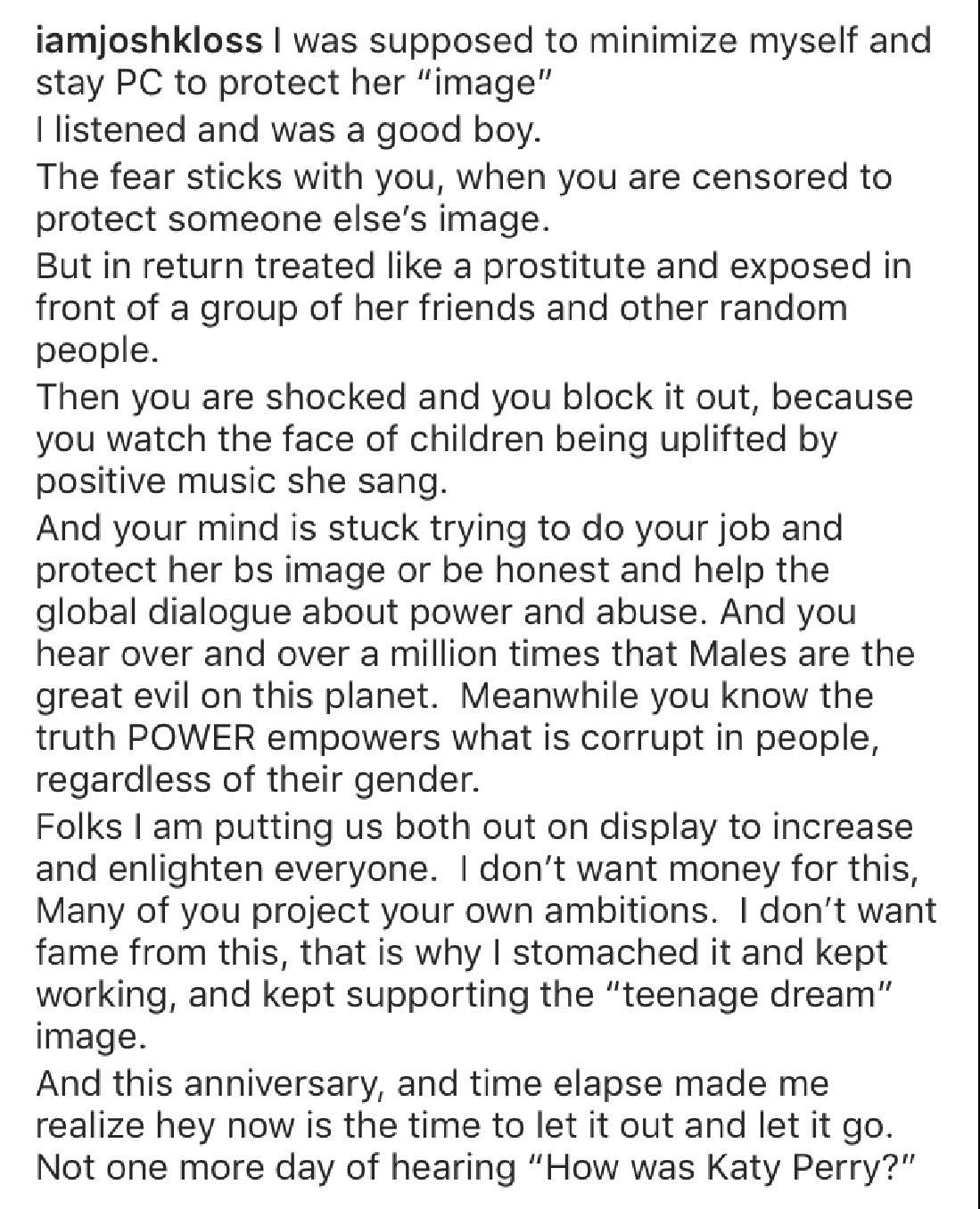