Nick Jonas congratulates wife Priyanka Chopra on her UNICEF award, says, 'You inspire me every single day by just being you'

Nick Jonas is proud of his wife Priyanka Chopra Jonas and he isn't shy raving about it on social media. Nick is celebrating his wife's latest award. Priyanka received the Danny Kaye Humanitarian Award at the 15th annual UNICEF Snowflake Ball on Tuesday for her work as United Nations Children's Fund's (UNICEF) Goodwill Ambassador for child rights.

Nick congratulated her with an emotional post on Instagram that read, "So proud of who you are and the good you’ve brought into the world as a goodwill ambassador with @unicef @unicefindia for over 15 years now. You inspire me every single day by just being you. Congratulations my love." 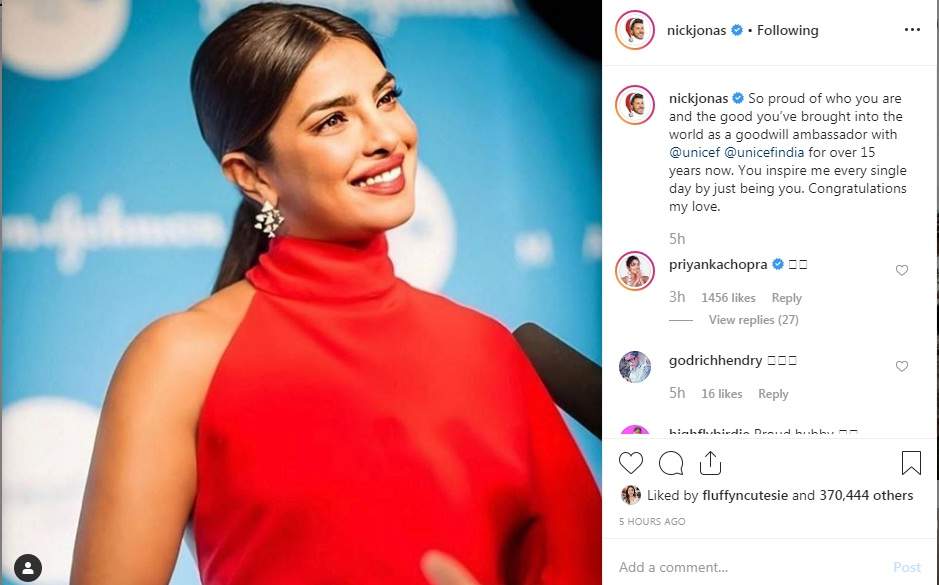 The actress has been associated with UNICEF for over a decade and has worked towards the causes of child rights and women empowerment. Priyanka attended the ball with her mother Madhu Chopra. After receiving the award, the actress posted on her Instagram saying, "I am in awe of the tireless efforts and unwavering commitment of the people who work for #UNICEF. Thank you for allowing me to be part of this journey. To serve as your Goodwill Ambassador is the privilege of my life." Earlier this year, the Quantico actress was in Ethiopia as part of a program that focused on empowering young boys and girls. 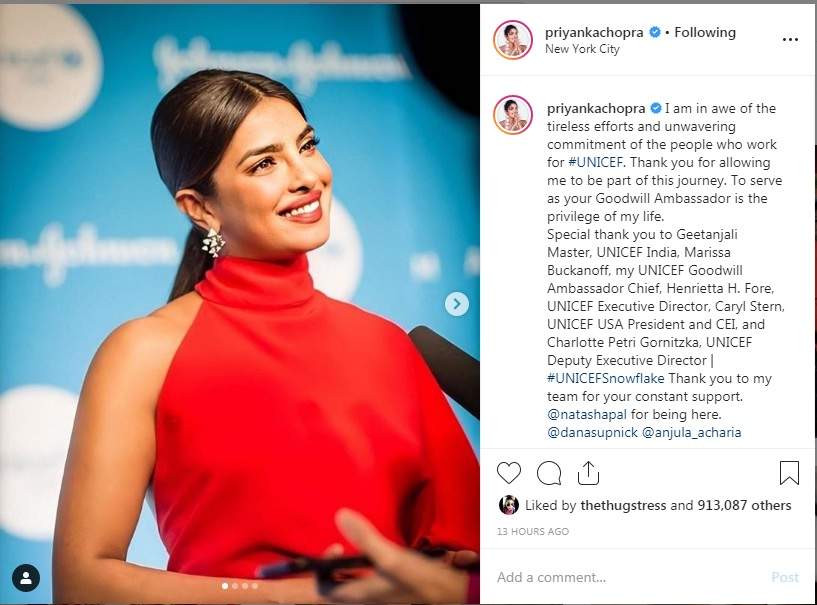 Priyanka and Nick celebrated their first wedding anniversary on December 1. They got married in 2018 with a lavish wedding at Umaid Bhawan Palace in Jodhpur, Rajasthan that grabbed global attention.