How far can a pet owner of rescued animals go to keep the strays with her?

Supermodel and actress Elena Fernandes has set an example by taking her seven rescued cats from Mumbai to London. Elena posted pictures of her cats on her Instagram stories on Thursday, the day she left for the UK. The 32-year-old posted these images with a 'Thank you British Airways,' caption. 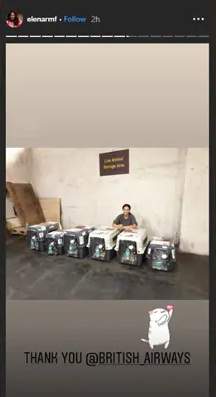 On Friday morning, the Kapoor & Sons actress posted an update again on her Insta stories saying they have landed safely. "To everyone asking we have all landed. Thank you so much to the British Airways team both in India and the UK. Stay tuned for picture updates for (sic) my '7slumcat millionaires'," she wrote. 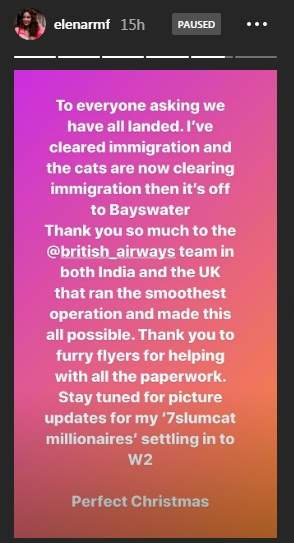 Speaking to one of the newspapers in India earlier, Elena had revealed that she rescued these cats over a year ago, "These cats were found in a poor state of health and some were injured on the streets." Since then, the model has always posted images and videos of her cats on her social media pages. In fact, she also revealed to the paper about why she had decided to take them to the UK. "Since my parents live there it will be easier to take care of all my adopted pet cats."

Elena and her pet cats will spend the festive season in the former's central London home in Bayswater.