Exclusive: Varun Dhawan on his preps for Street Dancer 3D, and a newfound love for hip-hop

IN THE SEVEN years since he made his debut, Varun Dhawan has impressed us with his versatility as an actor, especially in films like Badlapur and October. Parallelly, he has surprised us with his dancing chops, which were visible in songs like Manma Emotion Jaage, Tamma Tamma Again and First Class, and also throughout Remo D’Souza’s ABCD 2. As he returns with Remo’s third instalment of dance drama, Street Dancer 3D, Indulge speaks to the actor about his preparations for the film and love for dance, his association with hip-hop dance festival, Breezer Vivid Shuffle, and facing failure for the first time on box office with Kalank. Excerpts:

Q: When did the dancing bug bite you? Did you hone your dancing skills by undergoing any professional training? Tell us about your favourite dance styles.
I’ve always been very active, even as a child, and dancing is one of my greatest passions. I’ve been lucky enough to pursue it through my films and work, with iconic dancers like Remo D’Souza Sir and Prabhu Deva Sir. They’ve been fantastic mentors whose guidance has made the process a lot of fun. I enjoy freestyle dancing but after having been a part of Breezer Vivid Shuffle, I have a newfound love and respect for hip-hop.

Q: There’s a lot of excitement for Street Dancer 3D. What’s in store for your fans?
In Street Dancer 3D, I play an Indian dancer from London, taking part in a competition with contestants from across the world. In this film, Indian audiences will witness a variety of styles and intensity of dance that have never been seen before.

Q: We heard that the preparations were quite intense and you also suffered an injury...
It was quite an intense training experience. We trained for almost six hours a day, for three months straight, and with different choreographers. We learnt many different dance forms, including krumping, breaking, hip hop, old school and b-boying. I suffered through a mild hamstring injury while doing a stunt but we continued the practice and completed the shoot within schedule. 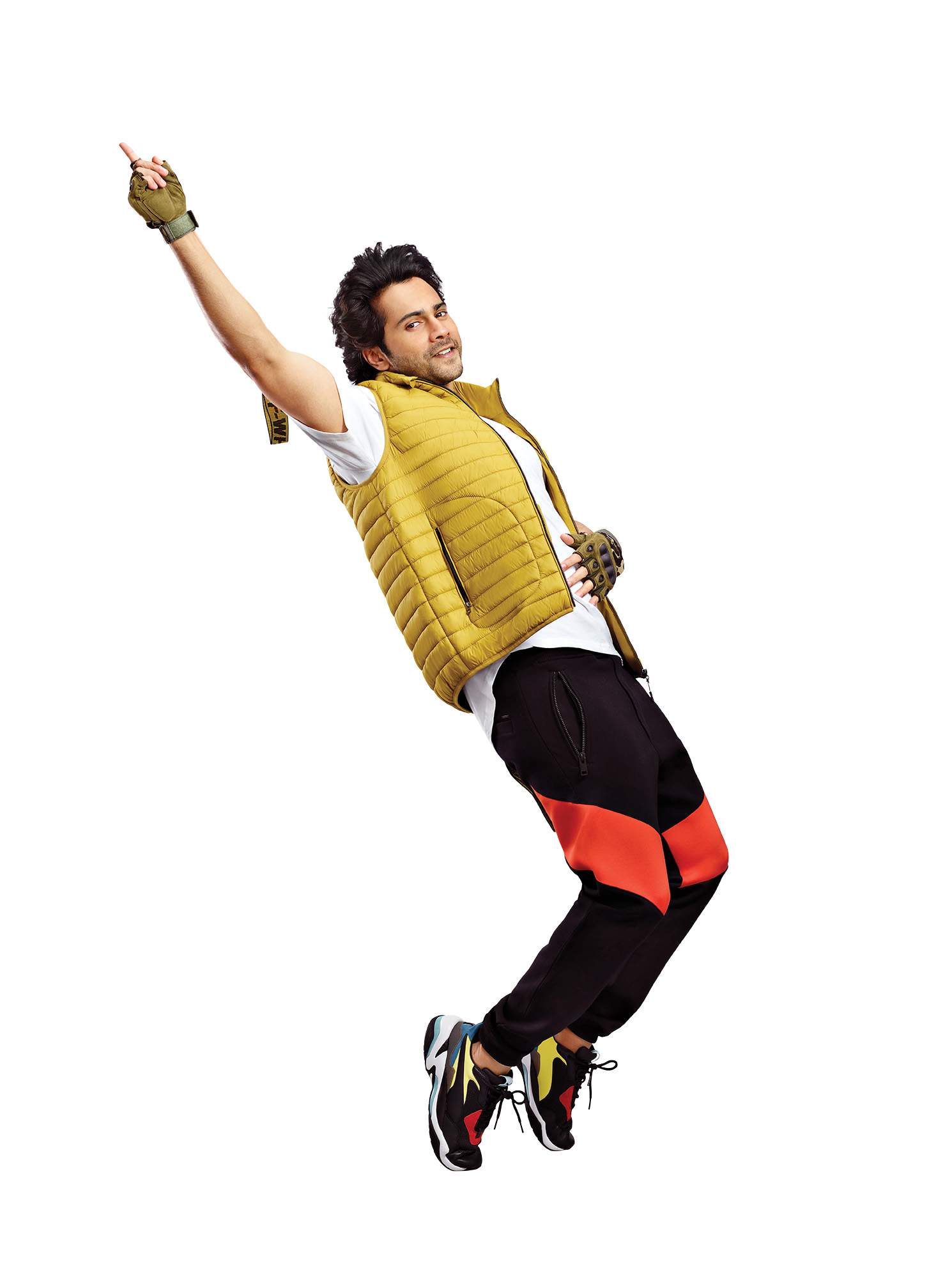 Q: Who gave you a tough competition on the sets? And, whose dance moves do you admire the most from the industry?
The kids that were dancing with us on set were unbelievably good. They were from different parts of the world, with no formal training and barely any infrastructure to practice. Purely driven by their passion for dance, their performance on set was effortless, almost like they were dancing on air. Keeping up with them was a real challenge. From the industry, I think it would definitely be Hrithik Roshan sir. I recently watched a video of him dancing while injured and the level of respect I have for his talent has multiplied!

Q: You are also the brand ambassador of the hip-hop dance festival, Breezer Vivid Shuffle since its inception in 2017. And, we heard that you shot a music video with leading hip-hop artistes. Tell us more about it.
Breezer Vivid Shuffle is India’s biggest hip-hop dance festival that recognizes some of the best talents in the country. I recently shot a super crazy and fun music video with last year’s winner Ramesh Yadav (BBoy Tornado) and this year’s Bboy champion Eshwar Tiwari (Bboy Wild Child), along with popping champion Neeraj. Talented artists like Dee MC, Nivedita Sharma, VOID and JheelGoradia also joined us. The video brings together the best of hip-hop dance styles and it is something that young people can easily learn at home.

Q: What are your thoughts on the hip-hop community in India and where do you think it’s going?
Growing up, I listened to a lot of Eminem and so I’ve always loved hip-hop. It’s incredible to see the evolution of Indian hip-hop and the growing popularity of this crazy and challenging art form. I’m sure it’s only going to get bigger with each passing year, and I hope that my association with the dance fraternity, Breezer Vivid Shuffle, and my films like Street Dancer 3D, inspire people and show them the power of expressing oneself through dance.

Q: Coming to Coolie No 1, how exciting and challenging is it to work with your father?
I’ve worked with my father on Main Tera Hero and Judwaa 2, and I must say that it’s quite stressful working with your parents. It’s not that my dad gives me preferential treatment. If anything, I’m teased the most while shooting with him. Jokes aside, I’m very excited to work with my father and capture the same goofy, fun energy of the original. The essence will be the same, but the film will be different. I’ve always admired my father’s incredible work ethic and to be a part of this project is truly magical.

Q: We love you in commercial films but with October, you have created another space for yourself. When do we see you doing a similar style of cinema?
October changed a lot of things for me, emotionally and career-wise. It changed my perspective on my own performances. It’s only after doing October that I was offered films like Sui Dhagga. I want to do a variety of films, so I’m definitely looking forward to doing a film like October again.

Q: You have always spoken about your films and how none of them tanked at the box office. When it happened with Kalank, and did it break your heart?
Kalank’s failure has been a learning process for me. It did hit me hard because I’m very passionate about my films. I’m here to entertain the audiences by constantly trying to challenge myself and to do different things. Sometimes they work out and sometimes they don’t, but I’ve taken it in my stride and I’m excited to work on my future projects.

Q: What’s next?
I am doing a movie with Sriram Raghavan sir. It is a biopic on Arun Kheterpal. This is my first biopic and I am really excited to play this role.

Quick takes:
● Fitness regimen: Swimming, strength training
● Fav cheat food: Pizza
● A series you binge-watched recently: The Kominsky Method
● A piece of advice that shaped you: “There is no replacement for hard work” by my father
● A movie you would want everyone out there to watch: American Psycho
● Your favourite work of yours: Street Dancer and October
● Dream project: Working with Dwayne Johnson aka The Rock