The rankings were based on estimates of earnings through professions and endorsements of celebrities and estimates of their fame. The period under consideration was October 2018 to September 2019. With Rs 252.72 crore in annual earnings, Virat has not only topped the list but has also become the first sportsman to gain the top spot in the Forbes India list since its inception. The ace cricketer topped the list thanks to match fees, BCCI central contract, brand endorsements and a massive-figure fee for every sponsored Instagram post.

Salman Khan is at number three with Rs 229.25 core and scoring the second position in the list is Akshay Kumar who had releases like Kesari, Mission Mangal and Housefull 4 this year with Rs 293.25 crore.  Despite the failure of his last outing, Zero, Shah Rukh Khan climbed his way back into the top 10 with estimated earnings at Rs 124.38 crore. 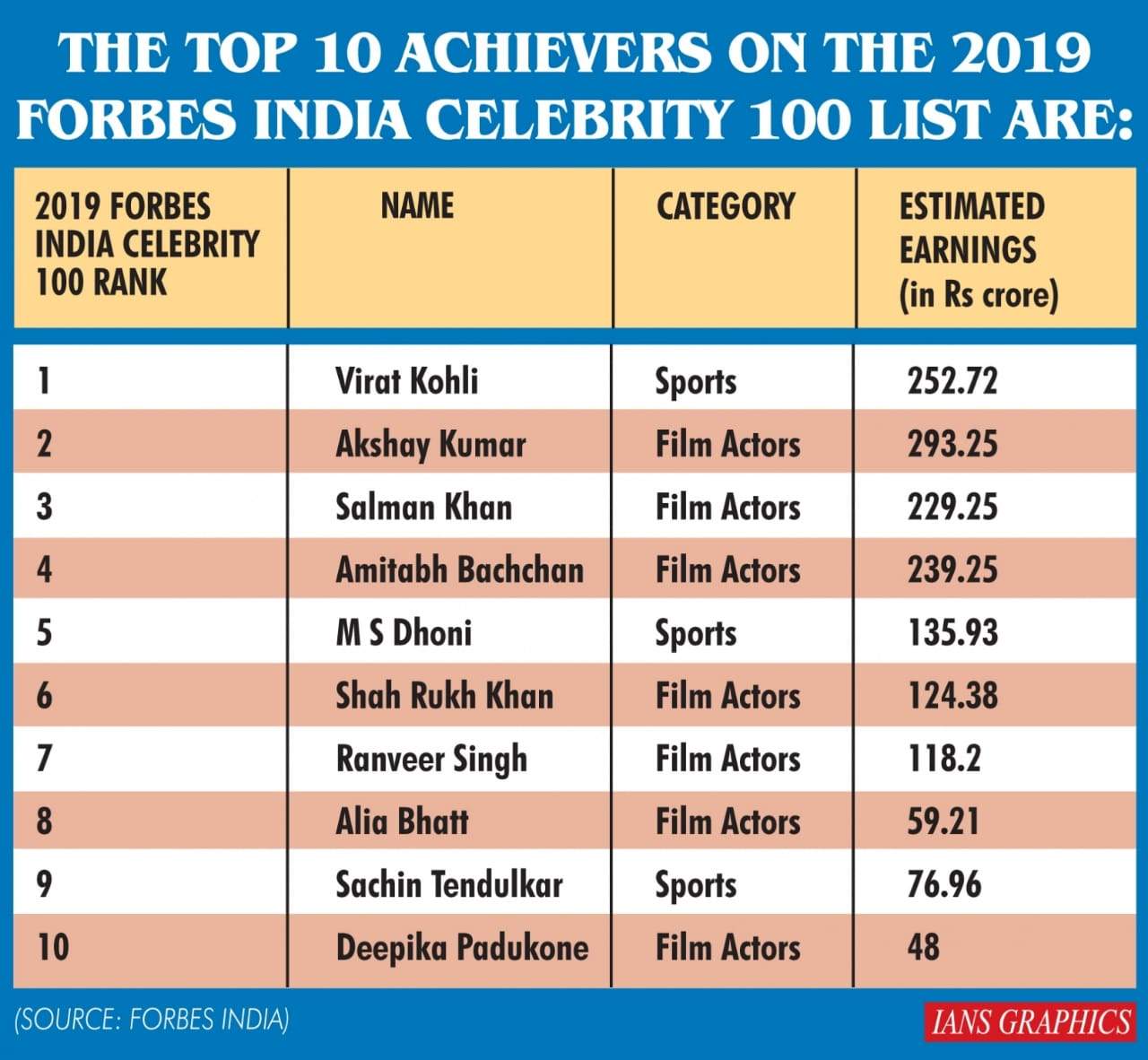 What's interesting to note this year is that Alia Bhatt and Deepika Padukone are also there in the top 10 list. While Bhatt is at 8th spot, Deepika Padukone at number 10. Overall, there are 30 women on the list this year, up from 17 in 2018.

The list also saw 13 celebrities from the South this year (down from 15 in 2018) but their contribution to the cumulative earnings of the top 100 has increased to 12.57 per cent from 11.26 per cent in the previous year.

(With inputs from IANS)