Hollywood maestro Martin Scorsese has faced flak from many new-generation viewers over his critical comments about the Marvel superhero movies, and now even his teenage daughter has playfully trolled him!

The filmmaker's 19-year-old daughter Francesca took to Instagram to share a photograph of the Marvel-themed wrapping paper she is using for Christmas gifts for her 77-year-old father, reports media. 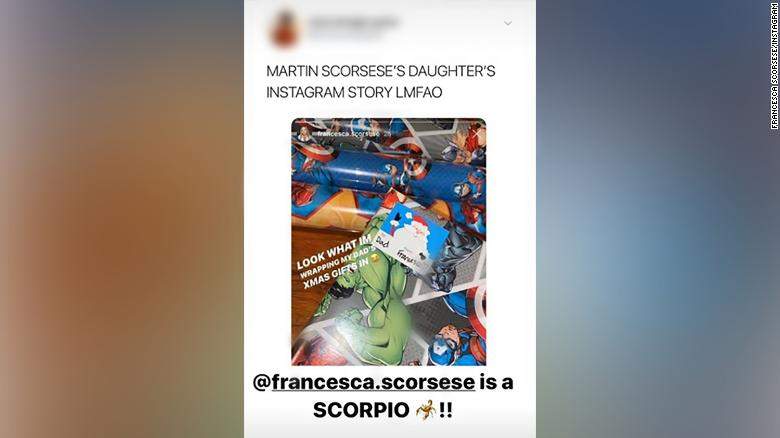 In October, Scorsese started a row when he revealed what he felt about the Marvel Cinematic Universe movies.

"I don't see them. I tried, you know? But that's not cinema," the filmmaker said, which sparked the controversy.

"Honestly, the closest I can think of them, as well made as they are, with actors doing the best they can under the circumstances, is theme parks. It isn't the cinema of human beings trying to convey emotional, psychological experiences to another human being," he added.