Been looking for you all my life: Anushka Sharma tweets to American singer Julia Michaels on their uncanny resemblance 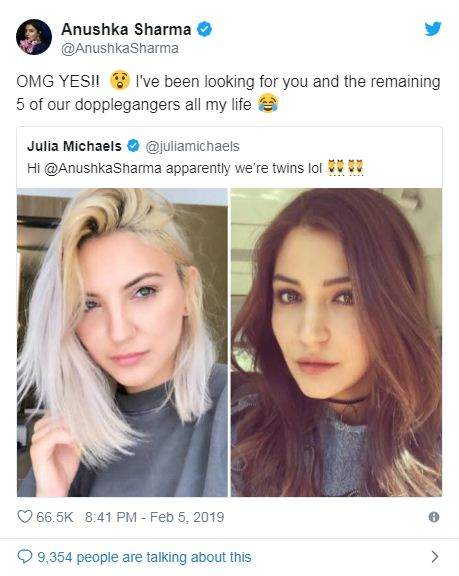 The Pari actress responded: “OMG, Yes!! I’ve been looking for you and the remaining five of our doppelgangers all my life.” Anushka’s referred to the oft-cited theory that every person has seven lookalikes.

Julia is a Grammy-nominated artiste and recently released her new single with Selena Gomez titled Anxiety.

Meanwhile, Anushka is currently spending some quality time with her husband Virat Kohli in New Zealand, where he is leading Team India in the ongoing cricket series against the Kiwis. The couple has been sharing adorable photographs from their trip.