Six years cancer-free. Manisha Koirala is not just healthy these days but she hikes frequently, and even has an adventure to the Everest base camp planned with friends, in April. Promoting her new book Healed —How cancer gave me a new life, co-written by Neelam Kumar — the actor who was once steeped in depression, says the diagnosis of ovarian cancer was her rock bottom. But since then, Manisha, who we last saw in Sanju and Lust Stories on Netflix, has been championing a cause that most take for granted — living. In this heartfelt interview, she tells us how the jolt of facing death can help you live your best life.

Life before the C word
Before I was diagnosed, I think I was living in a lot of darkness. I was not leading a happy or good life, but I was also not doing anything about it. In fact, I was just getting sucked into that black hole. I think when cancer happened, I was probably at my lowest point. My marriage had fallen apart — trying to save it had broken me. Lots of things were not going my way. The final straw was the diagnosis. 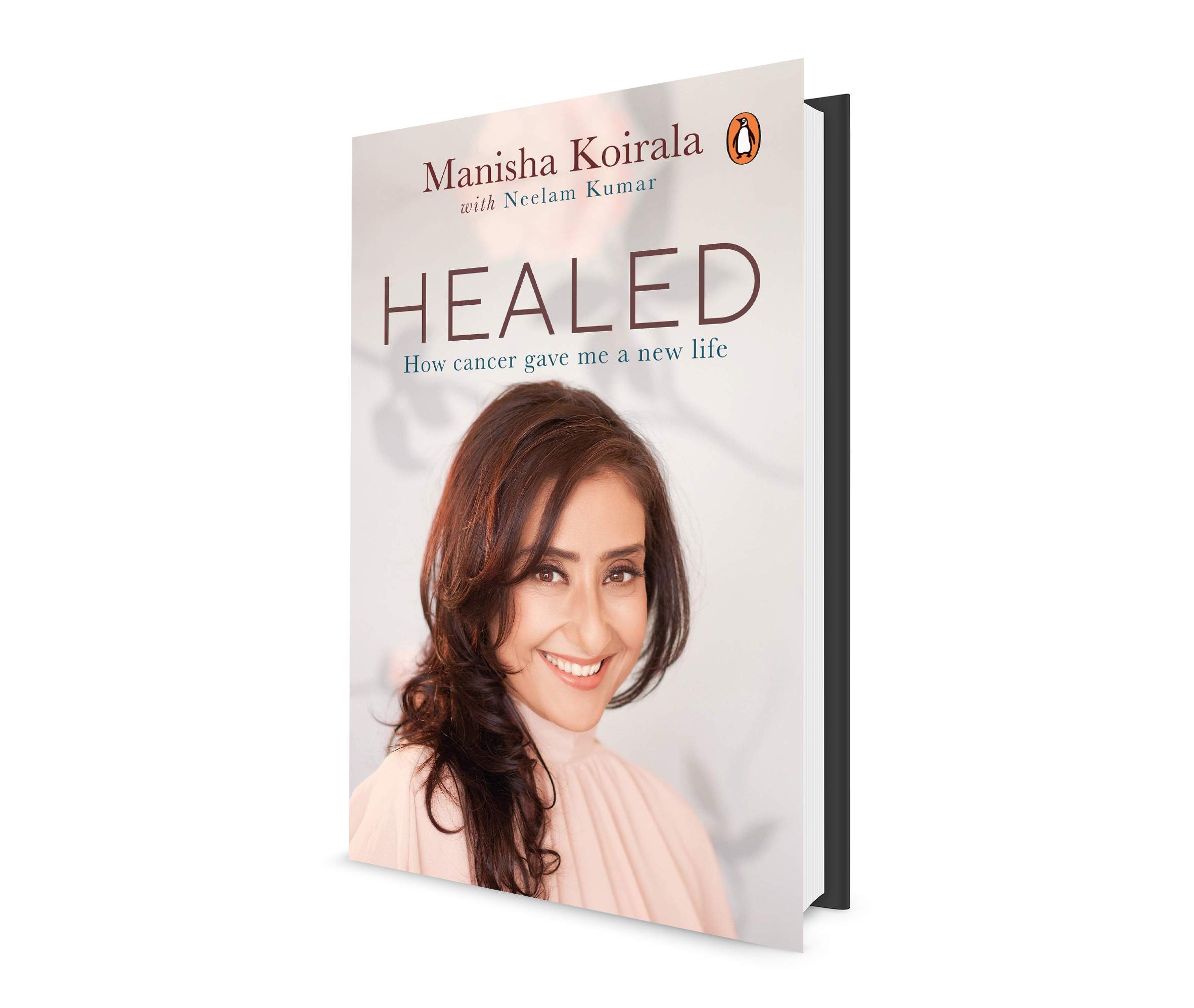 Clarity in the face of death
My priorities changed for good. I became more mindful with my family. I started looking at situations with a different perspective. It’s almost like you have a bird’s eye view instead of a worm’s eye view, because you realise all of this is not permanent. Relationships with my friends and those at work — became more gentle, more mindful. And I stopped postponing things I wanted to do or taking things for granted. I don’t think, you know, I’ll do it next year.

Difference between being alive and living
People should really value this life. When I say value, what it really means is basically valuing oneself — and that means your health, happiness, well-being. I don’t buy into self-badgering and self-negligence. I feel that it is our right to be happy in this lifetime. After all, how can an unhealthy person or an unhappy person — do any good for society?

Fighting fear
When you think that you are going to die... I thought if this is my end, then my biggest fear was how did I live? Because I was very depressed back then and I felt that I hadn’t utilised my living hours well.
Basically, this fear is there throughout. But we learn to live with the fear. Even after I was declared cancer-free, the doctor told me it would 90 per cent re-occur. So for three years, I was scared. But as human beings, I think we learn to cope and live with the fear. And I thought, let me focus on what is good and what I have now.

■ Let’s par-tea: I love herbal tea in the day and chamomile tea in the evening. In the afternoon, I sip on a fruit tea that I really like.

■ Detox diet: I have been on and off a ketogenic diet since 2018, but I am not
regimented. I give my body what I feel I need. I also do a lot of body cleansing
with vegetable juices for a three-day stretch.

■ Get your Zzz’s: I make sure I sleep at least eight to nine hours a night. And if I can’t, for instance we shot all night for Lust Stories — I make sure I catch up over the
following days.

■ Soul sessions: I love jazz, so I usually have my portable speaker set to a
jazz channel on the radio.

Catharsis, one chapter at a time
Working on a book is a serious commitment. I don’t know if  is something that I would recommend. I thought I would work a few hours a day and I would manage. But slowly, it started sucking me in and I would be writing as long as 10 hours a day.

I started in December 2017. But what would often happen is that I would sit for one hour and then avoid writing, and then write for another hour and avoid it. Whenever a painful moment came, I would just evade it. So much so that in July (2018) I almost stopped writing the book. it was a process for me — it made me realise that I was actually dodging the pain. And I was unable to face it, sit with it or address it. My mind wanted to forget and I could not.

But if there was a part of me which was finding it difficult to sit down with the pain, there was another part of me which wanted to express. I thought if I did not share it, it would be an experience that would be missed. Also, I thought first-hand experience of a cancer patient’s pain and trauma was not written. I am also someone who likes to give hope — because I realised how important hope was for me when I needed it.

First thing I do in the morning
Put on BBC Radio — go to my sundeck — there’s a tea counter there. I first have three to four rounds of green tea and then a round of black tea. My parents come in slowly after that. My father regularly and diligently does pranayama, But I have learned not to be ritualistic or dogmatic, I do exercises based on what I need that day.

Every second or third day when I am in Kathmandu — I go on a hike in the woods with friends. Then come back and have breakfast. I try and hike three times a week. This April, I am hiking up to the Everest base camp with my girlfriends from school, so that’s quite exciting.

Self first, actor second
Over the last three days, I watched three films back to back: Manto, Rajma Chawal and Andhadhun. And I absolutely loved them. Unlike the 1990s, today so many interesting movies are being made — and they are successful. So lots of directors are experimenting with different kinds of cinema — and I want to be part of that.

Healed published by Penguin is priced at Rs 499 (hardback).