In what is considered to be one of the biggest militant attacks ever, over 40 CRPF personnel got killed and many got injured after a suicide bomber rammed a car into the army convoy in Awantipora town of Pulwama district.

Condolences have been pouring in from around the globe and within India ever since the news of the unfortunate event broke. People from the Bollywood film fraternity including Priyanka Chopra, Madhuri Dixit, Aamir Khan, Akshay Kumar, among others have taken it to their social media handles to convey their condolences. 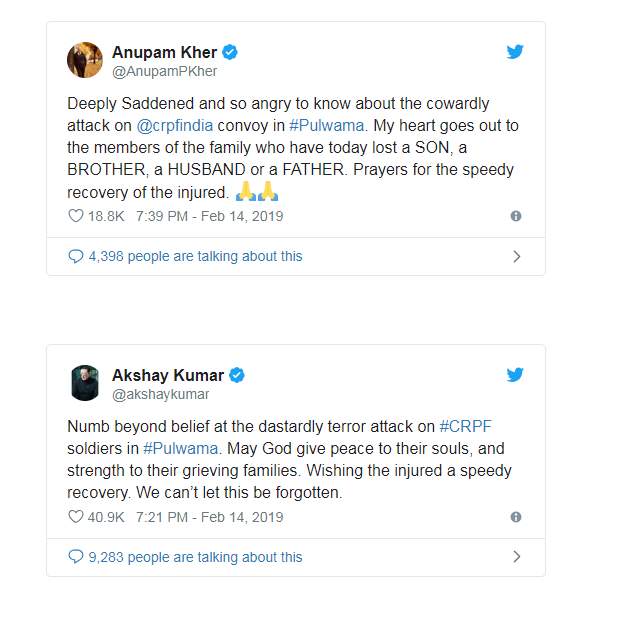 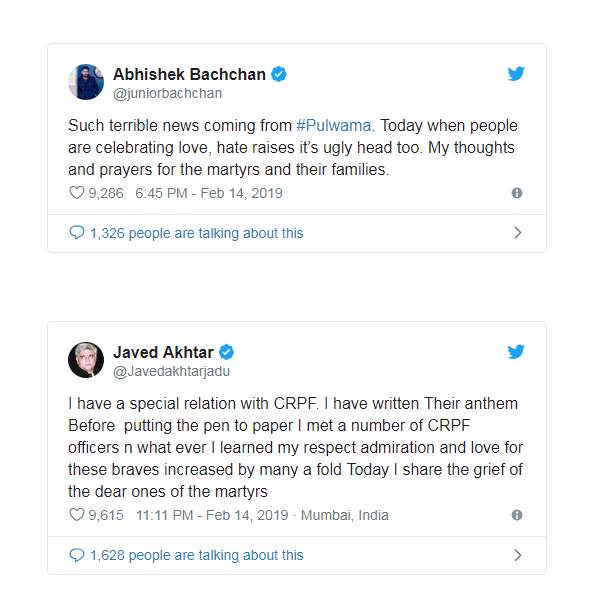 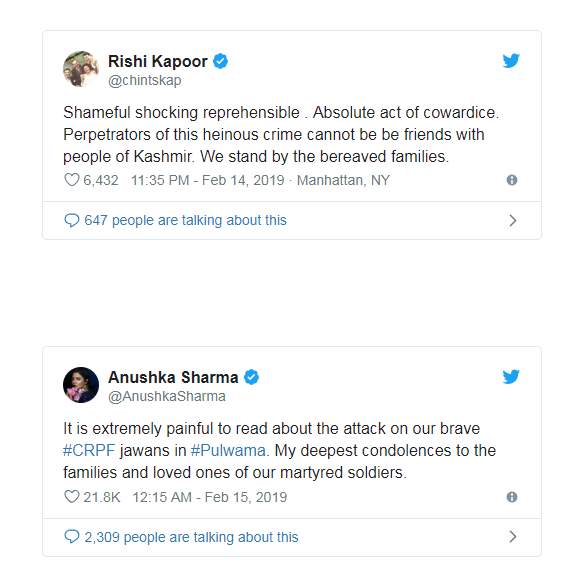 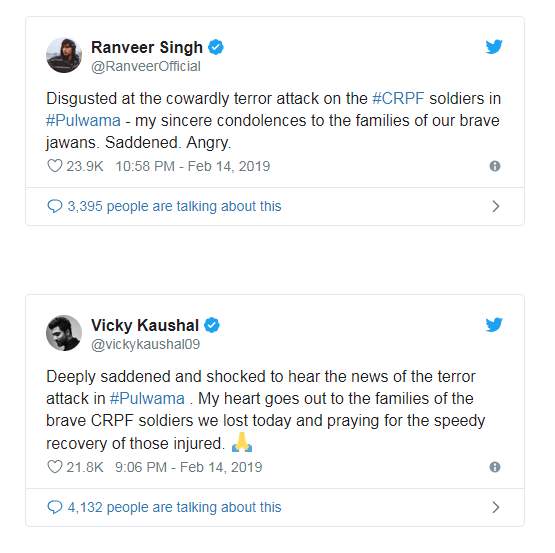 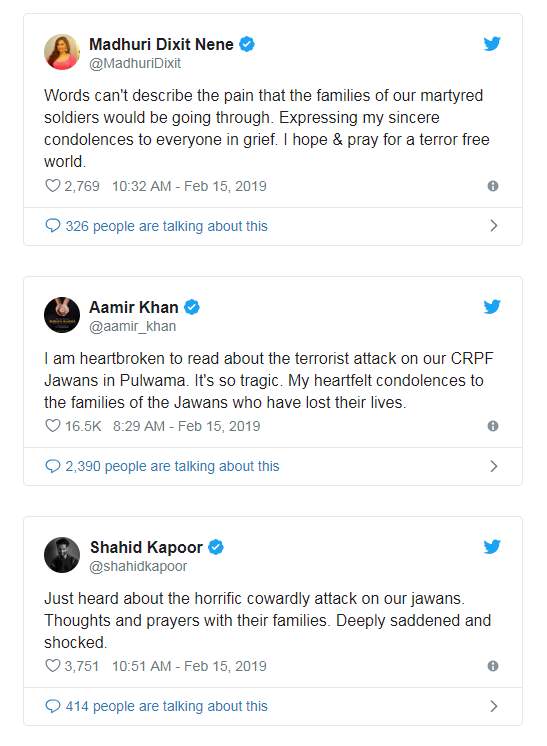