You are unstoppable, proud of you: Deepika Padukone showers love on Ranveer Singh's Gully Boy teaser

Ranveer Singh released the first teaser of his much-awaited film with Zoya Akhtar, Gully Boy, on Friday. Reacting to the post, actress and Ranveer’s wife Deepika Padukone commented saying: “You are unstoppable. I love you & I am so proud of you.” 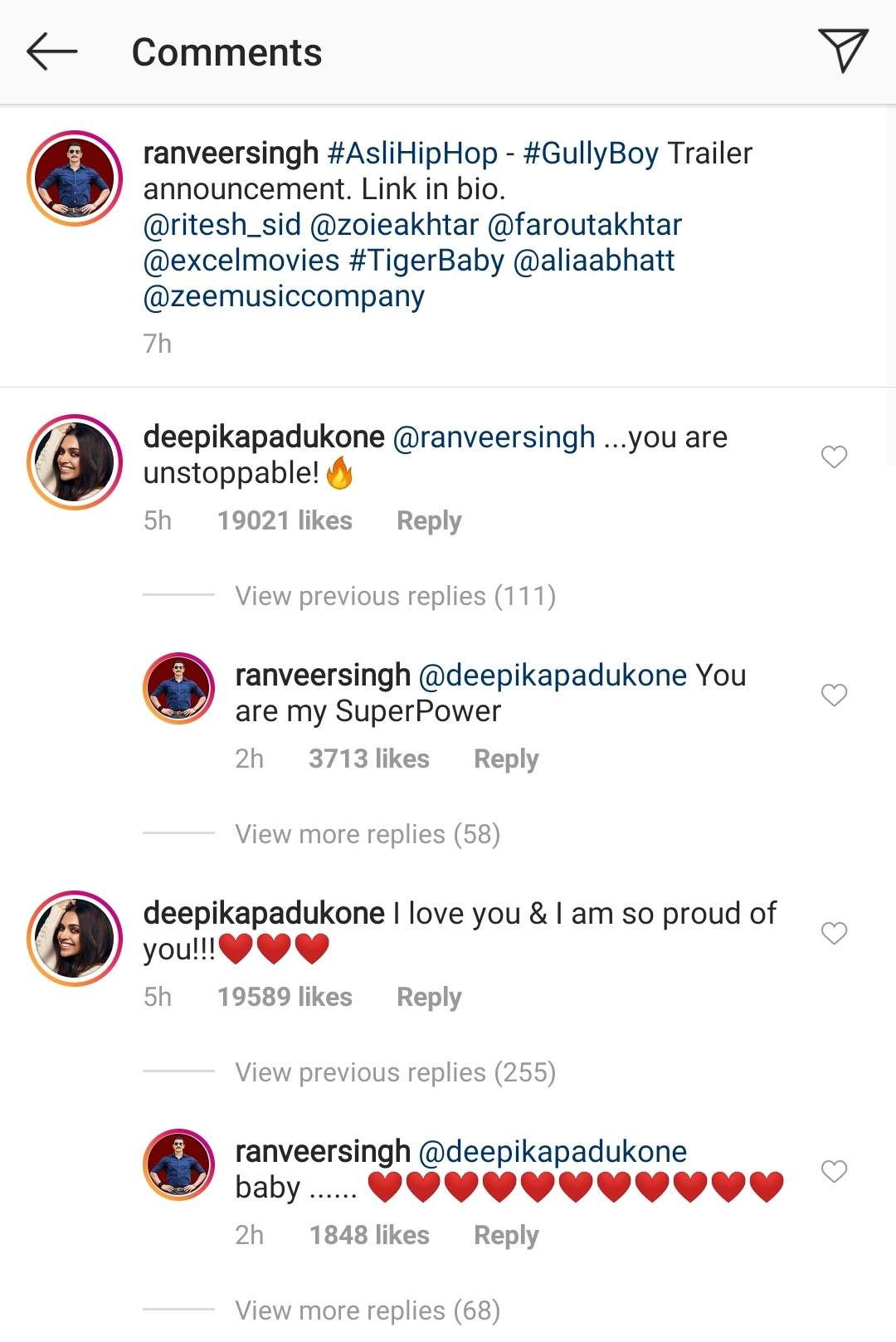 The Padmavaat actress also supported the actor’s previous film, Simmba, by sharing posters and showering love on her husband. In an interview with a leading media organisation, Ranveer reportedly said, “She is very proud of me and as well as Rohit (Shetty) sir. She gave so many compliments to Rohit sir.”

Gully Boy also features Alia Bhatt and Kalki Koechlin in lead roles. The film is based on the underground hip-hop scene in Mumbai and is set to release on February 14.

Talking to another media organisation, Ranveer said, “It is a very special story, one that I am closely attached to. It is set against the backdrop of flourishing desi hip-hop scene coming out of Bombay. It is the story that represents Mumbai in its true sense and the city is my hometown, these are my people, this is my language, so this is the story I am really attached to. It’s an underdog story about a kid who broke through from great adversity in life to make it as a recording artiste.”