Just ahead of her birthday, Katrina Kaif talks about Bharat, and how she has evolved as an actor

Katrina Kaif turns 36, this Tuesday. So far, the year has looked great for one of the most beautiful actresses of Bollywood.

Her last release Bharat, in which she played the feisty-yet-sensitive Madam Kumud Raina, has earned her a lot of praise from fans and critics alike.

Last year, although Shah Rukh Khan’s Zero wasn’t received well, it was Katrina who turned out to be the shining star of the film.

The actress has come a long way in Bollywood and her recent films and brand endorsements, both reflect her wise choices.

The right choice
“I have been lucky with the films that were offered to me throughout my career,” she says candidly.

“I have tried to balance my roles. I always chose films that appealed to me at that particular time. But as actors, we all evolve.

"As we grow, learn and have experiences, we make different choices. I don’t take too much pressure, and I don’t follow trends. I just choose roles that appeal to the person I am today. When I get roles like that I sink my teeth into it and explore the character. It is extremely satisfying,” she reveals.

Her last two roles, as Babita Kumari (in Zero) and Kumud, stand as a testimony to her claim.

Apart from looking stunning, Katrina also showcased her acting prowess effortlessly. She says this happened because she really enjoyed the characters she was playing.

“I was totally absorbed by the role (of Kumud) and explored different phases. It was the most incredible experience I have had. Every day on sets, we followed a process, engaging in workshops, understanding and performing the role. I absolutely loved the character, and it was extremely special,” she offers.

Even before the buzz around Bharat has died down, Katrina has moved onto her next film, Sooryavanshi, in which she reunites with Akshay Kumar after a gap of nine years.

Although she is tight-lipped about her role in this Rohit Shetty film, she says, “I won’t be doing too much action, it’s a more chilled-out film.” 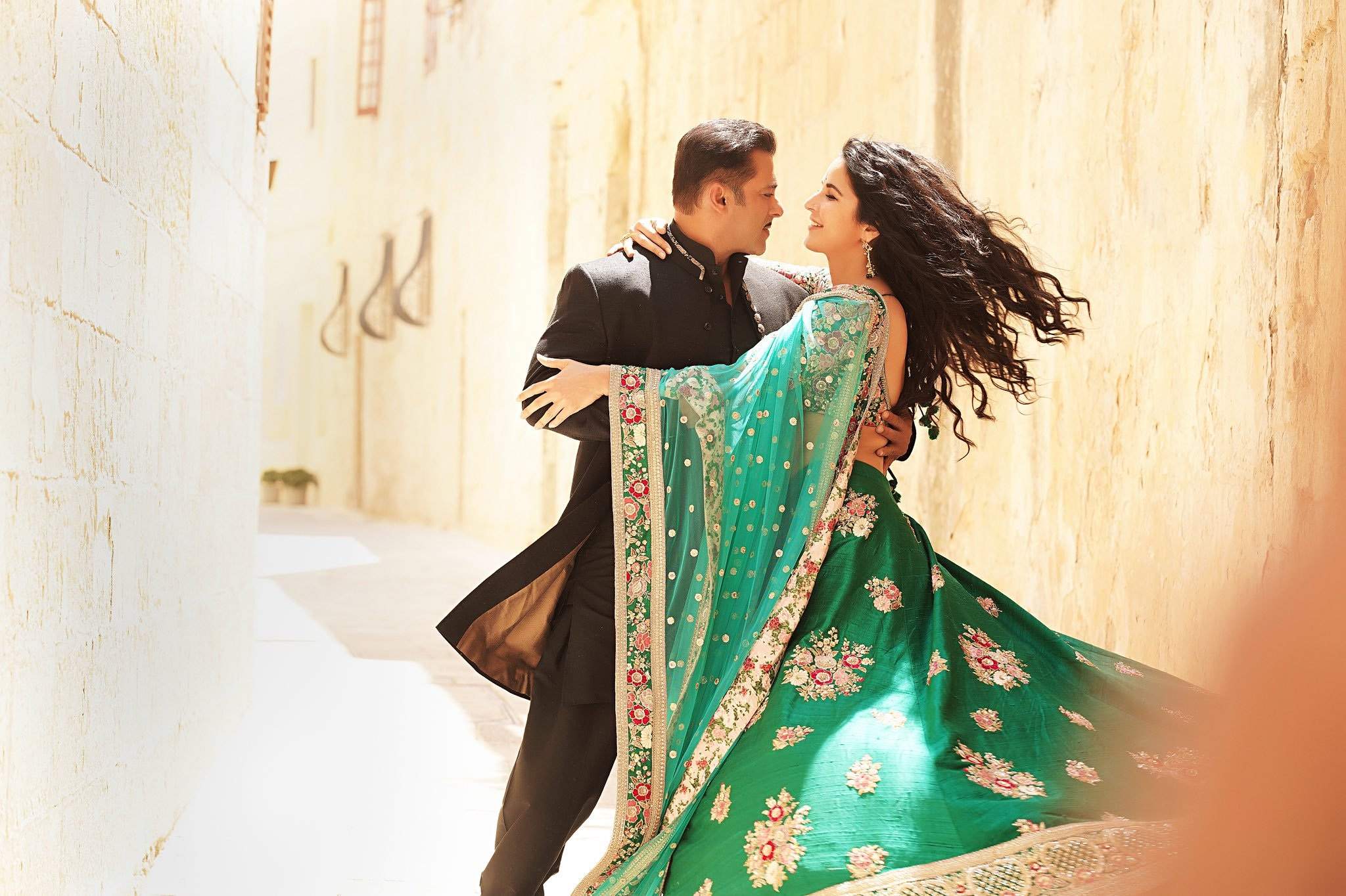 Breaking a sweat
While her films always keep her in the limelight, Katrina’s chiselled body and striking looks keep her on the list of the most searched Indian celebrities on Google.

In fact, the actor is followed by over 24.5 million users on Instagram, making her one of the top 10 most followed Indian celebrities.

Her recent pictures on the page show how fit she is. Dressed in Reebok apparel, Katrina epitomises the definition of sporting a ‘hot gym look’.

Talking about her association with the sportswear brand, she says, “I had been looking for a partner and a platform to share my thoughts on fitness, so I think Reebok is perfect for this.” 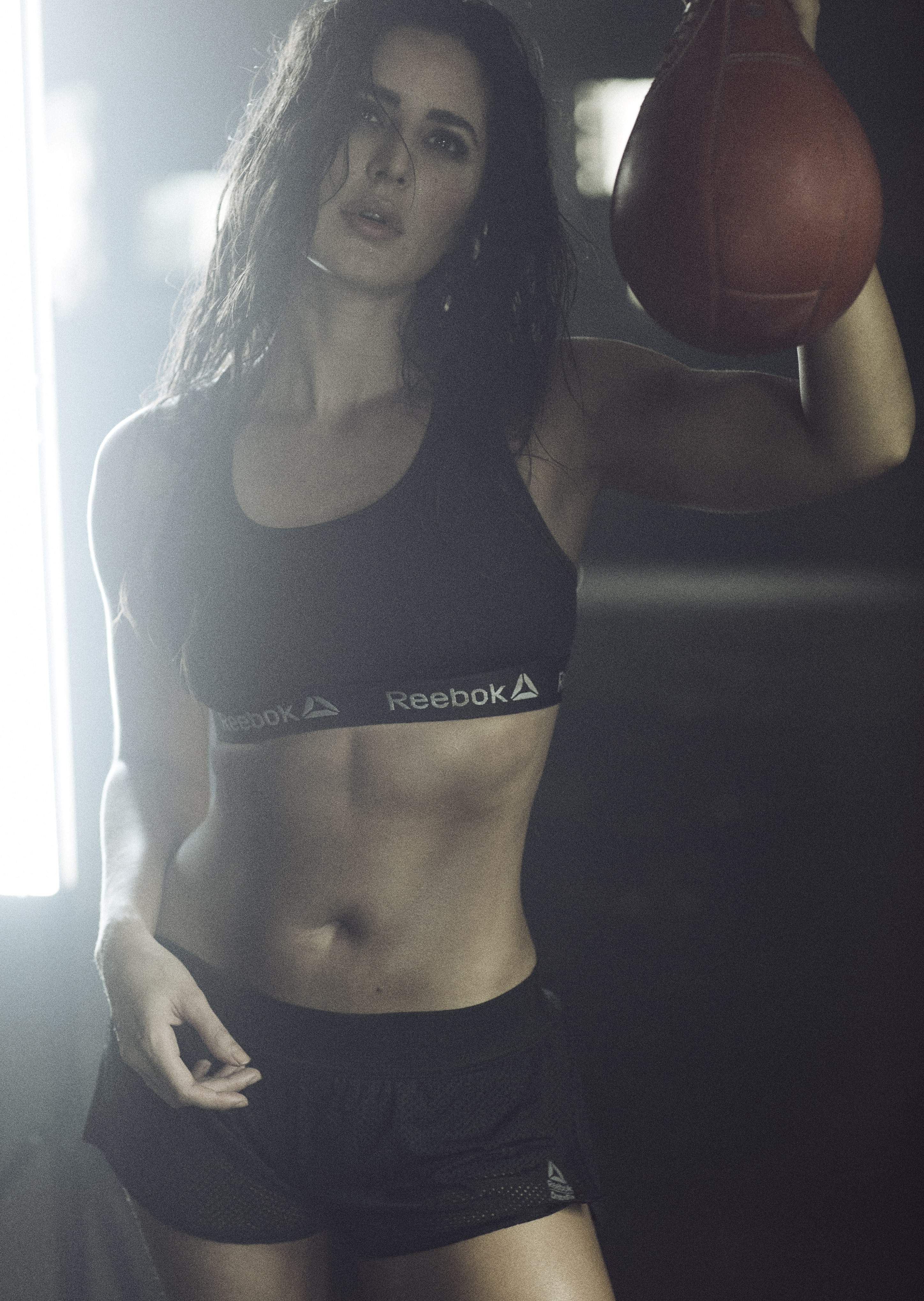 However, it’s not as easy as it seems to achieve the body she has. The actress shares how small lifestyle choices and practices help in achieving bigger fitness goals.

Whether she is shooting, or not, Katrina follows a certain routine and that has helped her stay fit and keep her skin flawless.

She reveals, “The time period when I am not shooting, I call it my maintaining phase. If I am not training for a particular target required for a movie, then I try and get a lot of variety in my training.

"I do a mix of Pilates, swimming, yoga, jogging and weight training. I usually listen to my body and like to do what I want to that particular day. But, I try to workout five-to-six hours a week, that’s the target I maintain.” Brownie points
The actress is also a stickler for healthy eating. She says if she had to choose foods, she would prefer homemade stuff over processed and shelf foods. Even if it is a cheat meal, it needs to be made with healthy ingredients for Katrina.

“If you make me a brownie with almond flour, cocoa powder, honey and egg, then I will enjoy that. It doesn’t need to be a brownie made with sugar. I enjoy rich food but it doesn’t have to be processed,” offers the fitness freak.

However, there’s one dish that the actress is extremely fond of, “I love pizzas, and although I cannot eat it all the time, I do cheat on Sundays,” she admits.

Between meals, she prefers snacking on nuts, fruit or a protein shake.

But she says, the two other most important things to do for a fit body are, to keep up the water intake and get enough sleep, “I drink three-to-four litres of water in a day and I definitely try to get eight hours of sleep.

Ideally, I would love to sleep for nine hours, but that’s not possible. Diet, exercise and water — all these combined is the secret to good skin. Plus I avoid sugar a lot. That’s the best thing to do for the skin,” she reveals.

Along with this, Katrina also takes care of her skin with a good sunscreen when outdoors, and carries a powder compact and lip balm in her bag all the time. When it comes to scents, the actress prefers light citrus-based natural scents.

Between her shoots, Katrina has also been working on her own company. When asked what it is that she wishes to accomplish after her birthday and before the year ends, she signs off saying, “I want my beauty company, which we are working on to be launched, and hopefully I will get another great role which I can sink my teeth into and enjoy.”