Riteish Deshmukh tweeted a picture of an old 1,000 rupee note, here's why

Actor Riteish Deshmukh who is well-known on Twitter for his witty replies is back with another funny response. On Friday when one of the Twitter users asked a question to his followers to share the title of the worst film they have watched, one of them tweeted saying it was Bangistan, a 2015 film, starring Riteish.

The user tagged the actor asking him for a refund. In reply, Riteish tweeted the image of an old Rs 1,000 note and said, "Here you go! Samose ke bhi adjust kar lena (currency used in 2015) (sic)!" The actor was sporting enough to tweet this reply and the user was quite surprised to see this unexpected response from the actor.

This one tweet by Riteish trailed for quite some time with other users retweeting and joining the conversation. 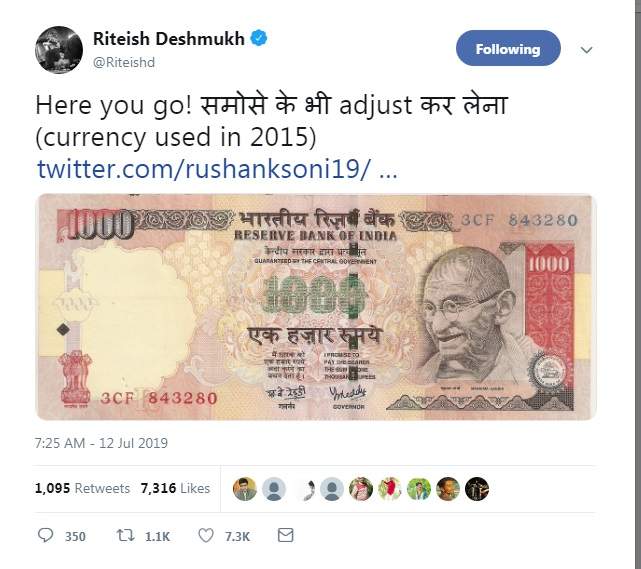