The queen of sarcasm, Taapsee Pannu, takes a dig at Kabir Singh director on Twitter, gets trolled and trolls back

Actor Taapsee Pannu has always called her 'muhfat' - a person who speaks her mind without any inhibitions. Be it in real life or on Twitter, Taapsee is always outspoken about various issues, including films and she always voices her opinions about misogyny.

So, when the actress read a news report on Monday, about how a Nagpur man smashed his girlfriend's head suspecting her character, she tweeted saying, "Or maybe let’s just say they were madly in love with each other n this ‘act’ was to validate his TRUE love for her." The Saand Ki Aankh actor was trolled on Twitter by most people. 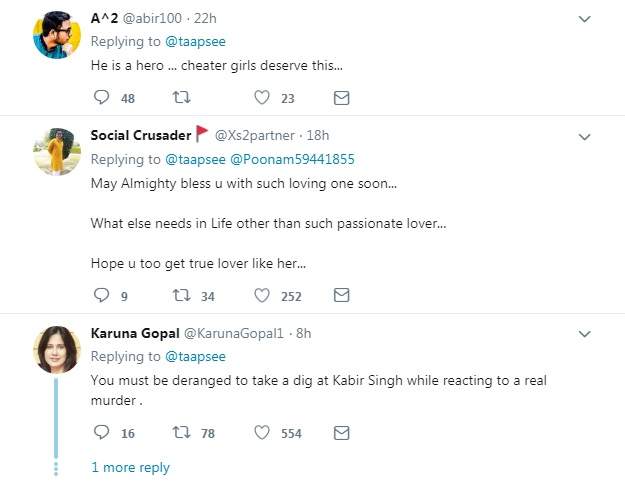 However, not many understood that this was probably Taapsee's dig at Kabir Singh director Sandeep Reddy Vanga who had said that "if a man cannot slap or kiss a woman whenever he likes, there's no love and passion." As a validation to this, Taapsee who was trolled for her earlier tweet, followed it up with another tweet in which she mentioned, "Statutory warning: people with no sense of sarcasm kindly ignore me n my tweet. Thank you , it was nice not knowing you." 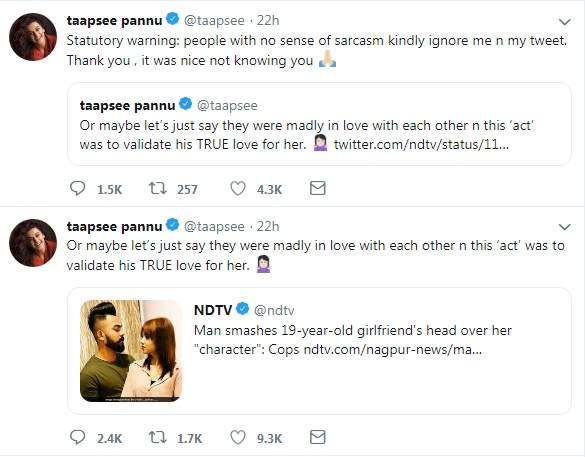 It's such responses and trolls that Taapsee is known for and the actress is unapologetic about her 'badass' image!