More often than not, the four major film industries of South India are slotted under the umbrella of ‘Southwala films’ by audiences in the North of India.

In a recent interview with ScoopWhoop, Rana Daggubati, who played the antagonist in Rajamouli’s blockbuster Baahubali was faced with a similar predicament and eloquently put to rest the perception that south Indian films cannot appeal beyond their geography. 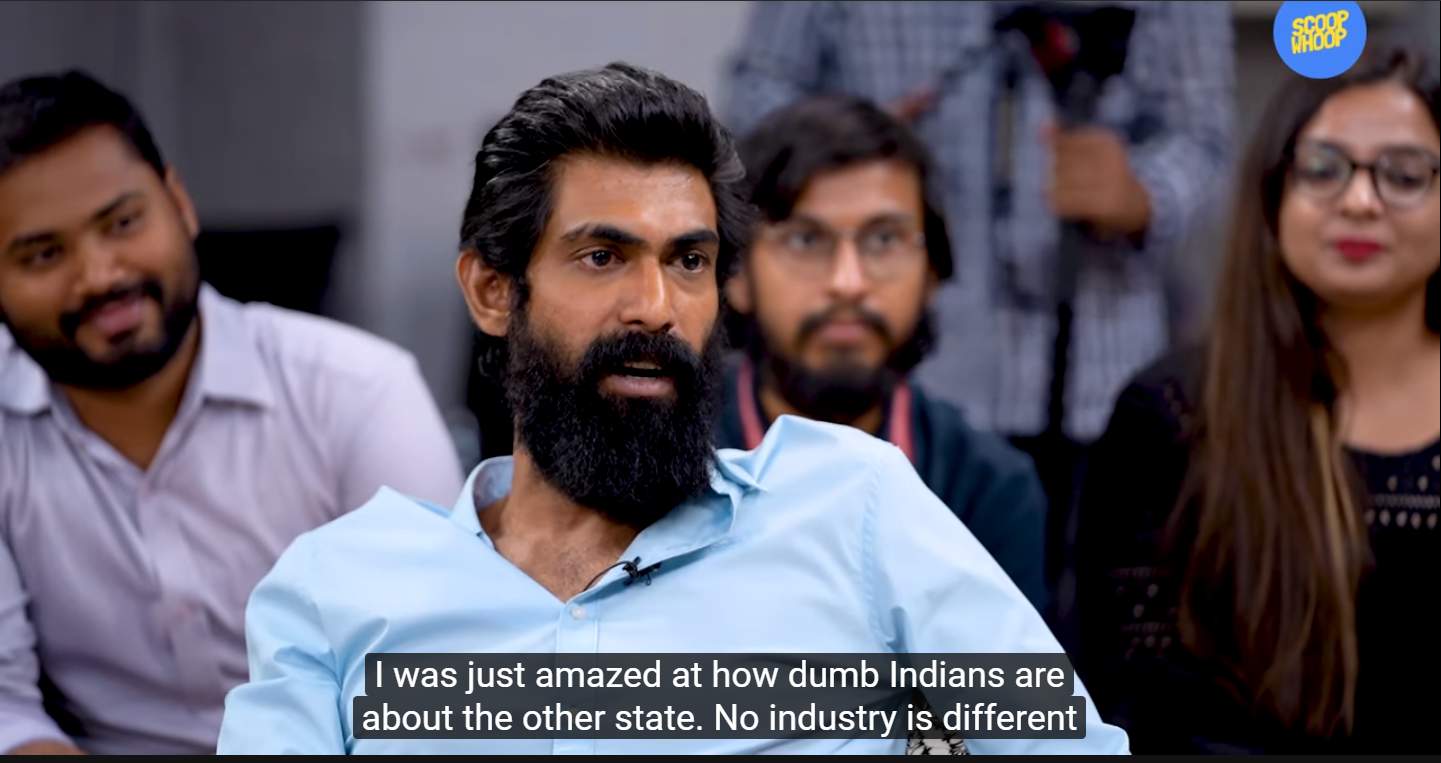 Starting the interview with a segue about how Roja was the first South Indian movie that she had watched, the anchor said that she had a very stereotypical view of South Indian films until she watched Baahubali.

The star responded that the film franchise had captured the audience's imagination globally, just like Star Wars or The Avengers.

As the interview progresses, the anchor points out that Rana has worked in different industries and asks if there were any differences among them. To this, Rana says, "I was just amazed by how dumb Indians are about the other state. No industry is different from one another. Ultimately, it is a camera, it is a story, it is a bunch of actors. You put it here, it is the same format, right? I could speak in Telugu, it becomes a Telugu film. If we speak in English, it becomes an English film. And that's exactly what happens. Correct? Everywhere in the world. But we in our heads have made this is an industry, that is an industry. This is a Telugu industry. What does it make? Films. This is a Tamil industry. What does it make? Films. How different is it? And the guys who are crossing over are completely crossing over. Rajinikanth is making films in all languages. They are dubbing in all languages. Avengers is dubbed in all languages. Which means it's clear that there are actually no boundaries unless you make them."