Amala Paul heard of her ouster from VSP33 as she was buying costumes for her role; actress livid

South Indian actress Amala Paul released an official statement on Thursday, saying that she got thrown out of the film VSP33, in which she was supposed to work with actor Vijay Sethupathi.

She wrote: “I am writing out of my great disappointment, as I have been thrown out of an ongoing movie,” the statement read. She added that she is in Mumbai, purchasing clothes and working on the styling for VSP33, when she received a message from the producer Rathienavelu Kumar of Chandaraa Arts.

The 27-year-old took to Twitter and lashed out at Chandaraa Arts, the film's producers, for removing her from the film, citing that she is not  “production-friendly”. “This accusation has never been laid upon me during my decade-long career by any of my colleagues,” she said.

She further went on to add, “It’s just a patriarchical, egoistic, traditional mindset of Chandaraa Arts Production that this is happening right after the release of Aadai teaser and my image is being sabotaged with multiple baseless rumours that are mischievously being floated around in the industry. Tamil Nadu deserves good cinema and that will only happen when this large set of traditional, patriarchical production houses change their mindset.”

She concluded the statement by saying,  “No harm is intended to you Vijay Sethupathi. I am a huge fan and I was excitedly looking forward to be working with you. This is a statement written out of my grave disappointment and to address the rumours that are being spread around by Chandaraa Productions about my unprofessional conduct.” 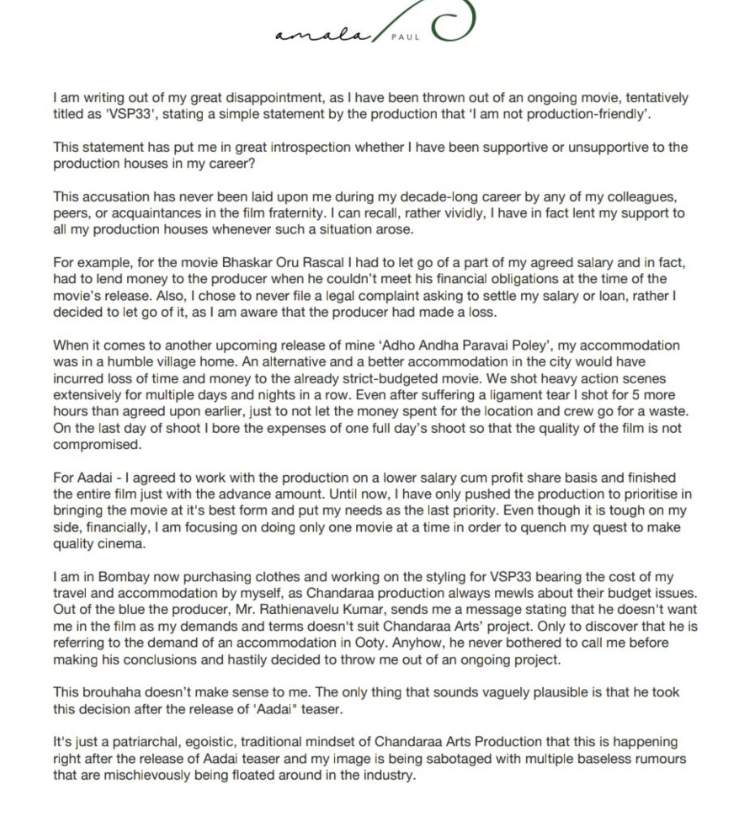 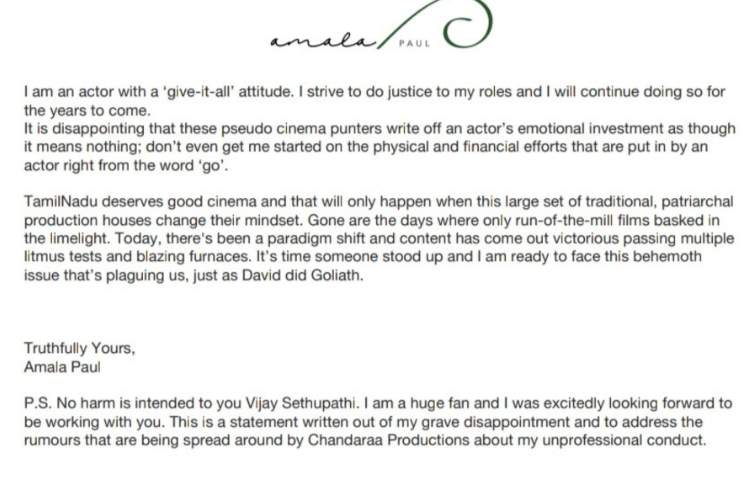