Kalki Koechlin plays Faiza in the web series Made in Heaven

WE LAST saw her last in Zoya Akhtar’s Gully Boy as Sky and loved her character, just the way we loved her in Dev D and also in Margarita with a Straw. Kalki Koechlin has bowled us over with her acting prowess time and again, and she has never shied away from playing unconventional roles. Now, she’s making impressionable imprints in a new web series as well.

The versatile actor was in Kolkata, along with the cast and crew of Made in Heaven, a film written by filmmakers Zoya Akhtar, Reema Kagti and Alankrita Shrivastava, which was released on Amazon Prime earlier this month. The 35-year-old actor spoke with us about her character Faiza in the web series, why #MeToo was an important movement, and more…

Wearing a short dress with quirky metal embellishments teamed with leopard print stilettos, Kalki looked chic, to say the least — even as she heaved a sigh of relief and sat on the couch, for a chat with us. It had already been a long day for the team, with promotions on for the new series. Kalki begins telling us, “I just loved my character, Faiza. She is very emotional as well as a complex person, and she wears her heart on her sleeve. I thought she was a very interesting character to play.” She adds, “Also, Made in Heaven has an incredible team of storytellers. The directors, technical crew and actors involved made it a delightful production.” Kalki plays the role of Sobhita Dhulipala’s friend, the lead wedding planner in the series. The cast also includes Arjun Mathur, Jim Sarbh, Shashank Arora and Shivani Raghuvanshi. 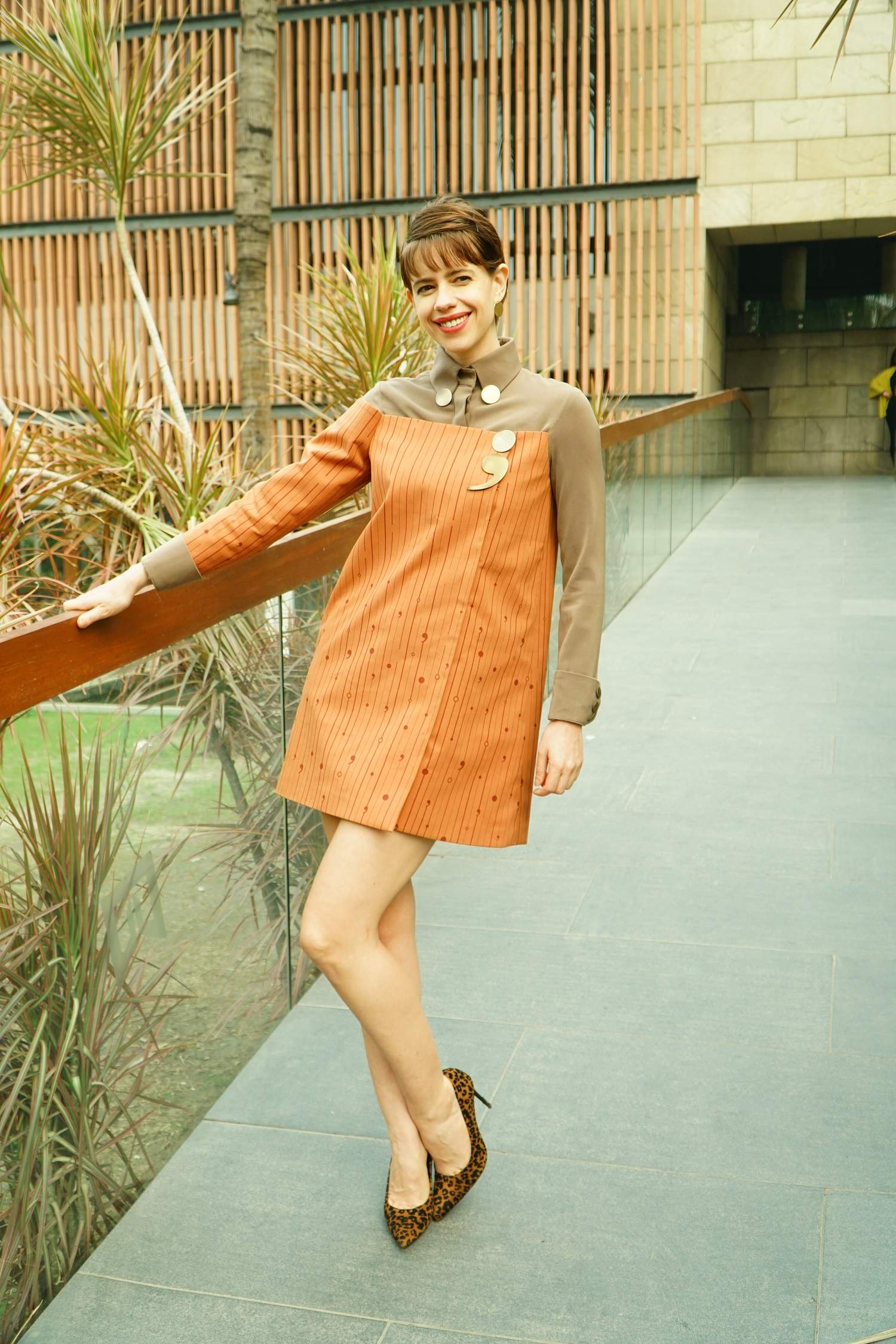 This is Kalki’s second venture on a digital platform, and while the choice of medium doesn’t make too much of a difference, she says, one must still choose wisely. “My first web series was Smoke, which was aired last year. The medium doesn’t matter to me. Whether it’s a big screen or a small one, it’s the same camera, and I deliver in the same way as I do in films. When it comes to content, there is definitely more choice now for actors. However, it means that you have to be patient so as to not jump at everything that comes your way. Too much available content can confuse you.

Also, more options allow for competition and growth in the industry,” says the actor, adding that the web series was made much before the celebrity wedding spree in Bollywood last year, reminiscing how she grew up with the idea of a larger-than-life big fat wedding.

The series was launched last week on Women’s Day, giving us reason to ask Kalki about her thoughts on the #MeToo movement that made bold headlines last year. We asked her, ‘Do you think the movement was a fad?’ She replied, “No, I think it was a very important movement, which is having its repercussions on different industries even as we speak. What is required, is for it to continue in a more long-term way, through changes in the system, in our companies and industry. It can’t just be restricted to social media, but needs to evolve into real life.” Kalki had personally opened up about her own #MeToo revelations, last year.

The Dev D actor will next be seen in a Tamil film, and her future plans include doing more theatre, and more challenging roles. “I am doing a Tamil film with R Arvind that was shot in February. I do want to do more theatre. I usually do one new play every year, but I don’t know what’s on the cards this year.”

And, what about screenwriting, we enquire. “I wish I had the time and talent of a good screenwriter. I do like writing, but I don’t find myself disciplined enough to pen something good. Also, I hardly get time because of my work schedule. I will definitely do it in future, but not immediately,” responds the actor, with a smile and a twinkle in her eye. So, when can we hope to see her in a major role next? “I don’t know what you consider as a major role, but everything I do in my life is major for me. Whether it’s Laila in Margarita with a Straw or Sky in Gully Boy — all roles are important to me,” she signs off. Made in Heaven airs on Amazon Prime.