Priyanka Chopra is always in the news. She recently appeared in the Jonas Brothers' latest music video titled Sucker which topped the Billboard charts soon after its release. The 36-year-old actress was also spotted vacationing in Miami with her (Jonas) family and the pictures were all over the internet.

Recently, Priyanka along with husband Nick Jonas and brother Joe Jonas joined American musician Steve Aoki at a concert in Miami in the USA. In their concert videos which are now viral on the Internet, the four of them can be seen throwing cakes at the concert crowd as their fans cheer for them. Steve took to his Instagram page, to share pictures and videos from the night.

Sharing pictures from the event, the Steve wrote: "Cakes were flying last night. But this time by new cake recruits Priyanka Chopra, Nick Jonas and Joe Jonas. We made a mess." 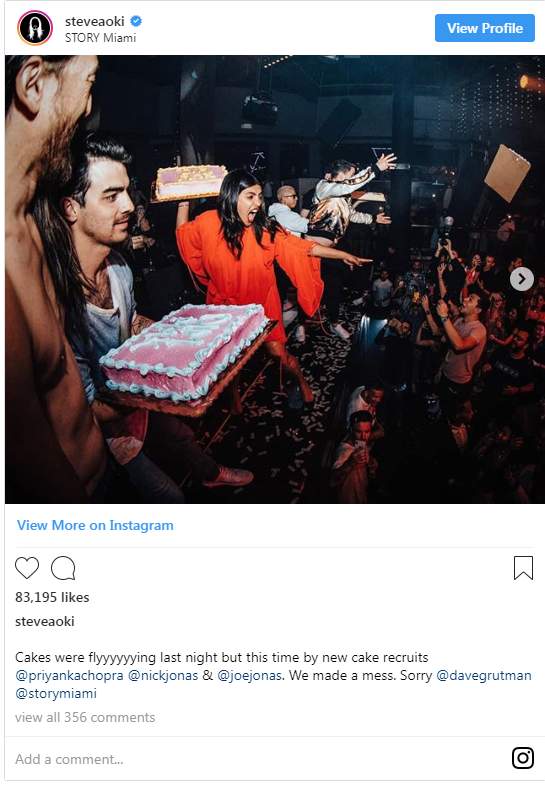 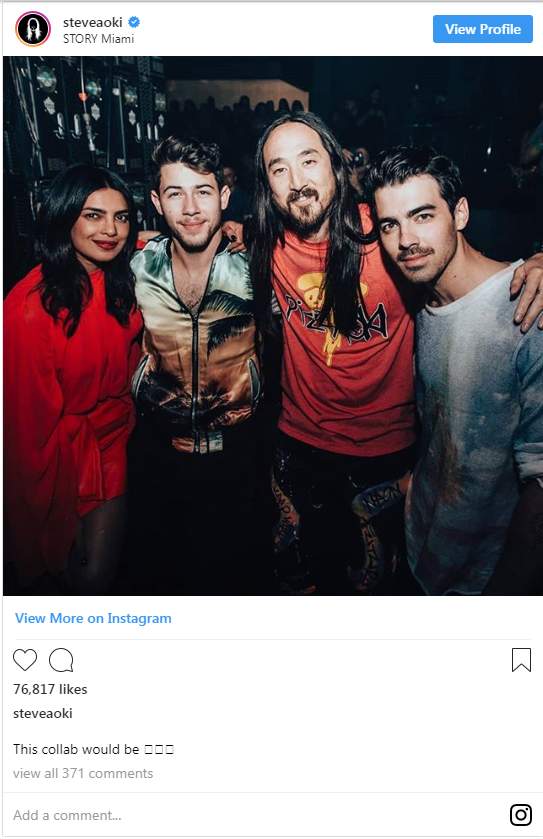 Raise your if you're ready for some !! @priyankachopra @jonasbrothers @nickjonas @joejonas @storymiami