She wanted to be an entertainer when she was a kid. A chance participation in a Drag Queen talent quiz in Sydney and she knew she found her calling. High heels, thick long eye-lashes, bubble gum pink hair done up in Mohawk, a black one-shoulder dress, but what had a stronger impression on us was the warm smile and welcoming gesture when we met Kitty Glitter aka Ozan, the drag queen at The Lalit Great Eastern before she took charge of the console at the pool party.

In the city, for the second time, she feels Kolkata has the strongest LGBT community. “I must say the LGBTQ community is strongest in Kolkata compared to the other cites I have been to. The energy on the dance floor was high and I could feel the crowd was 100 per cent LGBTQ. It felt like I am back in Sydney. The other cities in India have a great LGBT presence but it’s a mix,” said the drag queen who moved to Santiago in California from Sydney owing to the demand of her work. 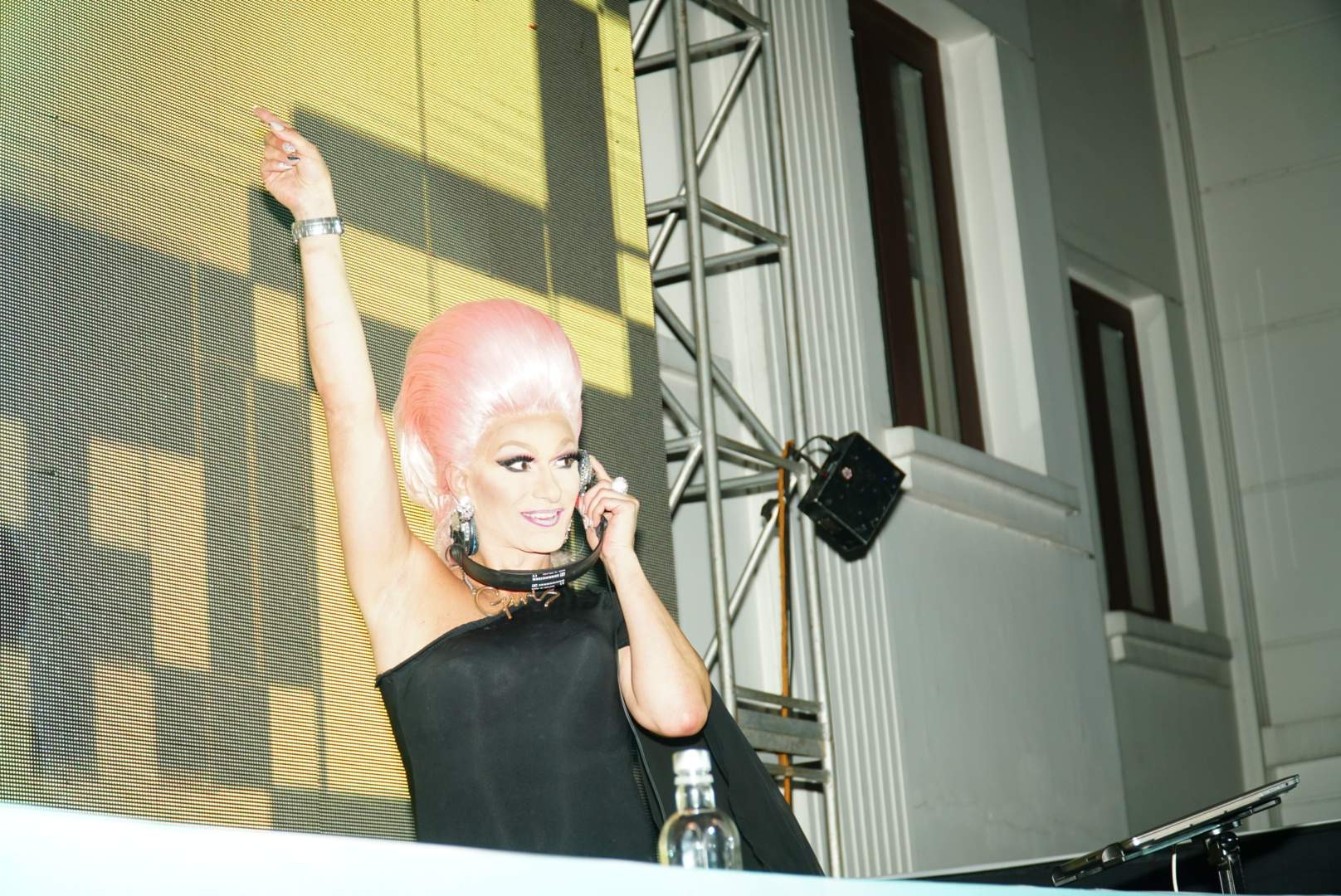 But being just a drag queen did not satisfy her and to get more from life she soon started Djing. “Though I was enjoying being a drag queen very much but I wanted to do more. Hence, I started DJing. And though I could have continued doing just the DJ thing but I had a strong following as a drag queen and I wanted the best of both worlds,” says Glitter who informs that as a kid she picked up the basic from her cousin’s DJ Turn Table. She plays fun house music that will make you dance. The effervescent entertainer informs that she was into drama and art department since school days and subjects like mathematics or geology never interested her. “I was never interested in maths of geology and was always top of the drama and art department. I was always on the stage and in fact, I helped my teachers direct and choreograph things. And I always made sure I push my ideas forward. I got what I needed from the school and moved on,” says Glitter with a twinkle in her dramatic eyes.

The high point of being a drag queen according to her is being able to entertain people. She says, “There are actually so many, but I would say, making people happy. Drag Queens are larger than life characters and a lot of people can be threatened by this. But I think my personality is very warm and welcoming and that’s the reason I click instantly with people.” Is she single we asked and she replied, “I have lovers around the world!”