Interview: Abhay Deol on his role as an eco-warrior, fitness, upcoming projects and more

Abhay Deol is quite the non-conformist. Whether it’s by headlining offbeat movies (like Dev D and Manorama Six Feet Under), taking a break at his career’s peak to learn welding, speaking up against fairness product endorsements or showing his fans how he looks sans photoshop — the Mumbai-based actor is evidently not your regular Bollywood mainstream star. Nevertheless, a star he is.

The Zindagi Na Milegi Dobara actor has a line-up of over five films including Chopsticks, his digital debut on Netflix (premiering today) and yet, that is not the only reason he has our undivided attention. The big reason we are interested in him is that the 43-year-old is an active supporter of green initiatives. The actor recently launched the campaign, Humans of Planet Earth (H.O.P.E) ­­— an initiative led by Goa-based ecotourism firm, B: Live. From building an eco-friendly home to promoting environment sustaining technology and organic farming, Abhay sure walks the talk. Ahead of World Environment Day on June 5, we caught up with him to chat about his life as an eco-warrior, fitness, movies, social media and more.

What was your first step in becoming an eco-warrior? How has it changed your life?
Once I realised the urgency that is needed to combat this threat, I decided to do all I can as an eco-warrior, as you put it, to ensure change in the way I live my life. I gave up the use of plastic altogether and now even when I travel or when I’m on sets, I carry water in glass bottles and avoid buying bottled mineral water as they are all plastic that’s non-biodegradable. The bigger steps I’ve taken are in the way I’m turning my house in Goa into a highly eco-friendly home. From rainwater harvesting, installing solar panels, composting wet dirt, recycling the dry ones, growing organic vegetables and setting up a natural filtration pool — I think I can say that it has impacted every facet of my life and it’s something that is ongoing 24/7, year after year. It is my way of life now and a legacy I hope to pass on to the next generation of eco-warriors.

Tell us about your journey to become environmentally conscious? Who were the influences?
My mindset did not change overnight. It started with steps taken to reduce my own carbon footprint by remembering to switch off appliances when not in use, conserving water and reducing the use of plastic. These values and habits, that were picked up earlier on in life made me more sensitive and aware about the growing threat to our environment.

Social media has been a good tool in this regard and documentaries like The Blue Planet and similar efforts by the likes of David Attenborough has influenced a lot of people globally towards caring about our ecology.

What is H.O.P.E?
Humans of Planet Earth is a
community built to support and celebrate green initiatives. Launched in April across all social media platforms, H.O.P.E intends to tell the stories of people who strive to make a change by
adopting eco-friendly choices
in their lives.

How does Humans of Planet Earth resonate with your values?
I am very happy and proud to support the initiative Humans of Planet Earth by B: Live. If any ‘human’ of planet Earth can inspire at least one person to make a change that positively affects the environment, it becomes worth encouraging campaigns like these. Over the past few years, I too was inspired towards making big and small changes in my lifestyle after becoming aware of the threat of climate change. Stories of personal and organised efforts influenced me, educated me and led me to a more sustainable path which I now follow passionately. That is why it’s heartening to see that H.O.P.E  also seeks to inspire such values and reach out to spread awareness about sustainability and going green.

How do you think a common man can bring about change?
It has always been the common man who has brought about change and even revolutions. If our planet has a chance, then it is the ordinary heroes who will bring about extraordinary change. Which is why H.O.P.E will bring forward narratives of not just public personalities, but the unsung heroes whose stories can inspire passion and a sense of responsibility towards saving our planet.

Abhay’s tips for a greener future

“Helping move to a greener future can start with what is possible and simpler for you to do. Sustainability, like charity, begins at home! Rope in your family and friends for a good cause, make it a community effort whenever possible. By yourself or as a part of a group, every act counts and every effort matters.”

● Plant trees wherever you can

● Reduce your dependability on single-use plastic 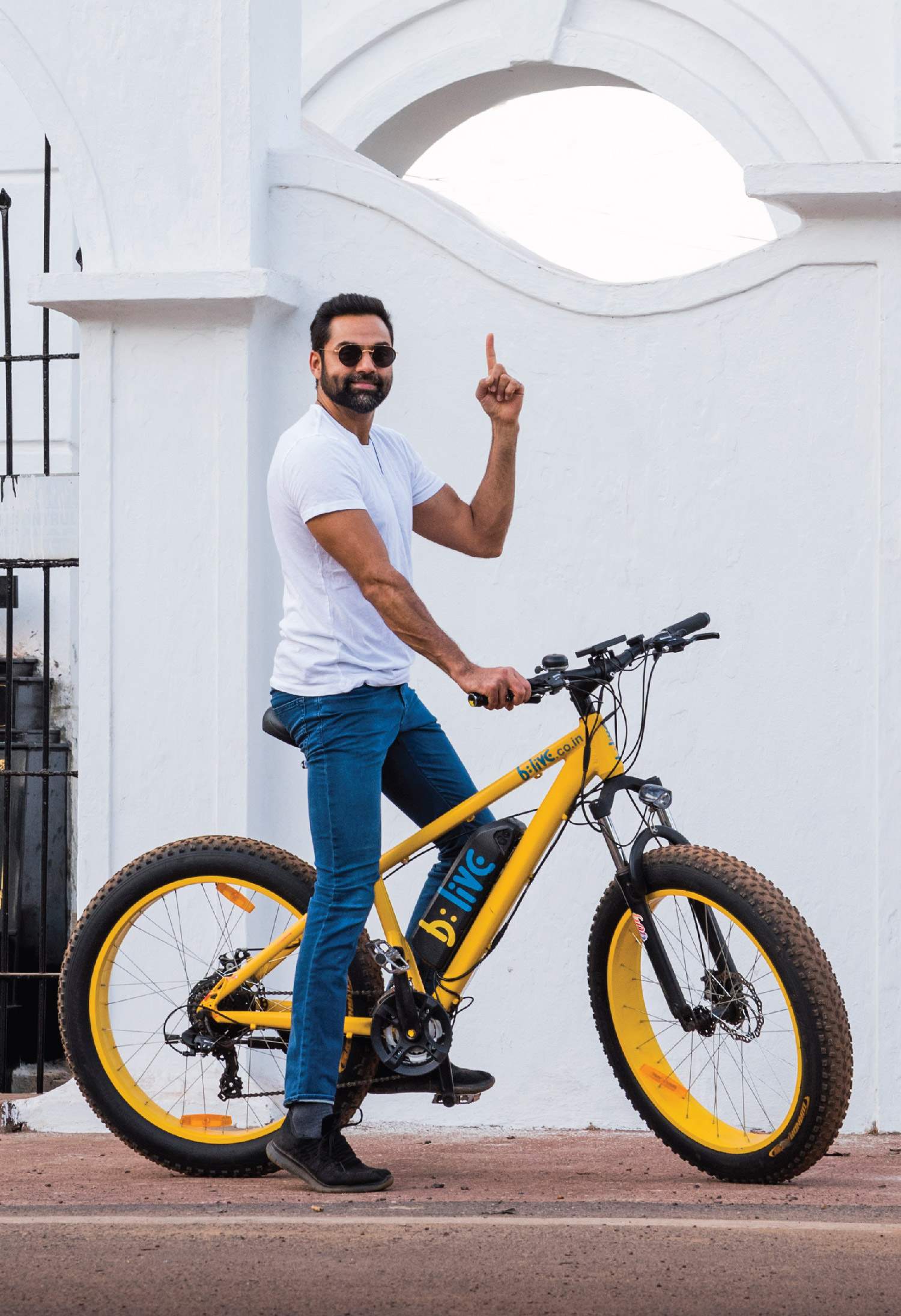 Coming to you, tell us something about the projects you are currently busy with?
Currently, I am busy promoting Chopsticks, my film on Netflix. I have three other films in post-production — Jungle Cry, which is a true story about the tribal kids who were trained in rugby and went on to win the under 14 Rugby World Cup in ‘07, JL-50, which is a sci-fi film about a CBI detective who goes back in time while solving a plane crash mystery, Line Of Decent, which is an ensemble a movie about the land mafia and a cop who brings them down. Then there is a show that I am producing called The Odds. We had a special presentation of the film at the Indian Film Festival Of Los Angeles last month.

You are one of the actors who paved way for the Hindi indie movement. What are your thoughts on the indie film scene in India?
We may have one today, but 10-12 years back, when I was trying to make indie movies, I managed to do so, because for a brief window, there was a multiplex boom. But that window shut as soon as the multiplex boom came to an end. The same thing is happening today with the digital boom, the only difference is that the digital space is limitless. So, this time around it will survive, the only challenge being, how to be heard and seen in a crowded, loud, market space. Marketing, as a result, has become even more crucial. For quality stuff to survive, the media also needs to be more diligent than ever. 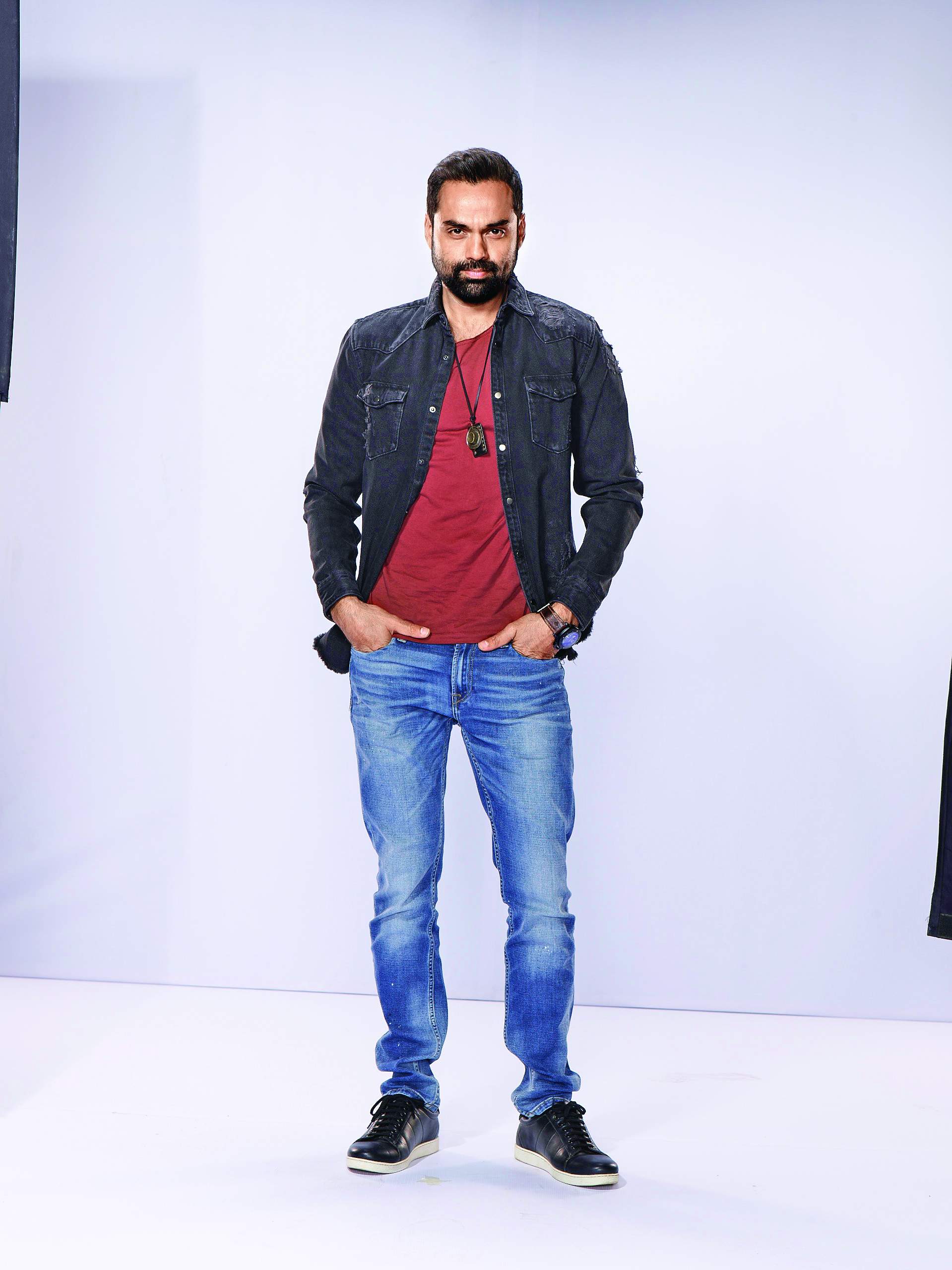 You turned 43 just last month. What is your secret to staying fit?
Mix it up! Weights, yoga, swimming, running, everything. I have started to do some meditation as well. Recently, I pushed myself too much and had an injury. My focus now is on healing. It has highlighted the importance of striking a balance. I love cycling and swimming. Basically, anything outdoors because gym sometimes gets boring. Fitness, according to me, is a lifestyle. It isn’t so much about looking good as much as it is about feeling good. It has an impact on your mind and as a result, has a direct relationship with your life. It can be the difference between having a life and having a great life.

You are big on social media. Do you put much thought to the content you share with the public?
Sometimes yes. Rest of the times, it’s a spontaneous decision. It mostly depends on the content.

You are busy with a lot of things at the moment. Is there a dream project?
My dream was to make the movies I relate to — to build an audience through my work and not by paying for personal marketing and PR. My only goal is to constantly push the edge of what is acceptable and create a dialogue around that. If I’ve managed to do that then I am already living the dream.