Happy birthday Shah Rukh Khan: 5 #AskSRK tweets that prove he has a great sense of humour

As Shah Rukh Khan turns 54 today, we take a look at some of his witty tweets. The actor often interacts with his fans via #AskSRK on Twitter.

Have a look at some of the tweets: 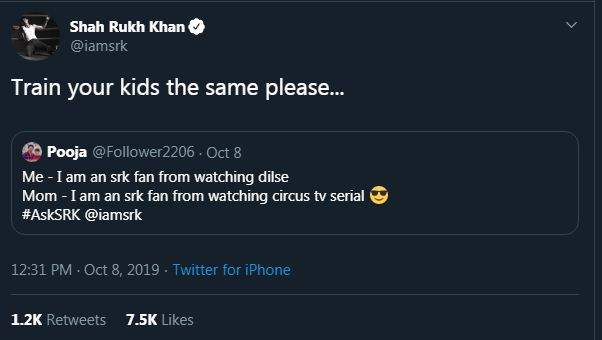 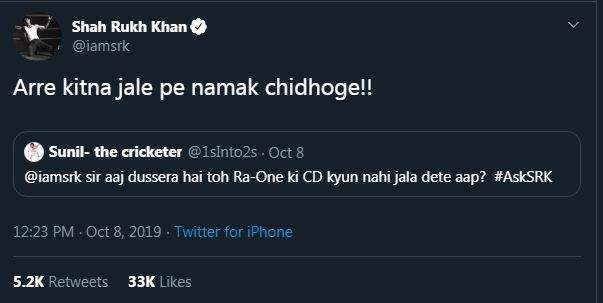 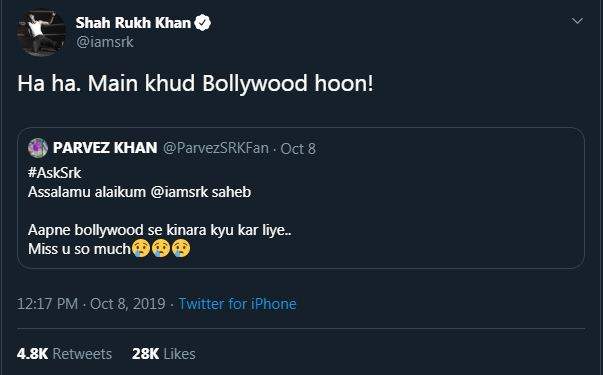 No wonder he is called the King of Bollywood!

On the professional front, after Zero (starring Katrina Kaif and Anushka Sharma), Shah Rukh has taken a break from signing new films for a while. It's been almost a year since he was last seen on the big screen.