What Twitter thinks of the term #selfpartnered, coined by Emma Watson to describe her relationship status

The dictionary of 'woke' terms has a recent edition. Coined by none other than movie star and feminist activist Emma Watson, the newest term that is creating ripples everywhere is 'self-partnered', a better, less stigmatised word for the relationship status 'single'.

The UN ambassador and Brown University graduate, in a recent interview given to an international magazine, spoke at length about the pressures of turning 30.

"I never believed the whole 'I'm happy single' spiel. I was like, 'This is totally spiel.' It took me a long time, but I'm very happy [being single]. I call it being self-partnered," she went on to add.

However, the term self-partnered was met with a mixture of ridicule and praise, everywhere and especially on Twitter.

While certain Twitter users found power in her statement and praised her ability to find self-fulfilment... 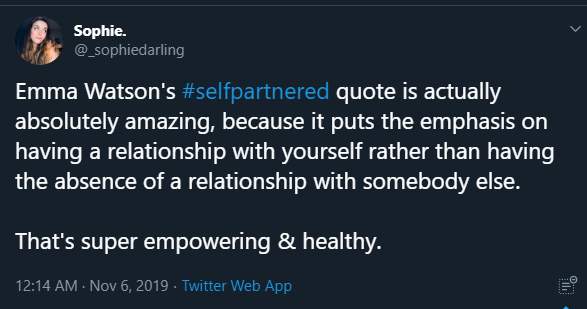 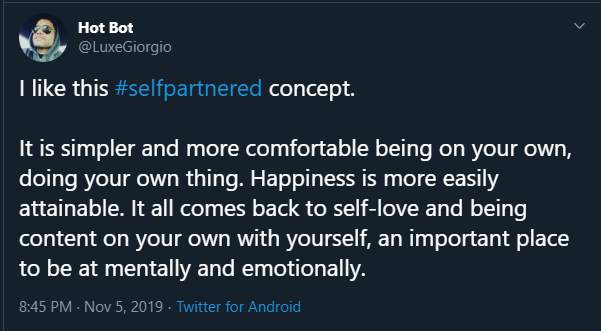 many others went on to mock her for finding terms to make herself feel better about being single! (wow)

It seems Emma Watson is not the only one who has embraced singledom, saying it's not a sign of weakness but that of finding happiness and contentment within yourself. Just a few days back, pop-icon Selena Gomez, who released the song Lose You to Love Me, went on record to say that she had been "super, super single" for the past two years and is indeed, very happy that way. (Now, we love Gomez for that)