Kangana Ranaut who completely immersed herself in preparing for her role as Jayalalithaa in the biographical movie Thalaivi, has now begun the filming in Chennai on Sunday. Thalaivi, which will be directed by Vijay, will be made in Tamil, Hindi and Telugu.

With the blessings of Jayalalithaa ji today Kangana and her team started the shoot of her biopic ...Thalaivi - The revolutionary leader pic.twitter.com/GcB6f6tG93

Kangana, who was last seen in Judgmental Hai Kya, spent close to six months on prepping for this project. She underwent Bharatanatyam classes, learnt Tamil and even spent hours in the prosthetic make up sessions.

While the entire cast has not yet been revealed, it has been confirmed that actor Arvind Swami will play the role of former Tamil Nadu Chief Minister and actor MG Ramachandran. 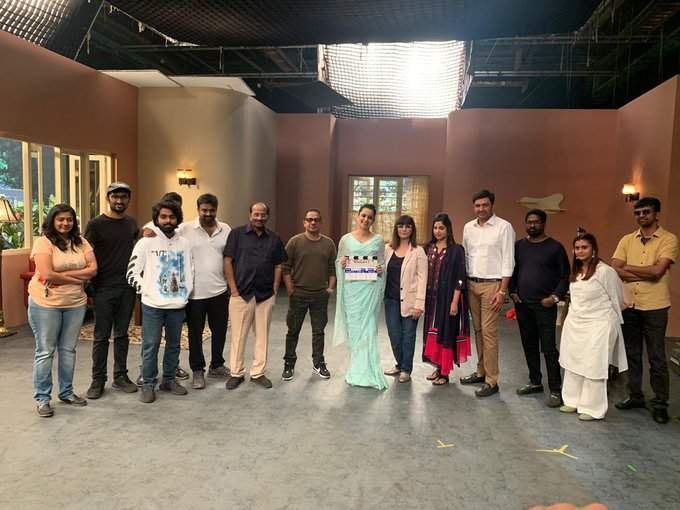 When the project was announced earlier this year with Kangana, a section of the audience wondered if she was fit for the role.

This is how measurements for prosthetics are taken, it’s not easy to be an actor, Kangana so calm even in something which is so suffocating for us to even watch pic.twitter.com/APQ9OSP2aT

Vijay clarified his stand on roping in Kangana in an interview. “This is a pan India film, and Kangana is apt for the role. She is one of the biggest stars in India today and I think it is right that a top star plays the role of an important politician. This way, the story will also reach audiences across India. We consider this a pan-Indian film, not a regional one,” Vijay said.

He also added that the decision to cast Kangana was not made easily. “There was a lot of discussion before the decision was made to cast Kangana; we met several people as well. She is extremely excited about the project and wants to portray her with utmost honesty. She is learning Tamil for the film and will also be part of a one-month workshop to get into the character.”