Justin Timberlake had a close call on Tuesday afternoon. While arriving at the Louis Vuitton Spring/Summer 2020 show at Paris Fashion Week with his wife Jessica Biel, the star was tackled by celebrity prankster Vitalii Sediuk.

Videos and photographs that surfaced shows a man wearing glasses holding on tight to Timberlake’s leg while Biel grasps his hand for support. 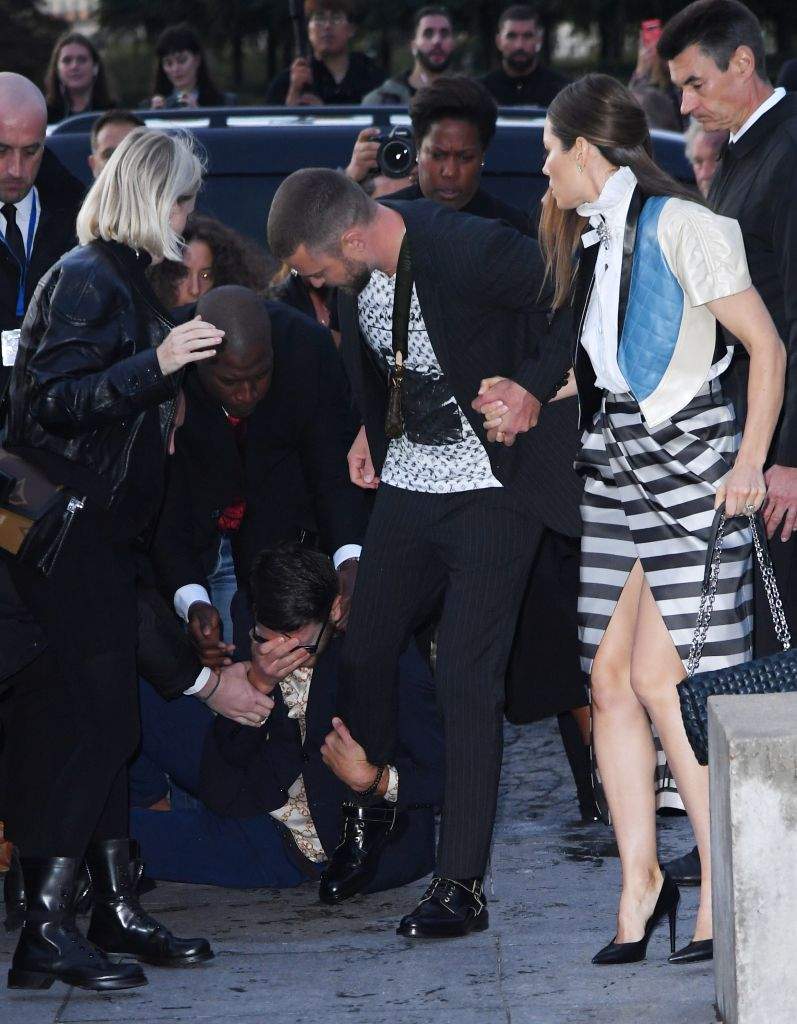 After security broke Timberlake free, both the singer and Biel laughed it off and took the incident in stride. But the couple seemed to shake off the tackle attempt when they were later seen posing together in front of the Louvre before heading into the LV show.

Sediuk is known for his crashing of red carpet events, especially during Paris Fashion Week.

He made a huge mark when he put his face in Bradley Cooper’s crotch at the 2014 Screen Actors Guild Awards. He’s also tried to lay a kiss on Will Smith in 2012 at the premiere of Men In Black III and gave Ciara a hug while not wearing pants outside Balmain’s Paris Fashion Week show in 2014.