During the promotions of her latest outing,  Maleficent: Mistress of Evil, actress Angelina Jolie opened up about her experiences on set and how she had a “tough time” filming following her split with Brad Pitt.

"I'd been coming off a few years of difficulty, and I was not feeling very strong. In fact, I was feeling pretty broken. It took me a moment to feel the strength of [Maleficent] again," she said in an interview. Jolie has appeared in a film after a hiatus of almost four years. Maleficent: Mistress of Evil released on October 18. 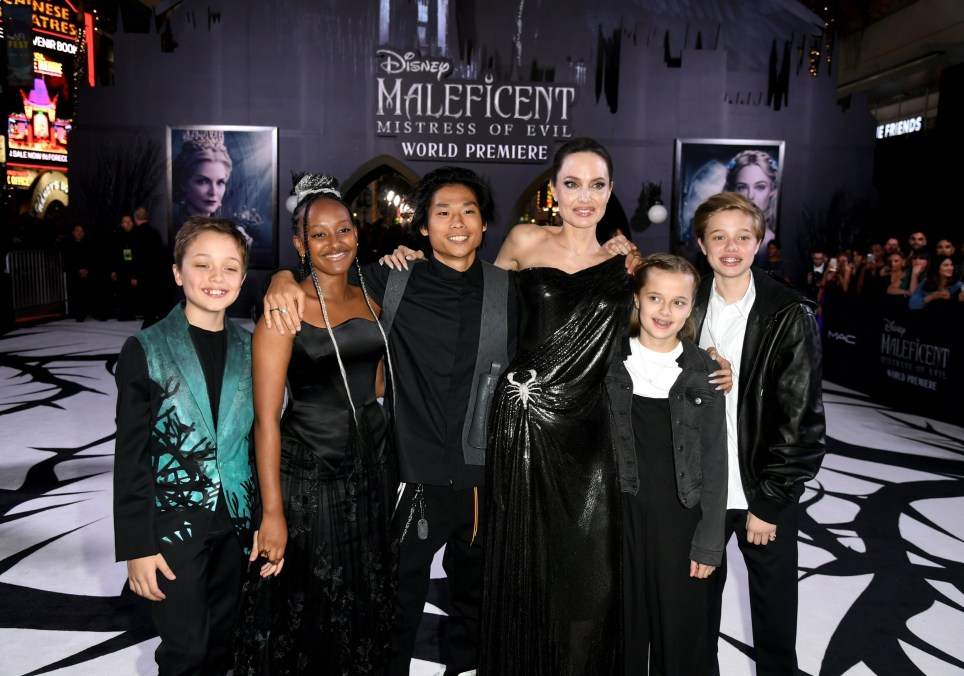 Jolie also revealed that her kids are not making cameos in any of the Disney films. "I tried, nobody was interested!" the 44-year-old star said. Instead, Jolie said that her kids Maddox, Pax, Zahara, Shiloh, and 11-year-old twins Knox and Vivienne have other ambitions. "None of my kids want to be actors. [They're into] business, humanitarian affairs, things like that," she revealed.

Even her youngest daughter, who appeared in one of the scenes in Maleficent as young Aurora, kept her distance from the cameras. "Vivienne still can't believe I made her a princess," Jolie said. "She likes her overalls, I can't put her in a dress. So she's like, 'how could you make me a princess?'"