Sarah Hyland on how her Modern Family costars, her dogs and her fiance Wells Adams helped her deal with depression

Sarah Hyland is on a happy high. Not only did her character Hayley Dunphy on the show Modern Family just become a mother to twin babies, presenting a whole new arc to her character, but on the personal front, Hyland recently got engaged to Wells Adams (of The Bachelorette fame). Hyland, who suffers from chronic kidney disease, recently underwent a transplant in 2017 and has been quite vocal about her battle with her health. “You have to actively stay positive throughout things. It can take a toll on your mental health and your body, but as long as you surround yourself with the right people and stay positive. But I’m good,” says the 28-year-old star. As the final season of Modern Family airs, we spoke with Hyland about her health battles, what to expect from Season 11 of the show, and more.

You have been outspoken about some of the health battles that you’ve had. How are you doing right now?
I am good you know. You have to actively stay positive throughout things. It can take a toll on your mental health and your body but as long as you surround yourself with the right people and stay positive. But I’m good. 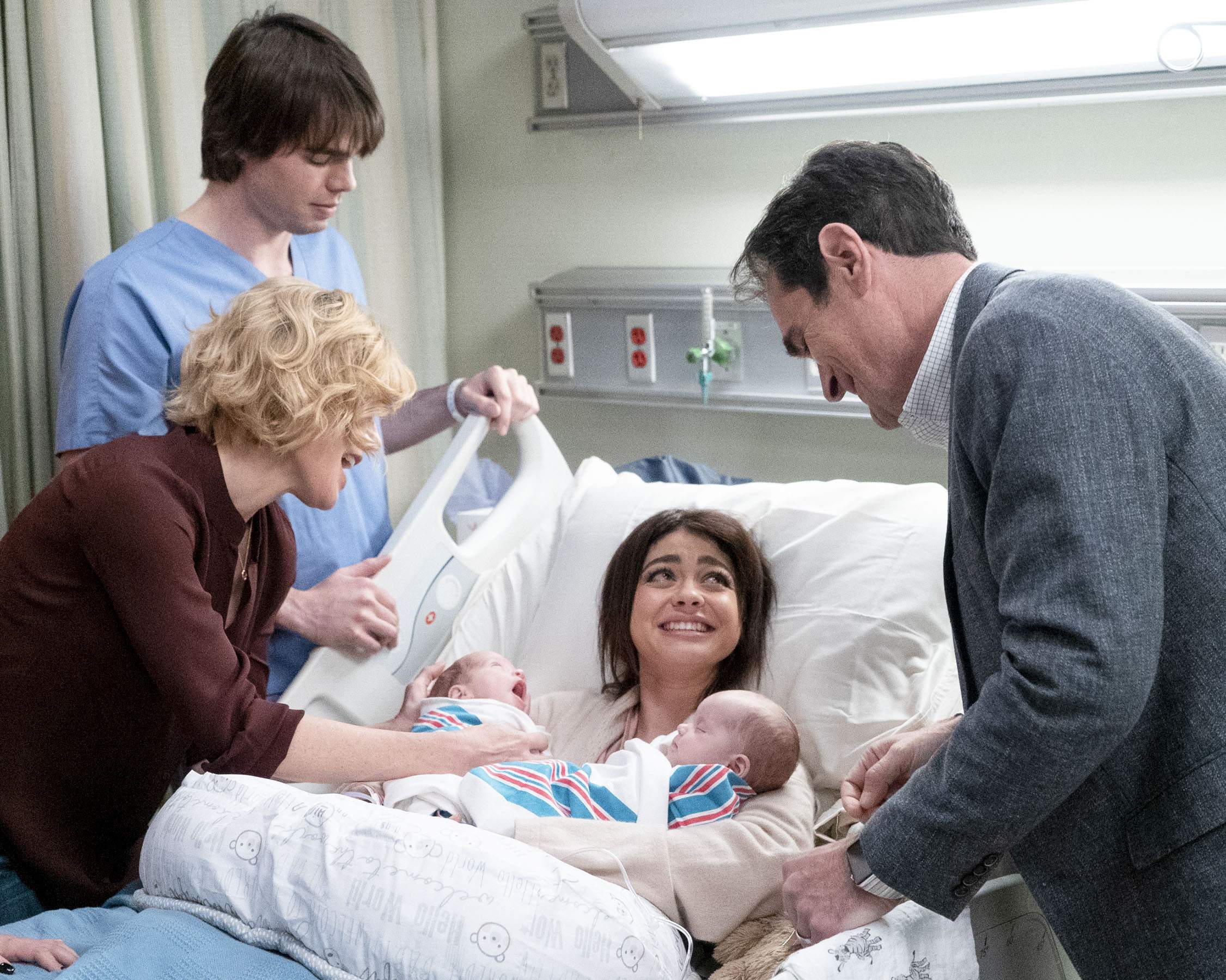 A lot of people don’t know, but you had two kidney transplants, you had 16 surgeries in total and that’s a lot for anybody but you’re only 28 years old. So what kept you going through some of these parts?
Most of the surgeries I had were before I was four, so that’s, at least that’s a kind of a distant memory! But surrounding myself with my friends, this sisterhood that I have with these girls, which is amazing, also dogs are the greatest thing ever to happen. In the entire world! Dogs are amazing, everyone’s best friend, they really get me through a lot.

Being on a show, that is a comedy, a lot of laughter and a family environment. Did that help as well?
Ohh, for sure, I mean it’s one of those things where, it’s not like you’re in denial about what’s going on in your medical life, but just kind of distract yourself with things, you know. You have to compartmentalize everything and being at work is so amazing to me because it’s what I love, I have been doing for 24 years now. The cast is amazing, the crew is amazing, we are on our 11th season now and most of the members are with us since day one so I have really grown up with these people, I have seen people get married, have kids, all of that, they always can tell if I’m not feeling well, our props guys, they would be like “I’m here if you need anything, I can tell and I know you don’t like to complain but, if you need anything, just let me know” they have been really amazing to me.

You had to face these issues while you were working on Modern Family?
I had gout actually. It is like this thing that crystallises in your bones and is extremely painful.

So you were working on one of the most hilarious shows on television and being funny and yet going through that pain every single day. You were also going through major depression because of the sickness and thought also of taking your own life. What got you out of that?
It ended up being myself that got me out of that. I had to do it on my own and that is what I told myself. I have an amazing job, an amazing support system, but after 26 years of just always being sick and always in that chronic pain every single day, and you don’t know when you’re going to have the next good day, it was really really hard for me. And I would write letters in my head to loved ones of why I did it and my reasoning behind it, and how it’s nobody’s fault. And I didn’t want to write it down on paper, because I didn’t want anybody to find it.

How close did you get? Were you really close to doing that?
I was very very close, yeah.

What was that one thing that said ‘I am not going to do this’?
I finally said it out loud to someone and that someone I had been saying, I need to go to see a therapist and they’re like why go to a therapist just talk to me and when I actually said it to them, they were like you need to see a therapist. And that’s when I went like I don’t think you can help me, I need to do this on my own and really do even more digging and soul searching and just saying it out loud helped immensely because I had kept it to myself for months and months at a time.

What would you say to someone who’s going through what you did?
Every person with their anxiety or depression is different or suicidal thoughts, every individual is different so I wouldn’t just rely on everything that I am saying. I am just sharing my story but I think talking to someone and saying that out loud really makes it sound almost ridiculous and puts everything into perspective. 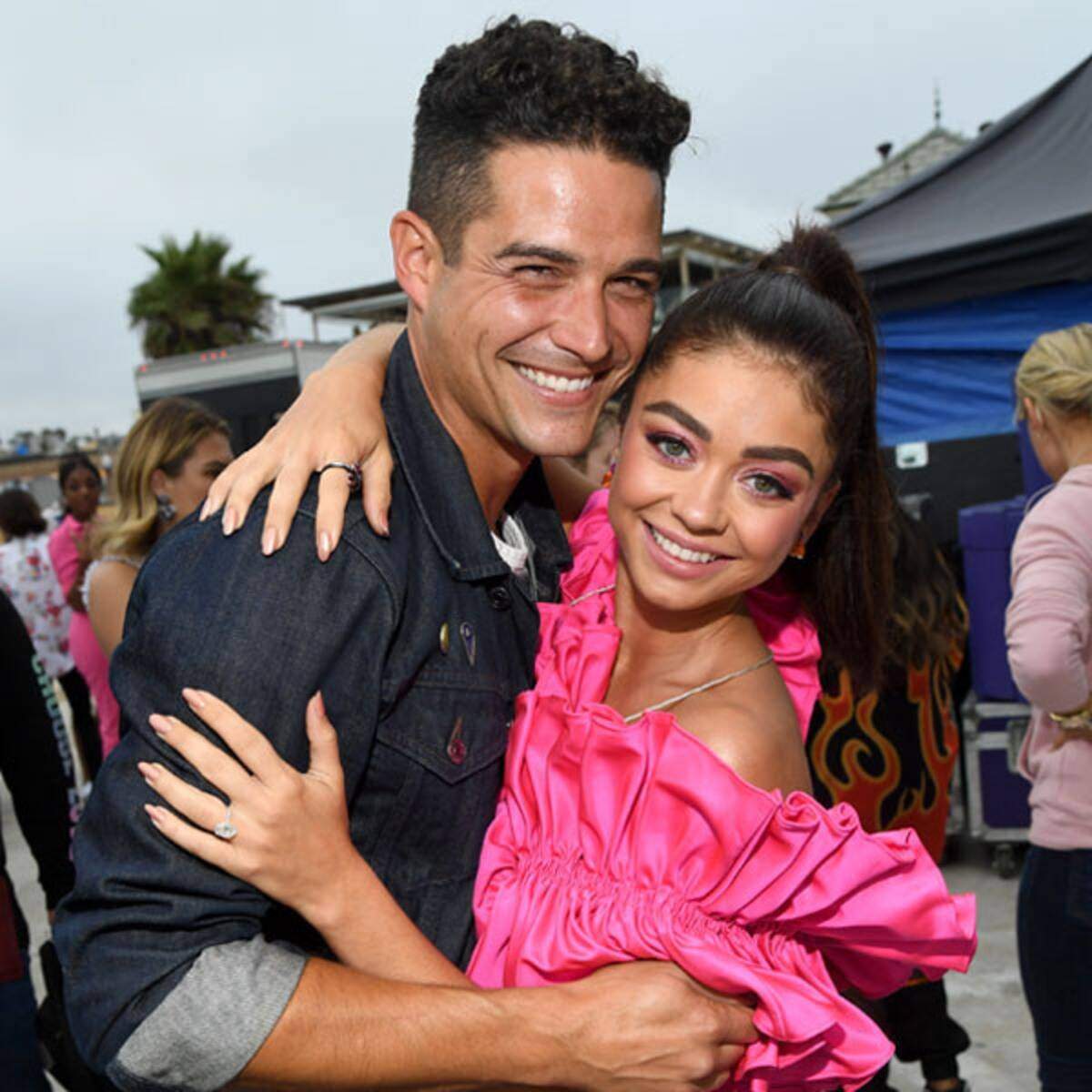 Congratulations are in order because you have gotten engaged! How did you know him? How did this love affair take rout?
I saw him in the Bachelorette and then he became bartender on Bachelor in Paradise and that’s when I was like yeaaah!

You probably would’ve watched Bachelor in Paradise or did you migrate to that show just to see him? How did you guys connect?
No, I had already seen it and I thought he was really hot and then he slid in them DMs because I tweeted about him.

Now, Modern Family’s final season is coming up and I have this question – Do you own a yacht?
I wish I owned a yacht. I am not Sofia Vergara.

This year your character has twin babies. Did you like working with the little babies?
I do. Normally the actor’s book of show business is like don’t work with babies and animals. And I love working with the babies. They smell so good. 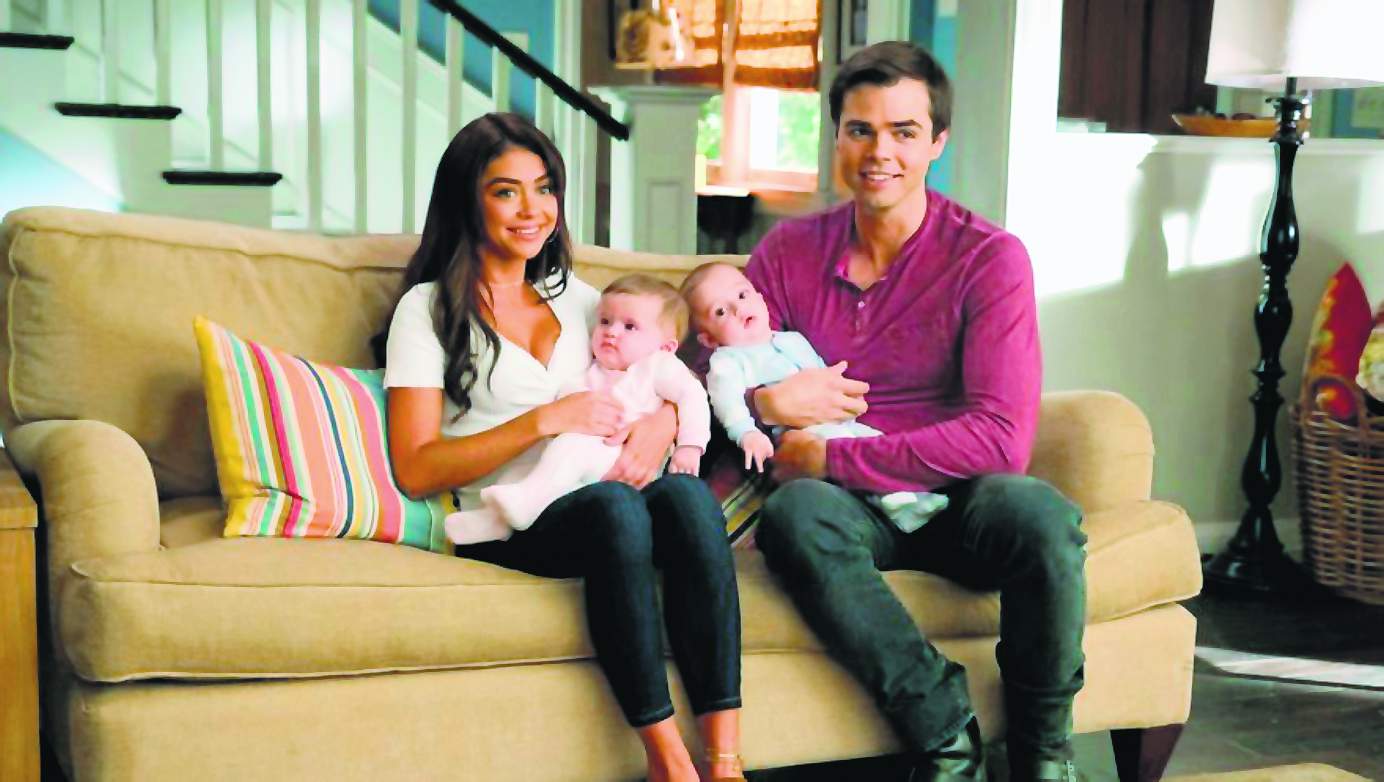 And you mentioned, it’s the 11th season of the show, we have grown up watching you, we watched you grow up, on air. The final season breaks a lot of our hearts!!! We don’t want it to end, and your character Hayley, she’s pregnant with twins, how is it to walk around with a fake baby bump?
Yeah, it is a lot, it’s like a 10 pounds basically. So in my head, I’m like, I don’t need to work out anymore, cause I’m carrying 10 pounds on me at all times, at work. But then I’m doing that, but when I look down, subconsciously I’m like, oh no, I’m pregnant for real! And then I would go to crafty and have 6 doughnuts in one sitting, and it’s fine. I’m eating for three!! But I think at the end of the day I have to take off the 10 pounds, and I’m like oh, I really should not have done that. That’s not okay. I subconsciously became a very method actor as a pregnant lady, it’s a lot of fun for my taste buds, I’m not gonna lie!

But of all the characters all the parents on the show, which character, is your character, Hailey most likely be a parent like?
I wanna say and I feel like everyone’s opinion will probably be that, she would be more like Gloria, you know like, fashionable and cool, but I mean, think about Claire a young girl with, we talked about this in lot, in the show, she was a dung-ball and lot like Hailey so I think it would be great for the story like if, Hailey kinda turns into her mom. Cause who doesn’t turn into their mother?

If you want to or not!
If you want to or not, you turn into your mom, you get all the best qualities and sometimes you say something and you’re like. Oh my god! I’m my mother, what is happening? So I feel like that would be amazing to see Hayley kinda turn into a Claire but have that realization so where Claire loves it and Hailey is like “ how do I make this stop!” And that would be really funny!

And you have had some really amazing guest stars, mark shorts, Nathan lane. Is there any particular person you wish you had, what’s your wish list guest?
I'd probably have to say. Carol Burnett. She’s just timeless classic. She’s just one of the mothers of comedy. So I think it would be great if she was Dylan’s grandma or something, because you know I’m the writer and producer of Modern Family! Because I make all the decisions! (Sarcasm)

You have already written her in!
Yeah! In my head!